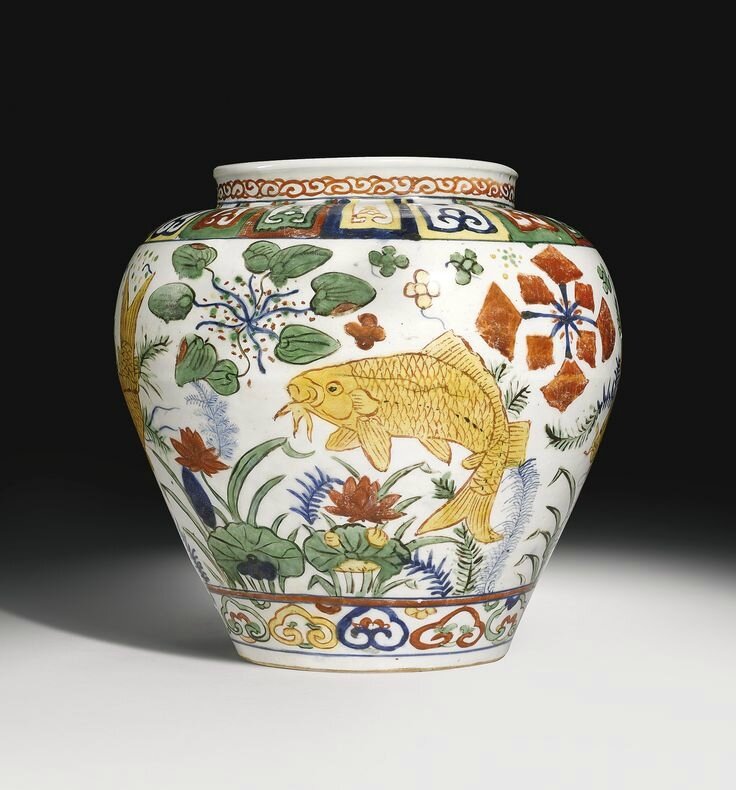 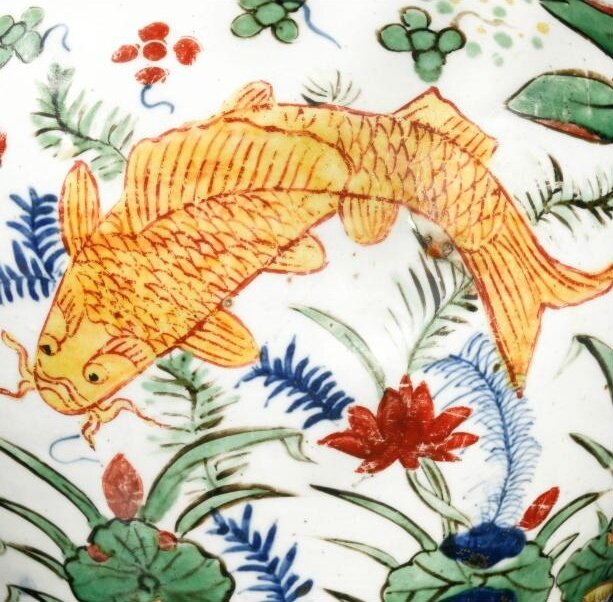 the tapering ovoid body surmounted by a short neck with lipped rim, painted to the exterior with carp swimming in a lotus pond admist aquatic plants, framed by a lappet band above and ruyi heads below, the neck encircled with a classic scroll band, the base inscribed with a six-character Jiajing mark, Japanese wood box. Quantité: 2.

Note: Two closely related jars from the Oppenheim collection and now in the British Museum are illustrated in Jessica Harrison-Hall, Ming Ceramics, London, 2001, pls 9:117 and 9:118; another in the Metropolitan Museum, New York, is published in Suzanne G. Valenstein, A Handbook of Chinese Ceramics, New York, 1989, pl. 169; and a third from the collection of Mrs Otto Harriman, included in several exhibitions including the Oriental Ceramics Society Arts of the Ming Dynasty, London, 1957, cat. no. 204, was sold in these rooms, 9thJune 1987, lot 238. 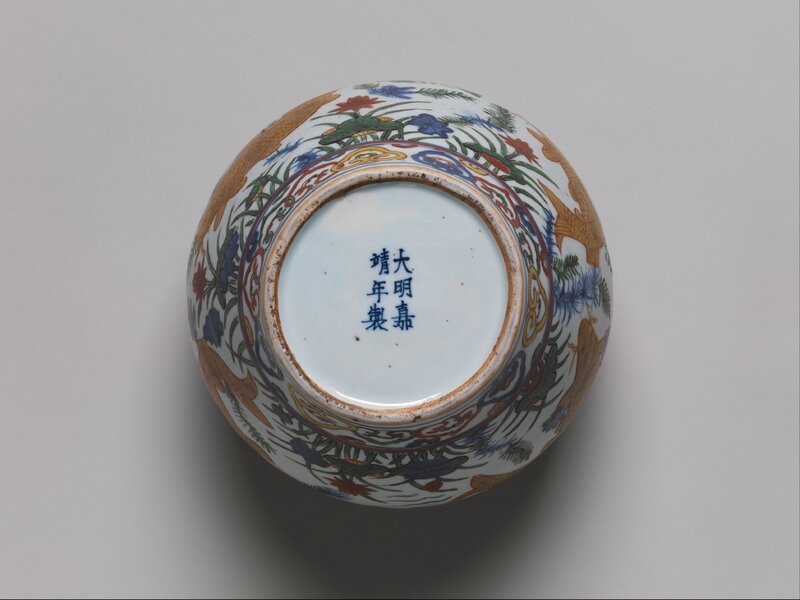 The Jiajing emperor was a fervent patron of Daoism and the motifs that decorated the arts of his reign were steeped in Daoist imagery and iconography. Fish as an image of freedom from restraints have played an important part in Daoist thought and the association is found in the ancient Daoist classic, Zhuangzi, of the late 5th century BC. For a discussion on fish jars of the Jiajing period, see Regina Krahl, ‘The Pleasure of Fishes’, Fine Chinese Ceramics and Works of Art, Sotheby’s New York, 11th/12th September 2012, pp 196-199.