ROME.- From 18 December 2012 to 2 June 2013 the Chiostro del Bramante is hosting Brueghel. The Fascinating World of Flemish Art, the largest exhibition devoted to the famous artistic dynasty ever to be held in Rome. The exhibition represents a unique opportunity to admire the masterpieces produced by an entire dynasty of exceptional talent active between the sixteenth and seventeenth centuries, and trace the 150-year timeline of this family and artistic history.

Curated by Sergio Gaddi and Doron J. Lurie, Senior Curator of 16th - 19th Century Art at the Tel Aviv Museum of Art, the exhibition is part of a major international initiative that is now coming to the Eternal City for the first time, presenting a enhanced, original version of the shows staged in Como and Tel Aviv. Featuring almost twenty new works, the Roman retrospective is produced and organised by Arthemisia Group in collaboration with DART Chiostro del Bramante, a continuation of the partnership that produced the successful show Miró! Poetry and Light, in the spring and sees the exhibition Cleopatra scheduled for autumn 2013.

Featuring more than 100 pieces, the exhibition offers an extraordinary opportunity to see these marvellous works of art from major national and international museums and important collections, presented in the atmospheric setting of the Italian capital, in an organic progression that reveals their full story. A truly exceptional event, the show boasts works from prestigious private collections located around the world – works which would not normally be accessible and some of which have never been exhibited before.

This is therefore an unmissable opportunity to appreciate some outstanding masterpieces for the first time in Italy, such as the magnificent work The Seven Acts of Mercy (1616-1618 ca.) by Pieter Brueghel the Younger, where various manifestations of charity are explored and highlighted in intensely rendered figures, or the superb The Seven Deadly Sins by Hieronymus Bosch (1500 ca.) and The Conjurer by the school of Bosch, also present in the exhibition and never previously exhibited in Rome.

And it is the relationship between Bosch and the head of the Brueghel dynasty, Pieter the Elder (1525/1530 ca. – 1569), that marks the start of this story: Boschʼs disenchanted vision of humanity shaped European art for centuries to come.

Pieter Brueghel the Elder drew inspiration from the dreamlike visions of his ʻspiritual teacherʼ, reworking them in a more earthly key, and moving from a sophisticated style with a traditional focus to a more vivid, realistic aesthetic. He paid close attention to the landscape and the relationship between man and nature, and his depictions of peasant dances and illustrated proverbs were to have a lasting influence on Flemish painting, heralding a definitive turning point that opened it up to the modern world.

His renderings of the rural world, symbolic explorations of the meaning of life, rose to international success in their day, while after his death, the comic and grotesque elements typical of his paintings were adopted as a model by his sons, Pieter the Younger (1564 –1638) and Jan the Elder (1568 – 1625).

Compared to his brother, Pieter the Younger followed more closely in his famous fatherʼs footsteps (to the point of creating genuine copies of his works, some of which remain the only trace of originals that have now been lost). He did however enrich his predecessorʼs style and subject matter with his own personal interpretations, as can be seen in the splendid painting The Bird Trap (1605) – the vibrant colours and atmosphere of which encapsulate all the distinctive features of Flemish Baroque. On the other hand, Jan the Elder, nicknamed ʻVelvetʼ Brueghel for his consummate technique, showed more of an interest in renewing his fatherʼs aesthetic, becoming a point of reference for subsequent “Brueghelian” artists.

The family tree continued to grow and branch out, from the patriarch to his furthest descendents, in a complex network of relationships that the exhibition presents with great precision, right down to the eleven children of Jan the Younger, five of whom also became painters. By the mid seventeenth century the Brueghel ʻstyleʼ was recognised as a genuine hallmark of quality.

The exhibition focuses on the story of each artist and analyses the lives of figures such as Jan van Kessel I (1626 – 1679), the son of Paschaise, Jan Brueghelʼs sister, and Ambrosius Brueghel (1617 – 1675), an artist who was extremely talented but is little known and studied. The show closes with David Teniers the Younger (1610 –1690), who was connected to the Brueghels through marriage to the daughter of Ambrosius, and Abraham (1631 – 1697), the last distinguished representative of the artistic dynasty, which with more than a 100 years of history, had risen to legendary status.

The exhibition explores the works of Pieter Brueghel the Elder and his descendants, taking us on a fascinating journey through the golden age of Flemish painting in the seventeenth century to discover the visionary genius of an incredible five generations of artists who together – like no-one before or after them - encapsulate the style and trends of more than a century of art.

SECTION 1 - The background and origins of the dynasty

The first section is devoted to the historic and cultural setting which formed the milieu for the art produced by the head of the entire dynasty, Pieter Brueghel the Elder. In the sixteenth century, while in Italy the work of Michelangelo, Leonardo and Titian pursued a sublime, ideal vision of humanity, in the Netherlands – also thanks to the Protestant Reform and the theories of Calvin – attention began to move towards nature, which became a subject in its own right, rather than just a backdrop. The landscapes of Henri met de Bles and Joachim Patinir and the stunning Tower of Babel by Marten van Valckenborch and Hendrick van Cleve were the first signs of significant developments that Pieter Brueghel the Elder was to interpret with striking originality. Brueghel began his artistic career in the studio of Pieter Coeck Val Aelst, but found his true inspiration in Hieronymus Bosch, whose works The Seven Deadly Sins and The Conjurer, created together with Bosch school, also appear in the exhibition.

SECTION 2 – Following in the footsteps of Pieter Brueghel the Elder

The second section is dedicated to the sons of Pieter Brueghel the Elder: Pieter the Younger and Jan the Elder. The former, chronicler of his time, revisited his fatherʼs themes but also succeeded in developing and enriching them, particularly rural scenes and depictions of everyday life. He analysed human weaknesses with tolerance and insight – as we can see in the paintings Wedding Dance in the Open Air and The Seven Acts of Mercy – also anticipating the romantic idea of the sublime force of nature, in the renowned work Winter Landscape with Bird Trap. Jan the Elder, unlike his brother, was a more cosmopolitan, urbane figure: he travelled to Italy, worked with Rubens and was the first significant painter of flowers and still lifes. Nicknamed ʻVelvetʼ Brueghel for his consummate technical prowess, he features in the exhibition with around 20 works, including the refined Temptation of St. Anthony and Rest on the Flight into Egypt, where his depictions of nature reveal the vivid, independent style he was pioneering.

SECTION 3 – Genius and innovation in Flemish art: the Brueghel style

The third section looks in detail at the complicated artistic relationships between various members of the Brueghel family tree and their profitable creative partnerships with different artists, such as that between Jan Brueghel the Younger and Frans Francken, Joos de Momper and Hendrick van Balen. By now the Brueghel ʻstyleʼ had become a sort of hallmark, a sure-fire guarantee of quality, and it was for this reason that many family members decided to go into painting, following in the family tradition. These included Ambrosius Brueghel (the brother of Jan the Younger) and Jan Pieter Brueghel (the son of the latter), who went on to produce allegories and still lifes, capitalising on the popularity of an instantly identifiable style which was incredibly recognisable to the public and much appreciated.

SECTION 4 – The wonders of the world, symbols and allegories

Jan the Elderʼs technique and style were taken up by his son Jan the Younger, to whom ample space is devoted in the exhibition, along with a specific section on genre painting that looks at flowers and symbolism. With his use of allegory, the artist followed in the footsteps of his father, whose lush, striking floral compositions were almost a recognised ʻbrandʼ. Flowers conveyed the vanitas message and expressed Christian values, also referencing classical traditions. The idea of the wonders of the world – the unexpected and the exotic – which can also be observed in the contemporary popularity of the Wunderkammer (literally ʻChamber of Wondersʼ), comes through clearly in the paintings of Jan the Younger, which were much in vogue in the seventeenth century and a great success with the rich bourgeoisie. Works in the exhibition include his splendid allegories of ʻwarʼ, ʻpeaceʼ, ʻwaterʼ, ʻloveʼ, ʻsmellʼ and ʻhearingʼ.

SECTION 5 – The legacy of a dynasty

The last section of the exhibition completes the overview of more than 100 years of the Brueghel workshop, which rose to legendary status in the second half of the seventeenth century. Their story also includes other great painters linked to the dynasty by marriage, like David Teniers the Younger, who married Jan the Youngerʼs sister Anna, and was one of the greatest narrators of the rural world in the seventeenth century, albeit not with the stern moral gaze of Pieter Brueghel the Elder. Also featured is Jan van Kessel the Elder, the son of Paschaise , another of Jan the Youngerʼs sisters (Jan the Younger was the first of ten siblings and in turn went on to have eleven children), who has a room of his own in the exhibition, presenting his painstakingly detailed ʻstudies of butterflies, insects and shellsʼ. And Josef van Bredael, who signed himself JB to recall Jan Brueghel and was an attentive imitator of the great artist. Lastly we come to Abraham, the last distinguished figure of this famous family, who broke with tradition to pursue a more textural, less calculated and more instinctive style (his telling nickname, ʻthe riotousʼ, is a far cry from his grandfatherʼs ʻVelvetʼ moniker). After undertaking the classic tour of Italy he decided not to return to Flanders, thus bringing to an end the largest and most significant lineage of Flemish artists, shortly before the new languages of the eighteenth century made their appearance.

With its sheer scope, rich historical background and fascinating works of art, the exhibition promises to appeal to a varied audience, and also offers educational activities for children and animated guided tours for the youngest visitors, with workshops designed to involve them in the intriguing artistic and family history of the extraordinary Flemish dynasty of the Brueghels. 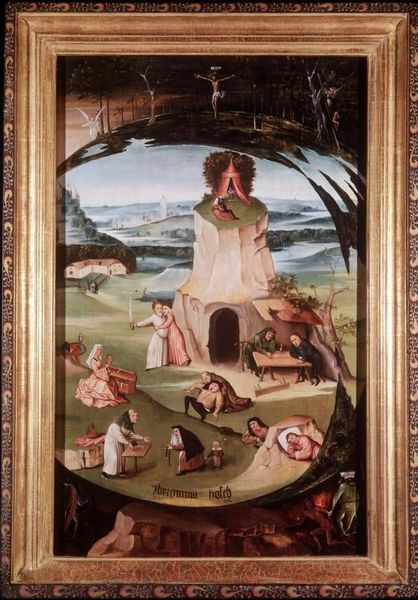 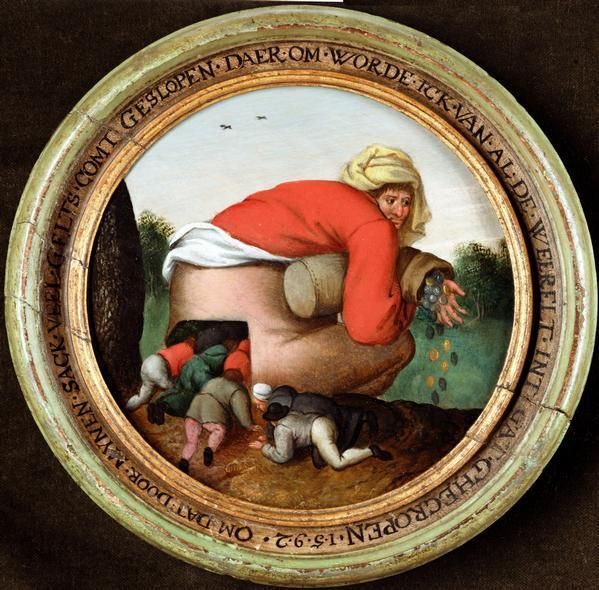 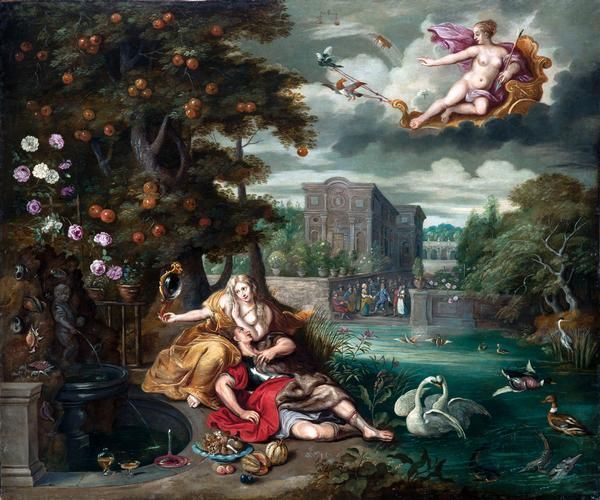 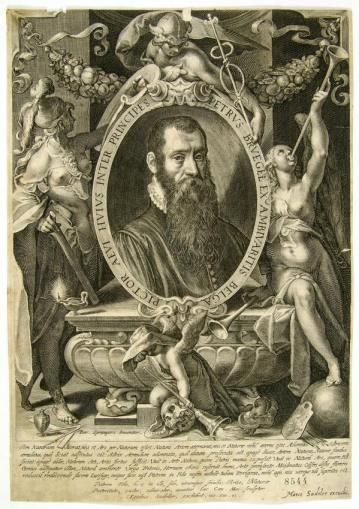