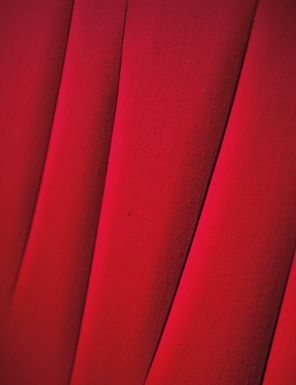 NOTE DE CATALOGUE
Executed in 1965, at the height of Lucio Fontana’s career, Concetto Spaziale, Attese is a simultaneous display of controlled stillness and rhythmic spontaneity. Being part of his Tagli (cuts) series, this work is an example of the artist’s exploration of spatial depth, first iniated in the 1950s with his Bucchi (holes) series, and is part of one of the most iconic bodies of work to have emerged from the post-war era. In them Fontana defied the long-standing Western pictorial tradition in which the canvas was revered and served the function of being a support for representation. In a radical gesture, Fontana treated the flat surface as an artistic object in its own right, and by perforating and slashing it, explored the conceptual depths beyond the limits of the two-dimensional picture plane.

Fontana’s slashed canvases were first exhibited in 1958 in Milan at the Galleria del Naviglio, and then in Paris in the Galerie Stadler the following year. The celebrated and influential art critic Michel Tapié wrote the catalogue for this exhibition and the present work is testament of their enduring relationship based on mutual admiration and respect – on the reverse of Concetto Spaziale, Attese Fontana wrote Andrò a Torino a vedere Michel Tapié (I’m going to Turin to see Michel Tapié). Indeed in 1961 Tapié would describe the artist as “one of the most audacious pioneers and one of the most stimulating leaders of our contemporary art world; a man who has created with a new perception certain axioms and new mechanisms for his work” (Michel Tapié, Devenir de Fontana, Turin – Tokyo, August 1961, p.18).

Concetto Spaziale, Attese is a masterful lesson of duality: the boundaries between painting and sculpture are blurred by the introduction of a third dimension into the originally flat picture plane. As the artist himself declared in his last recorded interview: “I make a hole in a canvas in order to leave behind the old pictorial formula, the painting and the traditional view of art and I escape, symbolically, but also materially, from the prison of the flat surface” (the artist speaking in 1968 in: Exhibition Catalogue, Amsterdam, Stedelijk Museum; London, Whitechapel Art Gallery, Lucio Fontana, 1988, p.34).

Having been almost exclusively a sculptor until his forties, it was only natural that Fontana would challenge the twodimensionality characteristic of the medium of painting, exposing with a simple gesture the abyss of blackness that hid behind the flat surface of the canvas. The violence suggested by the perforations contrasts with the harmonious overall composition. The four incisions respond to a pattern; two inclined and two vertical perforations that remain still, as if floating on the canvas. Fontana attained the unattainable; to render the canvas with both serenity and rhythmic dynamism. The result is a mesmerizing dance between opposites; calm and violence, the fleeting moment captured eternally, lingering on the flat surface now open to a new spatial dimension.

For its execution the artist painted the canvas ground with an industrial emulsion in pure monochrome. Still damp, he placed it on an easel where he would then perform the cuts with a sharp, precise movement of his Stanley knife. That crucial, unrepeatable moment was captured in the slits that opened the canvas, in which the artist’s gesture remained suspended in time. Fontana would then perform the final touches on the artwork, enlarging the furrow with his hand and easing the edges of the perforations inwards. The striking crimson pigment that saturates the ground of Concetto Spaziale, Attese appears as blood seeping from an open wound, likening the artist’s final gesture to that of Caravaggio’s Doubting Thomas. The seductive red with which Fontana coated the painting makes it an arresting example of his mastery. We can almost feel the sharpness of the blade that performed the cuts, penetrating the richly coloured surface and traversing the picture plane. Throughout History red has carried multiple associations, both religious and cultural. In the Middle Ages and during the Renaissance red was often used as the colour for the Virgin Mary’s robes or for Christ’s Passion. Red is also the colour of blood, of heroism and bravery.

The title of the work – Concetto Spaziale, Attese, is a declaration of what would be the artist’s main preoccupation throughout his career; the investigation of space. The word Attese (expectations), which he would write only on hisslashed canvases, seems to foretell how the artist’s heroic investigation of spatial dimensions would still be seen as contemporary more than forty years after its execution.