From a unique Gentileschi to a rediscovered Reynolds, the Weiss Gallery at TEFAF Maastricht

From a unique Gentileschi to a rediscovered Reynolds, the Weiss Gallery at TEFAF Maastricht 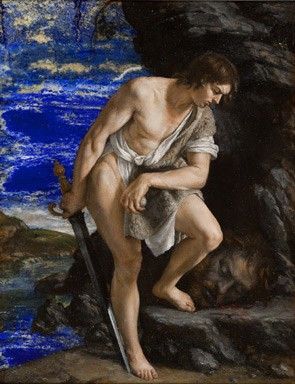 A superb exhibition of Old Master paintings is to be mounted by the leading international dealers The Weiss Gallery at TEFAF Maastricht, the world’s most important art fair, which will take place in the southern Netherlands from 15 to 24 March 2013. It will include a unique painting by the Italian artist Orazio Gentileschi which may have been commissioned as a papal gift, a work by Lucas Cranach the Younger which has been in the collection of a French noble family for more than 80 years, a fine early portrait by Sir Anthony van Dyck and a rediscovered self-portrait by Sir Joshua Reynolds. The Weiss Gallery, which is in Jermyn Street in London, will also exhibit works by three generations of the Pourbus dynasty of Flemish painters. Mark Weiss, Director of the Gallery, has established himself as the leading expert on Pieter Pourbus, his son Frans Pourbus the Elder and his grandson Frans Pourbus the Younger and has discovered a number of works by them.

One of the highlights of TEFAF Maastricht 2013 will be David contemplating the Head of Goliath which is unique in the oeuvre of Orazio Gentileschi (1563 – 1639). The tiny picture, measuring just 25 x 19 cm (9.8 x 7.5in), is the only work by Gentileschi painted on lapus lazuli, a stone mined in central Asia and prized for its intense blue colour. The painting may have been commissioned from the artist as a papal gift by Paul V, one of the Borghese family, who was Pope from 1605 – 1621. This unpublished work has been in private collections in France and Belgium since the 1930s. It has an asking price in the region of €8 million.

Another painting presented for the first time at TEFAF is The Nymph of the Spring by Lucas Cranach the Younger (1515 – 1586), which has belonged to a French noble family for the last 80 years. The symbolism of this work, possibly destined for a member of the court of the Elector of Saxony, is complex but may represent the repose of Diana, the goddess of hunting. Its price will be in the region of €4 million The Weiss Gallery will also be exhibiting An Unknown Lady, in a black mantle, lace ruff and coral beads by Sir Anthony van Dyck. This portrait, priced in the region of €2 million, dates from Van Dyck’s early years in Italy when he set a new standard for 17th century portraiture. The sitter has traditionally been identified as the Marchesa Lomellini-Durazzo, a noblewoman from an important Genoese family.

The Weiss Gallery will show an unprecedented mini-exhibition of seven paintings by three generations of the Pourbus family at TEFAF Maastricht. Pieter Pourbus founded this dynasty of history and portrait painters in Bruges in the mid-16th century. His son Frans Pourbus the Elder left Bruges to settle in Antwerp in the early 1560s and his son Frans Pourbus the Younger became arguably the greatest international court painter of his day. Among the works on show at TEFAF will be The Last Supper by Pieter Pourbus, priced at €525,000, Louis XIII of France by Frans Pourbus the Younger, for which the gallery will ask €750,000, and a portrait possibly of Justus Lipsius, the great 16th century Netherlandish humanist and thinker, also by Frans the Younger, priced at €400,000.

A newly rediscovered work by Sir Joshua Reynolds will also be exhibited by The Weiss Gallery at TEFAF Maastricht. Study for the Uffizi Self-Portrait, was painted about 1774-5 after the Grand Duke of Tuscany asked Reynolds to contribute to the gallery of self-portraits that formed part of the Medici Collection at the Uffizi in Florence. Reynolds was keen to appear as an intellectual and depicted himself in the scarlet robes and black velvet cap of an Oxford University Doctor of Civil Law, an honorary title that he was immensely proud of. This study for his famous Uffizi self-portrait may have been in the collection of the artist’s niece, Mary, Marchioness of Thomond, which was sold in 1821 following her death. It was discovered recently in an English private collection and will be offered for sale for €285,000 at TEFAF Maastricht. Commentaires sur From a unique Gentileschi to a rediscovered Reynolds, the Weiss Gallery at TEFAF Maastricht