BERLIN.- Anish Kapoor is one of the most important of the world’s contemporary artists. Kapoor has developed a multi-faceted oeuvre using materials, such as stone, steel, wax, pigment, PVC and high-tech material. In his objects, sculptures and installations the boundaries between painting and sculpture become blurred. For his first major exhibition in Berlin he uses the whole of the ground floor of the Martin-Gropius-Bau, including the magnificent atrium. Many of the works have been specially designed for this venue. The show, comprising about 70 works, provides a survey of the abstract poetic work from 1988 to the present.

Born in Mumbai in 1954, Kapoor is among the most prominent representatives of British sculpture. He came to London in 1973 to study sculpture at the Hornsey College of Art and has lived and worked there ever since. At that time Hornsey was the most radical of London’s art colleges and the one most open to the Marcuse-inspired revolutions that swept the student movements. In 1990 he represented the UK at the Venice Biennale where he was awarded the coveted prize “Premio 2000” by the International Jury. In 1991 he received the prestigious Turner Prize. Since the early 1980s his works – many of which have won further awards – have been exhibited worldwide.

What is characteristic of Kapoor’s work is his unlimited ability to constantly reinvent the language of art, both in its monumental and in its intimate dimensions, and the many dualities which come to light in his search for aesthetic effects both in perfection and in chaos. His creations are made of natural and artificial materials. They serve Kapoor’s endlessly inventive and suggestive pursuit of abstract metaphor. Some of the works shown in the exhibition in the Martin-Gropius-Bau are described briefly below:

In the late 1980s Kapoor worked with stone. “Wound” is a product of this period: Kapoor has cut a gash in the inner faces of two stones and filled it with deep red pigment. The gash continues along the front of the wall where the stones come together to form a V. The deep red colour emphasizes the organic element. The title of the work calls up numerous images before our inner eye and points to an interpretation.

In Anish Kapoor’s universe there are many black holes. One of the highlights of documenta IX was Kapoor’s room “Descent into Limbo” (1992): In the middle of a walk-in cube a seemingly bottomless black hole opened up in the floor and literally dragged the viewer into itself. A new version of this work can be found in the Martin-Gropius-Bau.

Kapoor’s concave or convex mirror structures stand the world on its head. In the reflection of the brightly polished surfaces the viewer sees a distorted vision of himself and the room. The gleaming high-grade steel mirrors causes the natural order of time and space to fall apart, and the viewer is left to fend for himself. In “Vertigo” (2008) several perspectives appear simultaneously in one reflection. The visitor sees himself in close-up as though through a spectacle lens and at the same time from a great distance. What all his mirror objects have in common is a play with perception. Despite their minimalism they never seem to be hermetically sealed, but open and accessible. They invite the viewer to enter a modern wonderland, thus making him an actor.

When he comes to Kapoor’s wax works the persevering viewer will find himself observing a perpetually changing object. Because of its malleability wax lends itself to designing spontaneous ideas for sculptures and has long been used in sculpture for modelling designs, making impressions, and casting moulds. Kapoor divests the material of its pallor and places it at the centre of his sculptural idea. “Stack” (2007) and “Shooting into the Corner” (2008 – 2009) are works of this kind. In “Shooting into the Corner” a cannon is filled with big red wax cannonballs which are fired at regular intervals into a corner of the gallery. This causes walls, ceiling and floor to be transformed in an archaic and yet picturesque manner on a “spontaneous” basis.

Kapoor does not fit into any ready-made category. It is typical of him that each newly created work redefines the relationship between painting, sculpture and architecture. For the atrium of the exhibition gallery, which is built in Neorenaissance style, Kapoor designed a new sculpture whose form and materiality was revealed at the opening. It is in the tradition of El Lissitzky, the great Russian Constructivist, who worked out a series of lithographies in the 1920s for a re-performance of Malevich famous opera “Victory over the Sun” (première 1913). In “Proun” (the Russian abbreviation of “Project for the Affirmation of the New”) El Lissitzky invented a new world which he himself described as a “way station on the road from painting to architecture”. 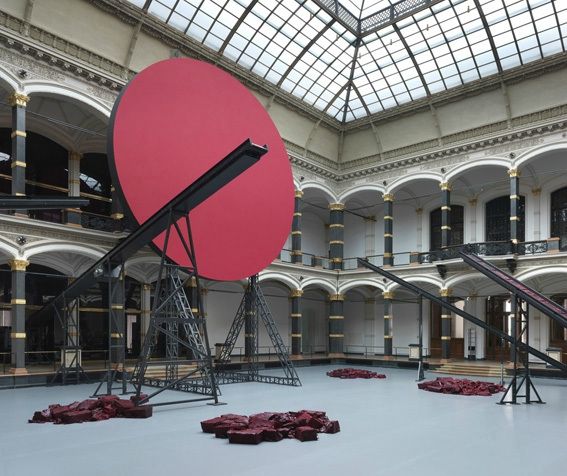 British artist artist Anish Kappor poses in front of his intsalation "Symphony for a Beloved Sun" at the opening of his exhibition "Kapoor in Berlin" at the Martin Gropius Bau museum in Berlin on May 17, 2013. AFP PHOTO / ODD ANDERSEN. A visitor is seen through the installation "Resin" at "Kapoor in Berlin" exhibition at the Martin Gropius Bau museum in Berlin on May 17, 2013. AFP PHOTO / ODD ANDERSEN. 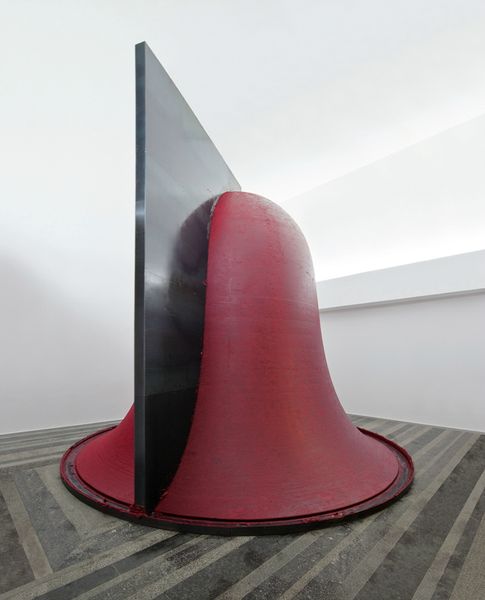 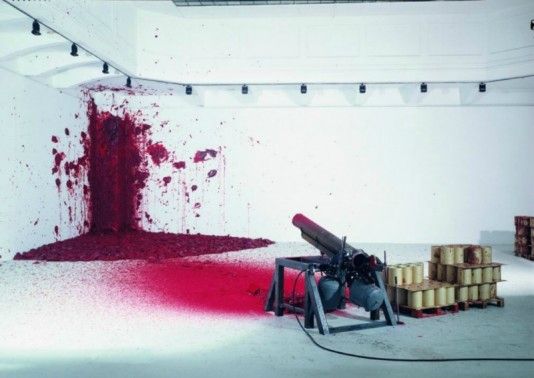 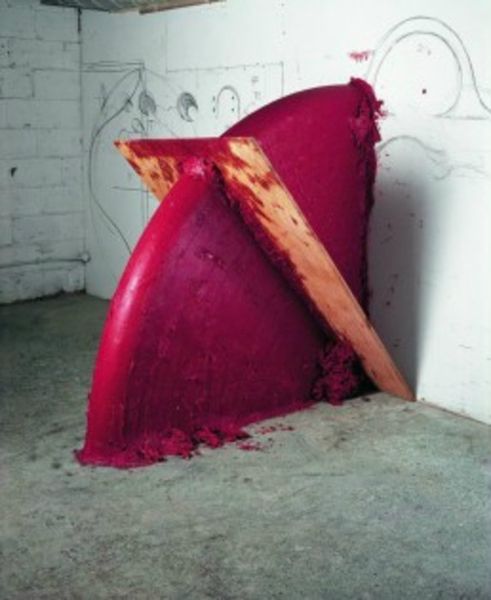