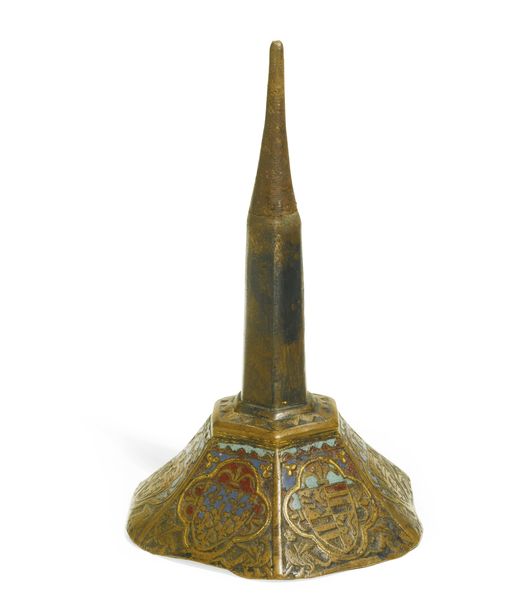 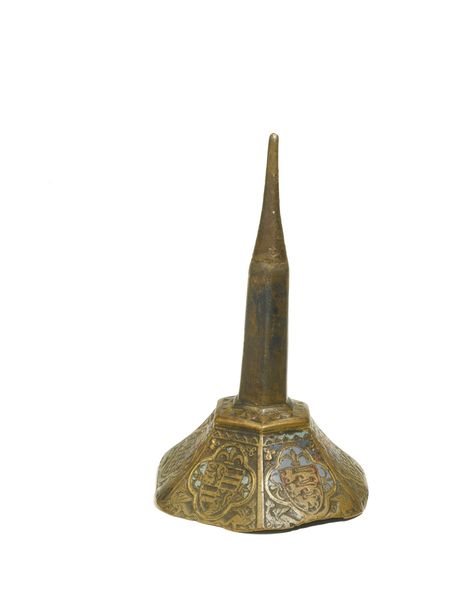 NOTE: These pricket candlesticks were probably made for travel and are usually adorned with coats of arms. They were produced in Limoges in the second half of the 13th and 14th centuries. An example of such a candlestick with Italian arms can be found in the Victoria and Albert Museum, London (inv. no. M.579-1910).