COPENHAGEN.- Twelve golden animal heads loaded with weighty, contrasting symbolism have arrived at ARKEN. Circle of Animals/Zodiac Heads (2010), by the Chinese artist Ai Weiwei, is on long-term deposit from the Frahm Collection. So far, millions of people around the world have seen Ai Weiwei’s reinterpretations of the 12 signs of the Chinese zodiac that once adorned a legendary fountain at the Yuanming Yuan palace in Beijing and were reserved for the eyes of the privileged few.

The work we are now presenting to our visitors at ARKEN is no less than astonishing. Ai Weiwei ranks among the absolute elite of the art world. Circle of Animals/Zodiac Heads is one of his most talkedabout works and was shown in New York and London during the period (April-June 2011) when the artist was imprisoned by the Chinese government on subversion charges. You might say the work gave Ai Weiwei a voice during the 81 days he was cut off from the world. Now, Danes will get a chance for a close-up look at this terrific work by the artist and social critic Ai Weiwei, ARKEN director Christian Gether says.

At first glance, Circle of Animals/Zodiac Heads is a large, appealing installation playfully exploring the 12 signs of the Chinese zodiac. But more than that, the work is an epic attempt to grapple with modern China’s complicated relationship to its own history, reaching back more than 150 years to a dark period of the country’s history.

The animal heads originally adorned a lavish fountain in the Garden of Perfect Brightness in Beijing. The garden and some of the palaces were built on the European model as part of Yuanming Yuan, an ambitious architectural project whose main purpose was housing the treasures of the Qing Dynasty. The opulent residence of the imperial family was built in the 18th and early 19th centuries. Designed by an Italian Jesuit, the fountain functioned as a water clock and was famed far and wide for its beauty and refined mix of European and Chinese cultures. The fountain was destroyed by British and French troops at the end of the Second Opium War, in 1860, marking the beginning of a period of Chinese history that is often referred to as the century of humiliation. Ransacked and looted, the Garden of Perfect Brightness and the twelve bronze animal heads stand as the most potent symbol of this humiliation.

For more than a century, the zodiac heads were privately traded. When five of the heads (Monkey, Tiger, Bear, Ox and Horse) suddenly appeared at auctions in 1987-2000, the Chinese government laid claim to the animal heads as illegally exported national treasures of great symbolic value. The five heads were all bought by Chinese buyers and are stored at The China Poly Group. A scandal ensued in 2009 when the estate of Yves St. Laurent put up the Rat and the Rabbit for auction at Christie’s in Paris, at an estimate of 13 million US dollars each. The Chinese government tried to stop the sale but a court ruled against them, chilling diplomatic relations between China and France. A private French collector later bought the two animal heads and donated them to The China Poly Group.

The loaded references to China’s past and present, and the dramatic events of the auction that played out in the media worldwide, sparked Ai Weiwei’s desire to recreate, reunite and publicly exhibit his version of the twelve fountainheads. Reconstructing the five missing heads, he closes the gap in our imagination. His heads are stylistically predicated on the seven original heads but have striking differences – some are almost naturalistic, others more stylized, challenging the viewer’s notions of concepts like “fake” and “copy.”

Ai Weiwei has made two versions of Circle of Animals/Zodiac Heads – one in bronze with oversized heads, intended for outdoor display, and a more life-like one, in gold, for museum display. It is these gilded animal heads that are now at ARKEN. Their history is long and complex, but as always with Ai Weiwei’s work, we can appreciate them without any prior knowledge, simply contemplating the zodiac signs, or we can delve into the many symbolic layers and references to China’s past and present. Created by an Italian in China, looted by a European army and recreated by a Chinese artist who is being censored in his own country, the heads are now on view in Denmark.

Ai Weiwei’s Circle of Animals/Zodiac Heads, 2010, is on long-term deposit at ARKEN from the Frahm Collection, founded by the brothers Nicolai and Michael Frahm. Nicolai and Michael Frahm, the founders of the Frahm Collection, at the presentation of Circle of Animals/Zodiac Heads at ARKEN. Photo: ARKEN Museum of Modern Art

Nicolai and Michael Frahm, two Danish brothers, belong to the absolute elite of the international art world, as collectors, advisors and curators. They are both in their thirties and based in England. They started their careers in their teenage years, helping their father, Flemming Frahm, the former owner of Skandinavisk Kaffekompagni (home to the brands Gevalia and Karat), build the family’s art collection. Both trained at the Sotheby’s Institute, in London and Singapore, respectively, and work together collecting art and advising collectors around the world. 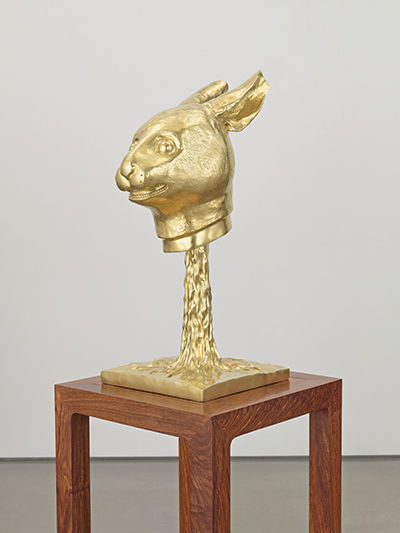 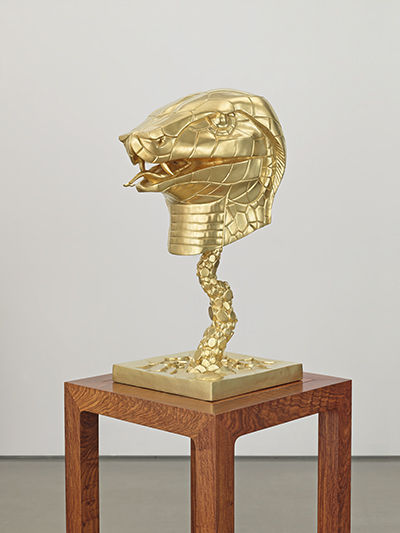