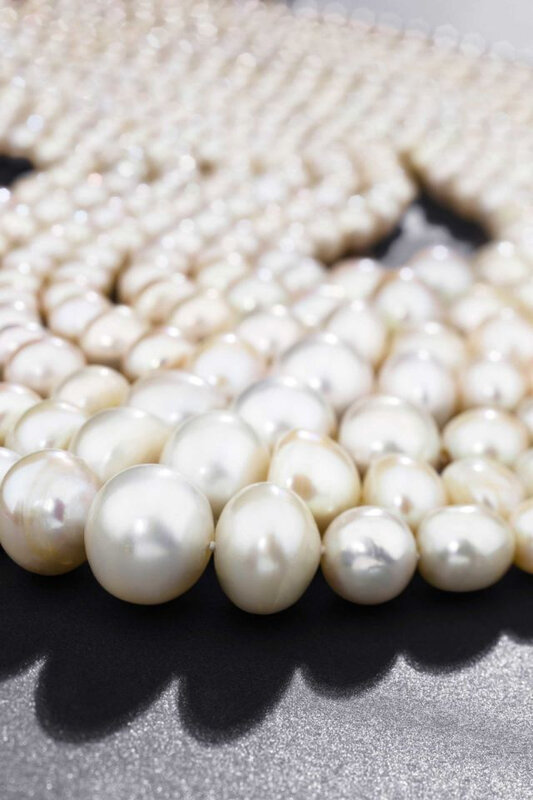 The strands composed of seventy-five, seventy-six, eighty-one, eighty-seven, ninety-one, one hundred, and one hundred and four graduated round to button-shaped natural pearls, measuring approximately 17.05 to 5.1 mm, to the old-mine diamond-set bar clasp, shortest row 53.5 cm.

Accompanied by report no. 69866 dated 20 September 2013 from the SSEF Swiss Gemmological Institute stating that the 614 pearls are natural saltwater pearls, and an Appendix letter for an 'Exceptional Natural Pearl Necklace' indicating that 'These pearls exhibit a smooth pearl surface, resulting in a fine and matching pearl luster. Their colour subtly ranges from white to cream, partly with distinct rosé and green overtones. These overtones - poetically also referred to as the 'Orient of the pearls' - are an iridescence effect caused on the surface of pearls and contribute greatly to the beauty of these pearls.'

'The richest merchandise of all, and the most soveraigne
Commoditie throughout the whole world, are these pearles'