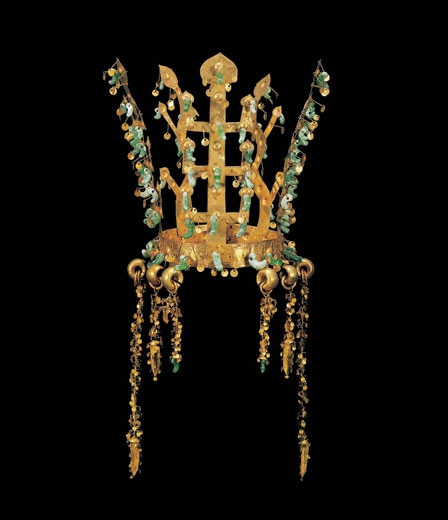 NEW YORK, NY.- The Metropolitan Museum of Art will present Silla: Korea’s Golden Kingdom, an exhibition dedicated to the magnificent art created between ca. 400-800, the seminal era of this intriguing kingdom, beginning November 4. This is the first exhibition in the West to focus exclusively on the art of Silla, tracing its rise from a small polity to a powerful and cosmopolitan kingdom both on the peninsula and within the broader framework of Eurasia, to which Silla was connected via trade, and at times political and diplomatic exchanges. Drawn from the holdings of the National Museums of Korea in Seoul and Gyeongju, the more than 130 objects in this exhibition—encompassing spectacular gold regalia and precious goods and exquisite Buddhist art—introduce American audiences to this fascinating and complex culture. Many of these works are designated National Treasures or Treasures and preserved only in Korea with few, if any, parallel examples in Western museums.

Thomas P. Campbell, Director and CEO of The Metropolitan Museum of Art, stated: “This show is not to be missed. It is a rare opportunity to experience the visual splendor of the Silla kingdom in the first exhibition in the West devoted to the subject. These stunning works of art are rich in beauty and history, extending back to the first millennium and to a kingdom largely unknown to our audiences. Their story will be a revelation to the public. We are deeply grateful to the South Korean government and our co-organizers for lending us the objects in the exhibition, including the exceptional gilt-bronze seated bodhisattva and the many other National Treasures on view.”

Silla rose to prominence in the early fifth century under the rule of a hereditary monarchy known today largely through material preserved in elaborate burial sites in the capital in the present day city of Gyeongju, which was added to the UNESCO World Heritage List in 2000. The first of the three sections in the exhibition features works from significant fifth- and sixth-century tombs of royalty and the elites, including the largest, the Great Tomb of Hwangnam, a double burial of a king and his queen measuring over 260 feet in diameter and almost 400 feet in length. This tomb yielded impressive gold regalia including a belt and a sumptuous crown, one of only five excavated from Silla burials; as well as extraordinary jewelry as well as distinctive pottery, precious metal vessels, and other works. These objects blend imagery derived from local traditions with that from the horse-riding cultures of the Eurasian steppes.

The second section highlights the international nature of Silla culture through objects that were made elsewhere and preserved in these Korean burials. The finds include a unique silver bowl with repoussé decoration of possibly Central Asian or Chinese origin, an inlaid-gold sheath from the Black Sea area or Central Asia, and glass vessels produced throughout the greater Roman Empire. Economic and cultural exchanges with Eurasia continued after Silla unified much of the Korean peninsula in the 7th century, when political ties and trade with Tang-dynasty China (618–907) placed Silla firmly within the vast network of cultural exchanges between east and west that characterized trade on the famed Silk Road. These interchanges are evident in ceramics, statues, and architectural elements featuring imagery from China, Persia, and elsewhere.

The art of Buddhism in the Silla Kingdom is the focus of the third and final section of the exhibition. Adopted as the state religion around 528, Buddhism completely transformed Silla society and culture, spurring both changes in burial customs and the creation of new artistic traditions. Perhaps the most vivid visual clue to this shifting cultural landscape lies in the use or re-use of gold. Once the material of choice for imperial and personal adornments—as demonstrated in the show’s first section—this precious metal would later be used primarily to create Buddhist art. Exquisite sculptures and reliquaries fashioned from bronze and gold—including the famous late 6th-early 7th-century Pensive Bodhisattva (National Treasure 83)—exemplify the height of artistic achievements stimulated by the new religion. Infused with a distinctively native aesthetic, Korean Buddhist art reinterprets styles found in China and South Asian centers, reflecting the pan-Asian nature of this religious tradition. 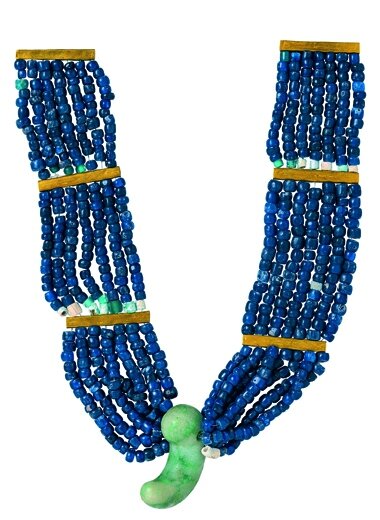 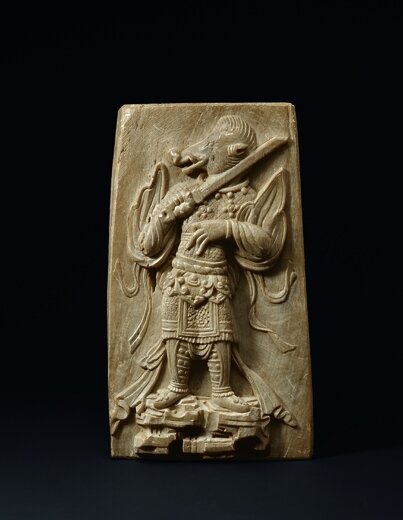 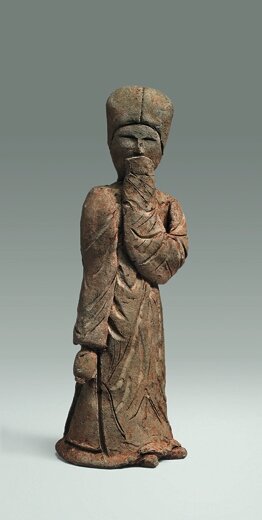 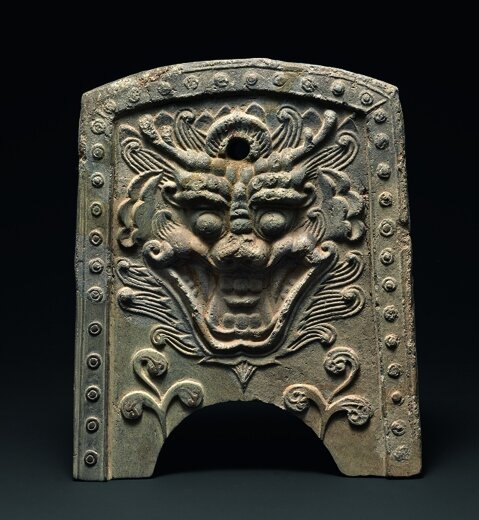 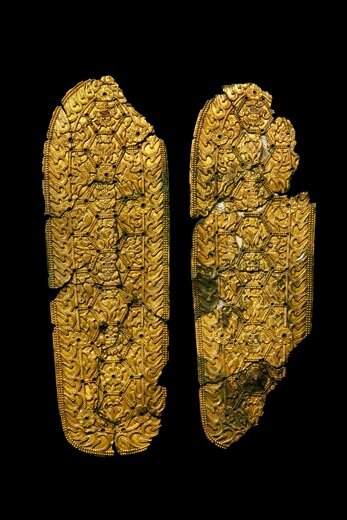 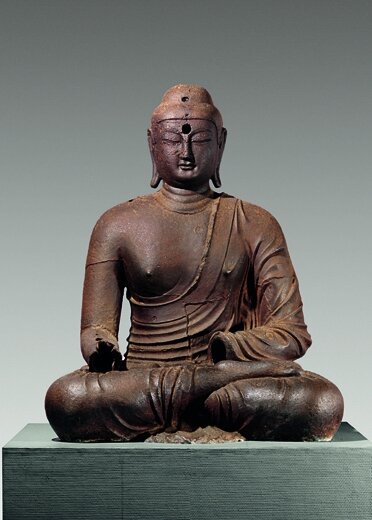