Sean Scully is known for rich, painterly abstractions in which stripes or blocks of layered color are a prevailing motif. The delineated geometry of his work provides structure for an expressive, physical rendering of color, light, and texture. Scully’s simplification of his compositions and use of repetitive forms—squares, rectangles, bands—echoes architectural motifs (doors, windows, walls) and in this way appeals to a universal understanding and temporal navigation of the picture plane. However, the intimacy of Scully’s process, in which he layers and manipulates paint with varying brushstrokes and sensibilities, results in a highly sensual and tactile materiality. His colors and their interactions, often subtly harmonized, elicit profound emotional associations. Scully does not shy away from Romantic ideals and the potential for personal revelation. He strives to combine, as he has said, “intimacy with monumentality.”

Landscape and location have always played an important role in Scully’s working process, and he often titles his works with reference to where they were painted, as with the ongoing series Wall of Light. Greatly impacted by trips to Morocco, Mexico, Australia, and France, Scully finds inspiration in the light and colors inherent to specific places. He currently spends his time between Barcelona, New York, and the Bavarian countryside south of Munich, Germany. He has said that the latter, with its winter-time palette of multi-hued grays and whites, has led to a softening, almost metaphysical approach to his work; the tonality of the eight-part horizontal painting Night and Day, 2012, is an apt example. John Yau, in his essay for the catalogue, also cites the traumatized landscape of Scully’s Irish homeland, its physical scars from the Great Potato Famine cutting visible lines in the hills. In this vein, Scully’s 2013 series, Landline, offers not grid-like blocks, but muscular bands of rhythmic, sometimes dramatic, color.

Inspired by a wealth of art history—from Titian to Van Gogh, to Rothko and Pollock—Scully’s commitment to his practice resides in deep respect for his precedents. But his work is also generated from more primitive origins, the primal beat of passing time providing a quiet pulse to his canvases. Enhanced by the almost tonal repetition of form, Scully’s paintings are imbued with musical associations. In his essay, Yau uses words like “rhythm and dissonance,” and “percussive,” to illustrate the resonance of Scully’s alternating bands and blocks of color. This sense of sound, and the searching process by which Scully achieves his colors, confirms his statement: “Painting is permanently primitive…”; he attempts to present the viewer not only with separate images or sensations, but with “everything at once.”

Scully was born in Dublin in 1945, and grew up in the south of London, where his family moved in 1949. He began painting in the late 1960s, and moved to New York City in 1975; he became an American citizen in 1983. Scully has shown extensively, both nationally and internationally, including, most recently, at the Philadelphia Museum of Art (Sean Scully, 2012-13), and the Lentos Kunstmuseum Linz, Linz, Austria and Kunstmuseum Bern, Bern, Switzerland (Sean Scully: Retrospective, 2012), as well as in in several solo exhibitions in the United States, Ireland, England and Germany. Scully is represented by Cheim & Read. Sean Scully: Change and Horizontals is on view at the Drawing Center through November 3. 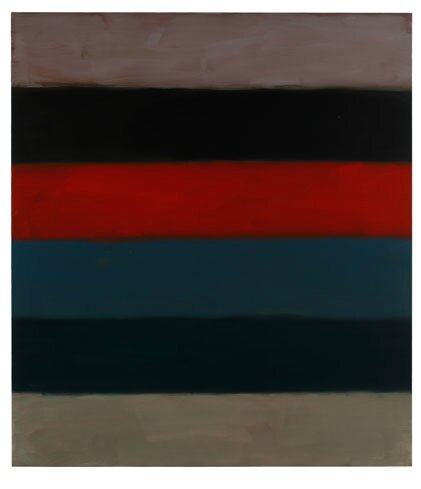 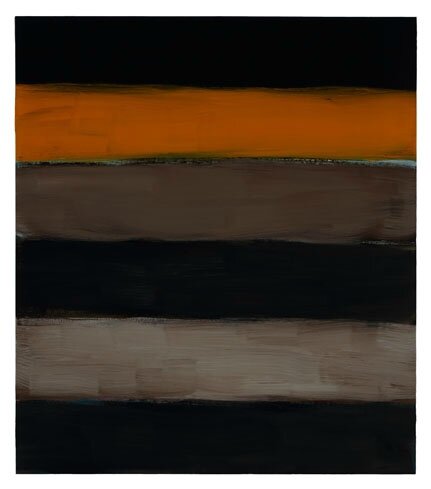 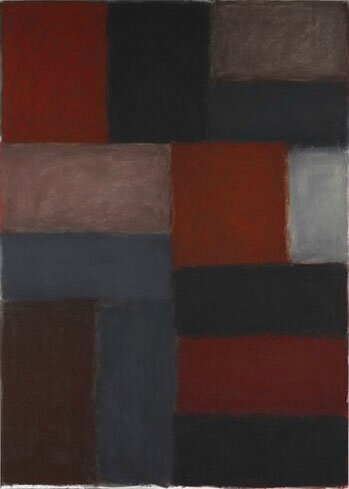 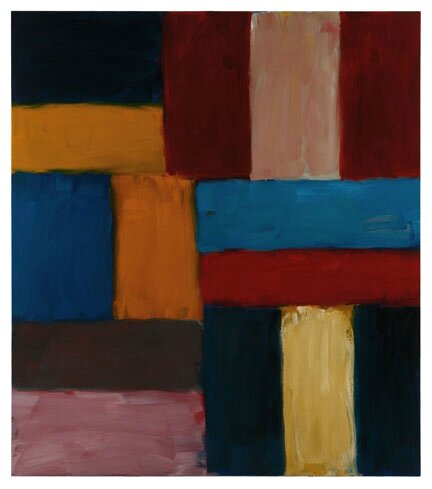