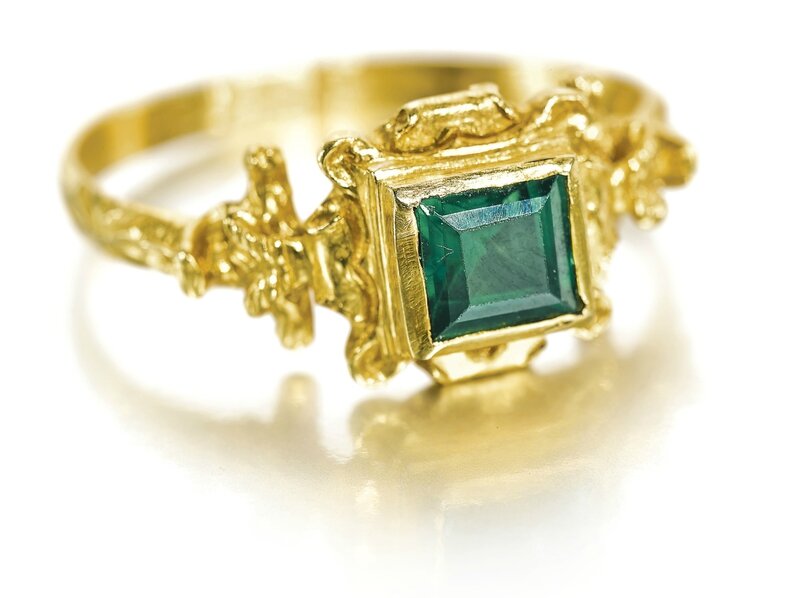 The scrollwork decoration adorning the bezel of this charming ring is near-identical to that found on another ring which was sold at Sotheby's New York on 25 November 1986, lot 143, there catalogued as probably South German, third quarter of the 16th century. Note the same ram's horn type motifs flanking the short sides of the stone. Compare also with the late 16th-century ring published by Scarisbrick (op. cit., no. 158).