A Dialogue with Nature: Romantic Landscapes from Britain and Germany

A Dialogue with Nature: Romantic Landscapes from Britain and Germany LONDON - Organised as a collaboration between The Courtauld Gallery and The Morgan Library & Museum in New York, this exhibition explores aspects of Romantic landscape drawing in Britain and Germany from its origins in the 1760s to its final flowering in the 1840s. Bringing together twenty-six major drawings, watercolours and oil sketches from both collections by artists such as J.M.W. Turner, Samuel Palmer, Caspar David Friedrich, Carl Philipp Fohr, and Karl Friedrich Lessing, it draws upon the complementary strengths of both collections: the Morgan’s exceptional group of German drawings and The Courtauld Gallery’s wide-ranging holdings of British works. A Dialogue with Nature offers the opportunity to consider points of commonality as well as divergence between two distinctive schools. Together, these drawings exemplify Friedrich’s understanding of Romantic landscape draughtsmanship as ‘a dialogue with Nature’. Friedrich claimed that ‘the artist should not only paint what he sees before him, but also what he sees in himself’. His words encapsulate two central elements of the Romantic conception of landscape: close observation of the natural world and the importance of the imagination. The display opens with a selection of drawings made in the late 18th century. The legacy of Claude Lorrain’s ideal vision is visible in both Jakob Philipp Hackert’s magisterial view of ruins at Tivoli, near Rome, and in Thomas Gainsborough’s more informal rendering of a rustic cottage among rolling hills, while cloud and tree studies by John Constable and Johann Georg von Dillis demonstrate the importance of drawing from life and the observation of natural phenomena. This newfound emphasis on drawing out of doors extended to amateur artists as well, exemplified by two remarkable sketchbooks by dilettante draughtsmen, the composer Felix Mendelssohn and the British naval officer Robert Streatfeild. The important visionary strand of Romanticism is brought to the fore in a group of works centred on Friedrich’s Moonlit Landscape and The Jakobikirche as a Ruin and Samuel Palmer’s Oak Tree and Beech, Lullingstone Park. These are exemplary of their creators’ intensely spiritual vision of nature as well as their strikingly different techniques, Friedrich’s painstakingly fine detail contrasting with the dynamic freedom of Palmer’s penwork. The final grouping shows Romantic landscapes at their most expansive and painterly, featuring Turner’s St Goarshausen and Katz Castle, one of fifty watercolours inspired by his first visit to Germany in 1817 and his highly atmospheric late rendering of a full moon over Lake Lucerne, as well as Friedrich’s subtle wash drawing of a coastal meadow on the remote Baltic island of Rügen. The exhibition closes with three small-scale drawings revealing a more introspective and intimate facet of the Romantic approach to landscape: Theodor Rehbenitz’s fantastical medievalising scene, Palmer’s meditative Haunted Streamand, lastly, Turner’s Cologne made as an illustration for The Works of Lord Byron (1833), which underscores important links between literature and the visual arts in the ongoing exchange of ideas between Britain and Germany. A Dialogue with Nature is the first exhibition to be organised jointly by The Courtauld’s IMAF Centre for Drawings and The Morgan Library & Museum’s Drawings Institute. The accompanying publication will feature an essay by Matthew Hargraves, Yale Center for British Art, and Morgan-Courtauld Fellow, and individual catalogue entries for each work by Rachel Sloan, The Courtauld Gallery. 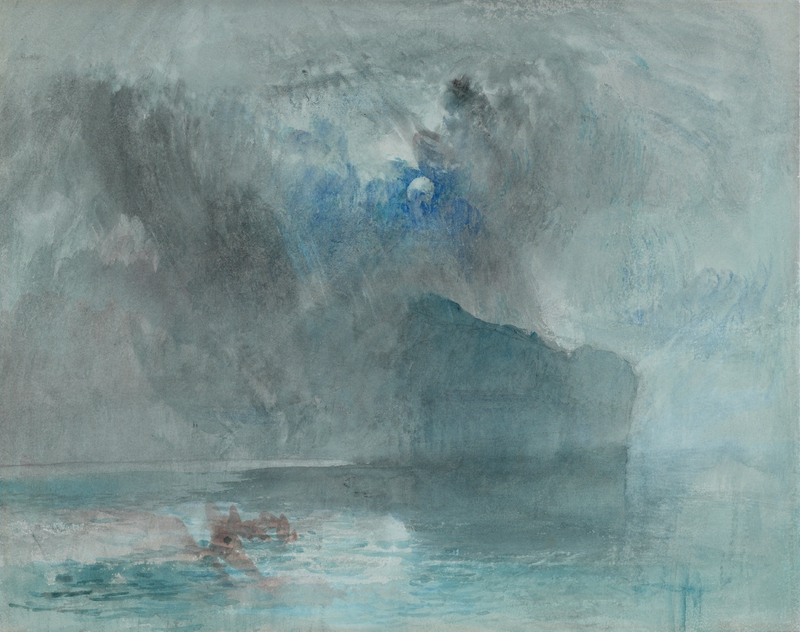 Joseph Mallord William Turner (1775-1851), On Lake Lucerne, looking towards Fluelen, 1841 (?). Watercolour, with scraping out and marks made with the thumb, over graphite on wove paper, 223 x 283 mm. The Courtauld Gallery

Commentaires sur A Dialogue with Nature: Romantic Landscapes from Britain and Germany