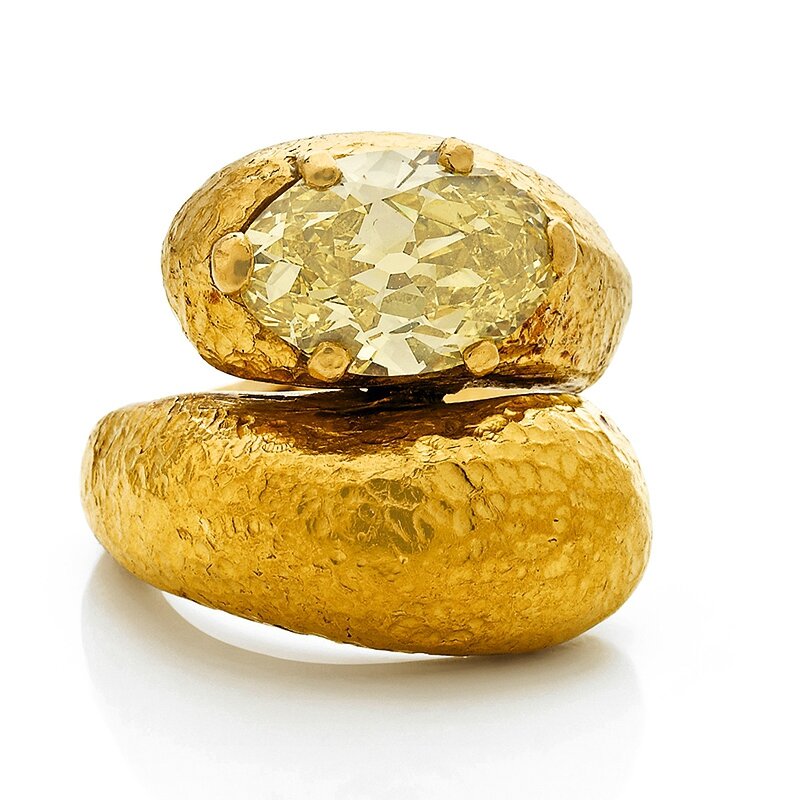 Suzanne Belperron was one of the most talented and influential jewelry designers of the last century. First employed by Germaine Boivin, she contributed enormously to the successes the Maison RenéBoivin achieved until the early 1930’s. In 1932, she left Boivin and with the support of Bernard Herz designed and produced jewelry under her own name. Her jewelry was so original that she never signed her pieces, instead insisting that ‘my style is my signature’.This ring is fashioned after her own engagement ring, entitled “Yin and Yang”. While hers featured an old mine cut diamond, our ring is graced by a highly rare 4.46 carat “Fancy Vivid Yellow Flawless” oval brilliant-cut diamond. Designed C. 1923.A similar ring is pictured in “Suzanne Belperron”, by Sylvie Raulet, Olivier Baroin, Antique Collectors’ Club, 2011, page pages 33, 215. An American Art Nouveau 18 karat gold and platinum brooch/pendant with opal, diamonds and enamel by Marcus & Co. The brooch/pendant has a center cabochon black opal and 76 old mine-cut diamonds with an approximate total weight of 4.00 carats.The center opal is mounted in a scrolled setting and framed with enamel and diamonds, suspending a matched scroll set opal. 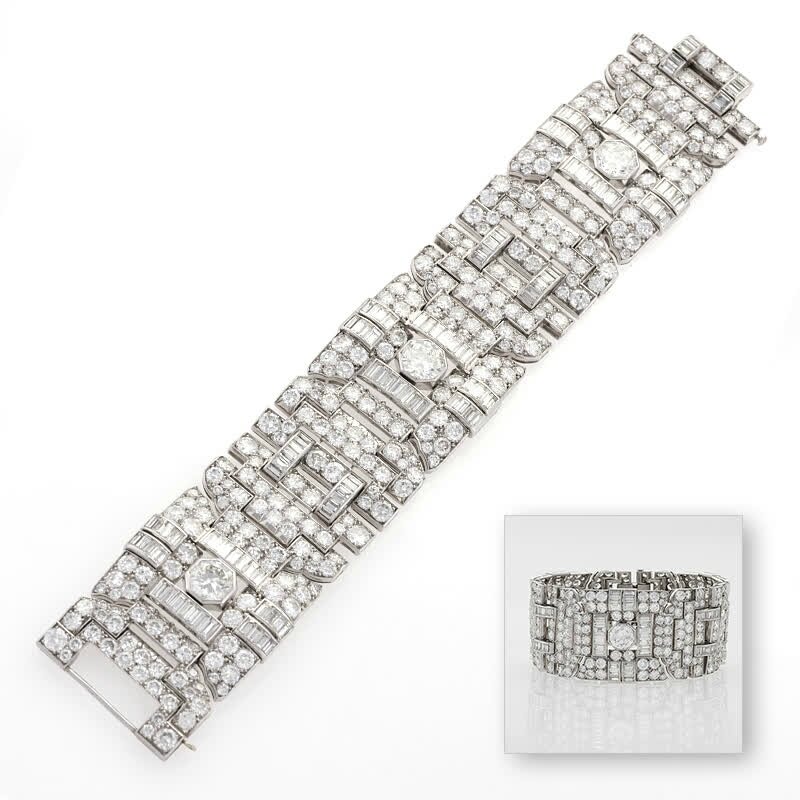 A pair of French Estate 18 karat gold ear pendants with diamonds by Verger. The earrings have 83 round-cut diamonds with an approximate total weight of 14.00 carats. The earrings are composed of a double entwined pear-shaped diamond formed top from which hang larger detachable pear shaped diamond pendants.