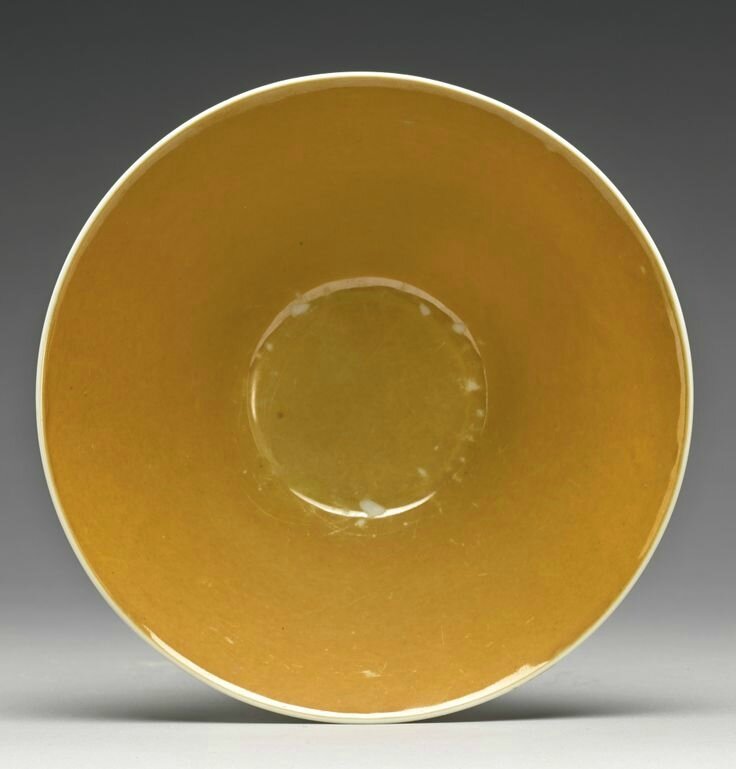 Note: This particularly shade of toffee brown glaze was introduced during the Wanli period. The decorative application of slip under a monochrome glaze was popular in the near east and may well have traveled from there to China in the late 17th century both made for export and as an interesting foreign technique to be assimilated into the Chinese aesthetic as seen in the present example. A bowl of almost identical size and design is in the Palace Museum and illustrated in The Complete Collection of Treasures of the Palace Museum - Monochrome Porcelain, Hong Kong, 1999, p. 56, no. 50. Another, slightly larger bowl, but with a Kangxi mark, from the Estate of Lolita Armour Higgason, was sold in our Los Angeles rooms, 9th June 1976, lot 1447.