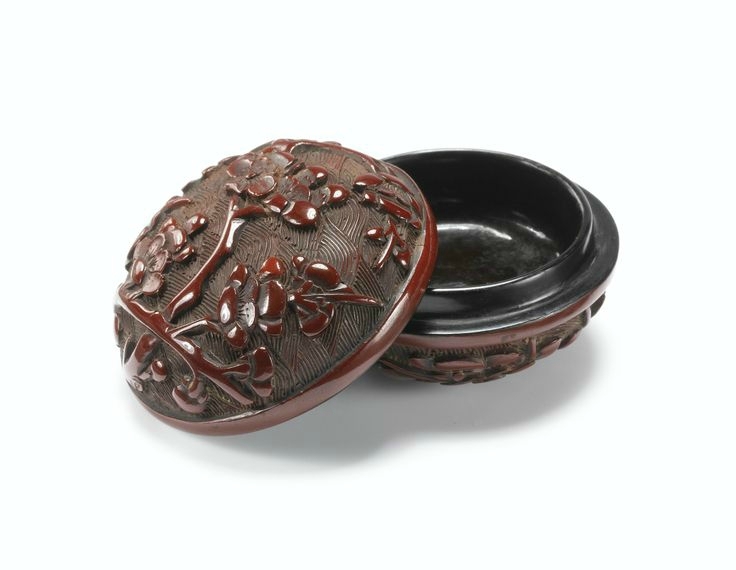 of circular form with gently rounded sides supported on a slightly recessed base, the fitted domed cover carved in deep relief with a flowering branch of prunus against a ground of finely incised waves, the interior and the base lacquered in black