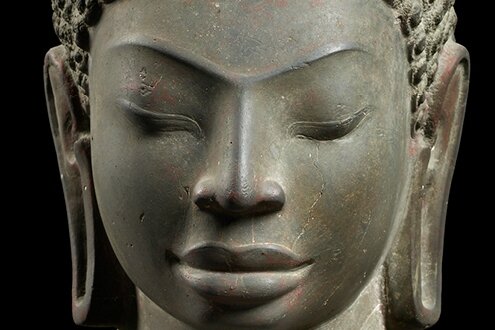 A ground-breaking international loan exhibition devoted to the Hindu-Buddhist art of first- millennium Southeast Asia will go on view at The Metropolitan Museum of Art beginning April 14. Some 160 sculptures will be featured, many of them large-scale stone sculptures, terracottas, and bronzes. They include a significant number of designated national treasures lent by the governments of Cambodia, Vietnam, Thailand, Malaysia, and Myanmar, as well as stellar loans from France, the United Kingdom, and the United States.Lost Kingdoms: Hindu-Buddhist Sculpture of Early Southeast Asia, 5th to 8th Centurywill explore the sculptural traditions of the Hindu and Buddhist kingdoms from the early 5th to the close of the 8th century in mainland and insular Southeast Asia. This landmark exhibition will be the first to present the religious art produced by a series of newly emerged kingdoms in the region, whose archaeological footprints lay the foundations for the political map of Southeast Asia today.

Thomas P. Campbell, Director and CEO of the Metropolitan Museum, stated: “Exhibitions that provide this level of exposure to previously unfamiliar material of such significance come along very rarely. The majority of the important and breathtakingly beautiful works inLost Kingdoms have never before traveled outside their source countries. We are indebted to the generosity of all of the international lenders, including several in Southeast Asia and Europe. We are especially honored that the government of Myanmar has signed its first-ever international loan agreement in order to lend their national treasures to this exhibition.”

Recent excavations and field research have made it possible to redefine the cultural parameters of early Southeast Asia, a region that created some of the most powerful and evocative sculpture of the Hindu-Buddhist world in the first millennium. The results will be presented in both the exhibition and its accompanying catalogue. Among the masterpieces in the exhibition will be a 6th-century Buddha Offering Protection; a spectacular Krishna Holding Mt. Govardhana from the hill shrine of Phnom Da, in southern Cambodia; a late 7th-century Avalokiteshvara discovered in the Mekong delta of Vietnam in the 1920s, arguably the most beautiful image of the Buddhist embodiment of compassion in Southeast Asia; Devi, Shiva’s Consort Uma of startling naturalism that possibly embodies a portrait of a deceased Khmer queen of the first half of the 7th century, an ascetic Ganesha from the 8th-century religious sanctuary of My Son in central Vietnam; and a Dvaravati kingdom terracotta sculpture of the 7th century, Head of Meditating Buddha, a sublime representation of Buddhist meditation.

Lost Kingdoms will be organized thematically in seven sections representing the major narratives that have shaped the region’s distinct cultural identities.

Imports will feature rare surviving examples of exotic objects from early India and further West that were discovered in Southeast Asia. These objects served as models for local artists employed in the service of the ‘new faiths’ of Hinduism and Buddhism.

Nature Cults will present objects demonstrating the persistence of nature-cults in Southeast Asia well into the Hindu-Buddhist period. The adoption of the Indic religions in the region was highly successful due largely to the receptivity of these pre-existing animistic belief systems.

Arrival of Buddhism will explore the early expressions of the Buddhist faith in Southeast Asia. Central to this section will be precious objects recovered from a unique relic chamber discovered in the ancient walled Pyu city of Sri Ksetra, in central Myanmar, datable to the 5th–6th century. This section will also feature a series of life-size Buddha images—from Myanmar, Thailand, Cambodia and Vietnam—showing the universality of the Buddha’s message expressed in distinctive regional styles.

Vishnu and his Avatars will illustrate the responsiveness of the region’s earliest-known rulers to Hinduism, as exemplified by their embracing of Vishnu as an ideal model of divine kingship. Rulers dedicated numerous shrines to Vishnu and a selection of the large-scale sculptures from such sanctuaries will be on view.

Siva’s World will present the cult of Siva and his family, including Parvati, Ganesha, and Skanda, and the cult of the Shiva-linga as divine protector. A central focus will be the work of Khmer artists, who generated new forms of expressing Shiva’s identity not seen in India.

State Art will explore Buddhist art as an expression of state identity. It will focus on the patronage of the Mon rulers of the Dvaravati kingdom of central Thailand. This section will include some of the most monumental works in the exhibition: several large-scale sandstone standing Buddhas, sacred wheels of the Buddha’s Law, and steles depicting stories from the present and past lives of the Buddha.

The final section, Savior Cults, will be dedicated to the cult of the Bodhisattva, the Buddhist saviors and their dissemination throughout Southeast Asia. The expression of this tradition outlived its source in India, and its independent evolution is traced through major cult images that share an iconographic language, yet exhibit strong regional styles. The late 8th century also marked the beginning of a new age of Asian internationalism, in which the kingdoms of the region were linked through thriving international trade networks. Religious ideas, rituals, and imagery circulated quickly, unifying the region and integrating it into greater Asia as never before. This was reflected most strongly in the newly emerging, shared visual language in the service of Mahayana Buddhism. 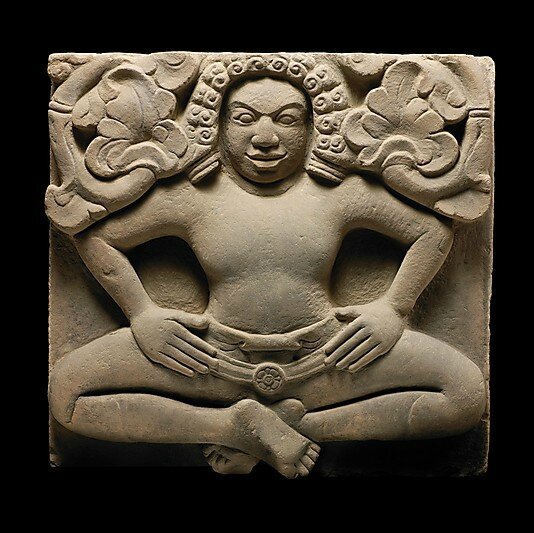 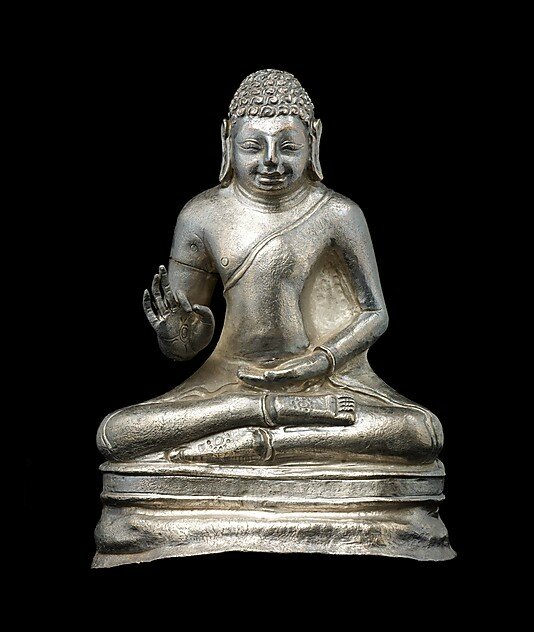 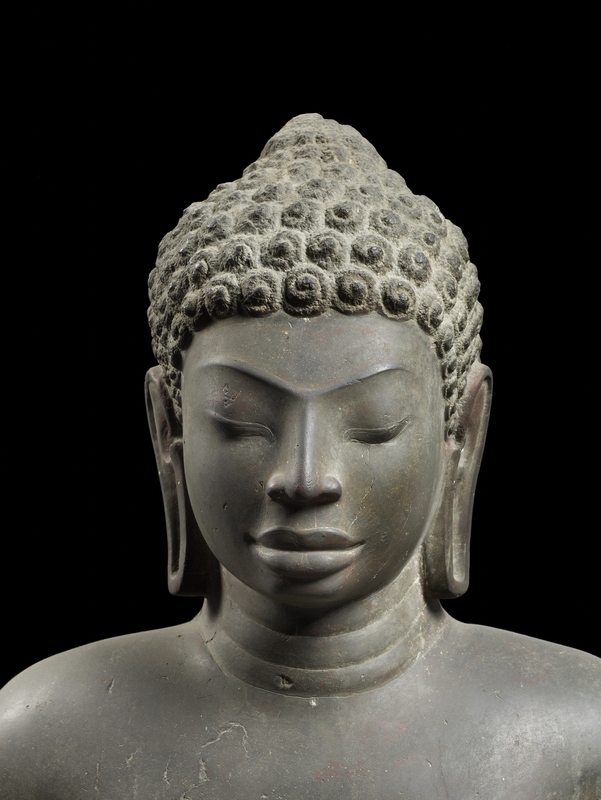