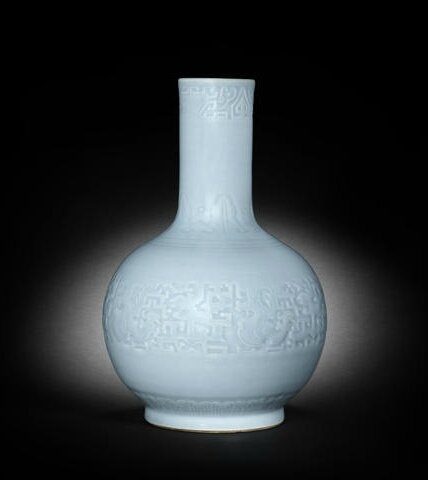 The rounded body carved with a central band with four pairs of stylised phoenix issuing from archaistic squared scrolls between two narrow bands of incised key-fret, the straight neck with stiff upward-pointing lappets and stylised taotie masks at the mouth, the exterior all covered with a delicate pale blue glaze pooling at the recesses and reaching into the interior of the neck, 41.8cm (16 1/2in) high. Estimate £10,000 - 15,000 (€12,000 - 18,000)