Exhibition of masterpieces from the Austrian Habsburg dynasty brings imperial splendor to the U.S.

Exhibition of masterpieces from the Austrian Habsburg dynasty brings imperial splendor to the U.S. 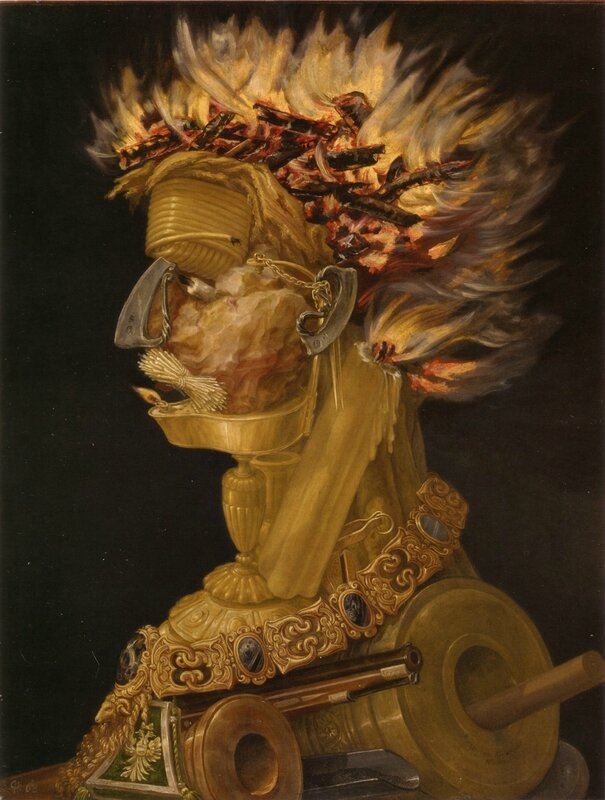 MINNEAPOLIS, MN.- In 2015, a major American collaboration will bring masterworks amassed by one of the longest-reigning European dynasties to the United States. "Habsburg Splendor: Masterpieces from Vienna's Imperial Collections" showcases masterpieces and rare objects from the collection of the Habsburg Dynasty—the emperors of the Holy Roman Empire and other powerful rulers who commissioned extraordinary artworks now in the collection of the Kunsthistorisches Museum in Vienna. The exhibition, largely composed of works that have never traveled outside of Austria, will be on view at the Minneapolis Institute of Arts (MIA); the Museum of Fine Arts, Houston (MFAH); and the High Museum of Art, Atlanta.

Debuting in Minneapolis in February 2015 before traveling to Houston and Atlanta, Habsburg Splendor: Masterpieces from Vienna’s Imperial Collections explores the dramatic rise and fall of the Habsburgs’ global empire, from their political ascendance in the late Middle Ages to the height of their power in the 16th and 17th centuries, the expansion of the dynasty in the 18th and 19th centuries to its end in 1918 with the conclusion of World War I. The 93 artworks and artifacts that tell the story include arms and armor, sculpture, Greek and Roman antiquities, court costumes, carriages, decorative-art objects, and paintings by such masters as Correggio, Giorgione, Rubens, Tintoretto, Titian, and Velázquez. Key masterpieces that have never before traveled to the United States include:
• The Crowning with Thorns (c. 1602/04) by Caravaggio
• A portrait of Jane Seymour (1536), Queen of England and third wife to Henry VIII, by Hans Holbein the Younger
• Jupiter and Io (c. 1530/32) by Correggio Habsburg Splendor: Masterpieces from Vienna’s Imperial Collections is organized by the Minneapolis Institute of Arts; the Museum of Fine Arts, Houston; the High Museum of Art, Atlanta; and the Kunsthistorisches Museum, Vienna. The exhibition will be on view in Minneapolis from February 15 to May 10, 2015; Houston from June 14 to September 13, 2015; and Atlanta from October 18, 2015, to January 17, 2016.

“The exhibition grew out of a visit to the Kunsthistorisches Museum’s famed Kunstkammer Wien, a veritable treasure box of masterworks and one of Europe’s great cultural gems,” explained Michael E. Shapiro, the Nancy and Holcombe T. Green, Jr. Director of the High. “The Kunstkammer only recently reopened after a nine-year renovation that hid the majority of the art from public view. For American audiences, this is a once-in-a-lifetime chance to peek inside the chambers of one of the most important imperial art collections in the world.”

“Habsburg Splendor is an unprecedented presentation and wide-ranging survey of the Habsburg Dynasty, a true visual feast,” said Kaywin Feldman, director and president of the MIA and hosting curator. “By bringing together the Habsburgs’ paintings, decorative arts, costumes and armor, we can give our visitors a rich, tangible and fascinating sense of the lives and legacies of these important European rulers who shaped world history.”

“We’re thrilled to be collaborating with our partner institutions in Minneapolis and Atlanta to bring to our audiences so many extraordinary masterpieces of European art,” said Gary Tinterow, director of the Museum of Fine Arts, Houston. “The selection of paintings—by Giorgione, Titian, Correggio, Arcimboldo, Rubens and Velázquez, among others—is simply staggering. And, I know our visitors will be captivated by the carriages, armor, liveried horses and pomp of the court costumes.”

“We’re delighted to share our Museum´s unique wonders with our American friends,” added Dr. Sabine Haag, general director of Kunsthistorisches Museum Wien. “The exhibition will show the extraordinary wide range of the Habsburgs’ collections, including masterpieces of Roman antiquity, medieval armory, early modern painting and craftwork, as well as gorgeous carriages and clothing. We hope this will inspire visitors to make the trip to Vienna to see the collection in person and to discover even more of our treasure.”

Habsburg Splendor: Masterpieces from Vienna’s Imperial Collections chronicles the Habsburgs’ story in three chapters, each featuring a three-dimensional “tableau”—a display of objects from the Habsburgs’ opulent court ceremonies—as context for the other works on view.

DAWN OF THE DYNASTY
The first section features objects commissioned or collected by the Habsburgs from the 13th through the 16th centuries. In this late medieval/early Renaissance period, Habsburg rulers staged elaborate commemorative celebrations to demonstrate power and to establish their legitimacy to rule, a tradition that flourished during the reigns of Maximilian I and his heirs. Works from this era—including sabres and armor, tapestries, Roman cameos and large-scale paintings—illustrate the significance of war and patronage in expanding Habsburg influence and prestige.

Tableau: Suits of armor displayed on horseback, and jousting weapons from a royal tournament. GOLDEN AGE
The second and largest section of the exhibition highlights the apex of Habsburg rule, the Baroque Age of the 17th and 18th centuries. The dynasty used religion, works of art and court festivities to propagate its self-image and claim to rule during this politically tumultuous time. Paintings by Europe’s leading artists demonstrate the wealth and taste of the Habsburg rulers, while crucifixes wrought in precious metals and gems, as well as sumptuous ecclesiastical vestments, reflect the emperor’s role as defender of the Catholic faith.

Highlights include:
• An ivory tankard (1642) by Hans Jacob Bachmann
• Infanta Maria Teresa (1652–53), a portrait of the daughter of Philip IV of Spain and eventual wife of Louis XIV of France, by Velázquez
• An alchemical medal (1677), illustrated with portraits in relief of the Habsburgs, by Johann Permann TWILIGHT OF THE EMPIRE
The exhibition concludes with works from the early 19th century, when the fall of the Holy Roman Empire gave rise to the hereditary Austrian Empire—a transition from the ancien régime to a modern state in which merit determined distinction and advancement. Franz Joseph, who would reign longer than any previous Habsburg, saw the growth of nationalism and ultimately ruled over a dual monarchy of Austria-Hungary. As heir to the Habsburg legacy—and in the spirit of public education and enrichment—he founded the Kunsthistorisches Museum in 1891. Reflecting the modernization of the Habsburg administration, the exhibition ends with a spectacular display of official court uniforms and dresses.

Tableau: Uniforms and women’s gowns from the court of Franz Joseph.

Highlights include:
• Campaign uniform of Franz Joseph (1907)
• A velvet dress made for Empress Elisabeth (c. 1860/65)
• An evening gown made for Princess Kinsky (c. 1905)
• Ceremonial dress of Crown Prince Otto for the Hungarian Coronation (1916)

The exhibition is curated by Dr. Monica Kurzel-Runtscheiner, director of the Imperial Carriage Museum, Vienna. The hosting curator at the Minneapolis Institute of Arts is Kaywin Feldman, director. At the Museum of Fine Arts, Houston, the lead hosting curator is Dr. David Bomford, director of conservation; his curatorial team comprises Dr. Helga Aurisch, curator, European art, and Christine Gervais, associate curator, decorative arts and Rienzi. At the High Museum of Art, the hosting curator is Dr. David A. Brenneman, director of collections and exhibitions and Frances B. Bunzl Family Curator of European art.

A full-color catalogue is being published by the Museum of Fine Arts, Houston, with essays by Dr. Monica Kurzel-Runtscheiner, director of the Imperial Carriage Museum, Vienna; Dr. Franz Pichorner, deputy director, Kunsthistorisches Museum, Vienna; and Dr. Stefan Krause, curator of arms and armor, Kunsthistorisches Museum. Additionally, a virtual exhibition of additional pieces will be viewable online, deepening the visitor experience and providing further opportunities for the public to engage with the art and its history.

A Brief History of the Habsburgs
The noble House of Habsburg rose to prominence in the late Middle Ages through strategic marriages, political alliances and conquest. In 1273, count Rudolph IV gained control of Germany as King of the Romans, and Habsburg domains continued to grow leading up to Pope Nicholas V’s coronation of Frederick III as Holy Roman Emperor in 1452. Under Frederick’s son Maximilian I and his successor, Charles V, the Habsburgs achieved world-power status, assuming the title of emperor without papal consent and enfolding Spain and Burgundy into the Habsburg-controlled territories. The dynasty split into Spanish and Austrian branches shortly thereafter, and in the 17th and 18th centuries the male lines died out, resulting in the loss of Spain.

In 1740, Maria Theresa—the sole female Habsburg ruler, who reigned for a remarkable 40 years—seized control of the Austrian line to become the final ruler of the House of Habsburg. The early 19th century witnessed the final demise of the Holy Roman Empire and the establishment of the main Habsburg line’s successors: the House of Habsburg-Lorraine. A hundred years later, in 1916, Emperor Charles I inherited a dual Austro-Hungarian monarchy upon the death of longtime Emperor Franz Joseph. More than 600 years of Habsburg sovereignty came to an end in 1918 with the close of World War I. 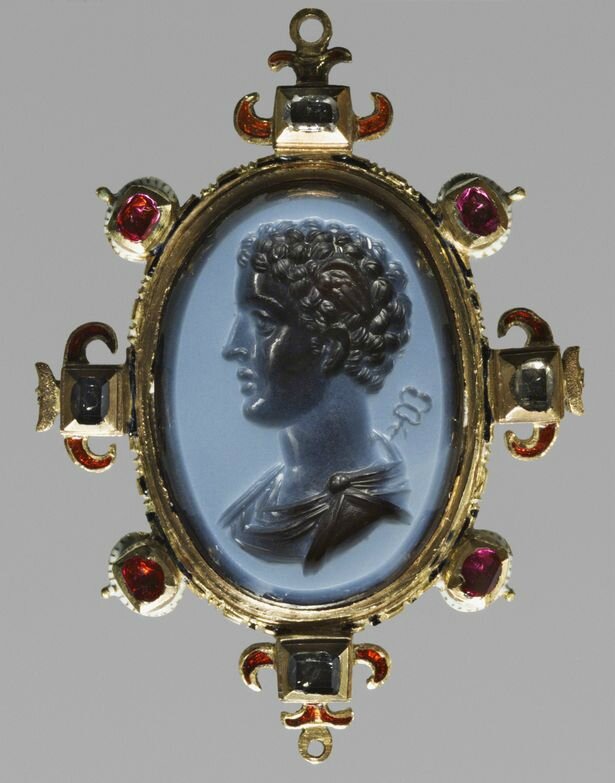 Commentaires sur Exhibition of masterpieces from the Austrian Habsburg dynasty brings imperial splendor to the U.S.