New York – Christie’s is pleased to present the spring auction of Old Master Paintings on June 4, which will feature 112 lots of exceptional rarity and importance, with Dutch and Flemish masterworks anchoring the sale.  The majority of the works are fresh to the market, hailing primarily from prominent private collections. The sale also features an exciting selection of recently restituted works, including the star lot of the sale – an exquisite genre painting by Caspar Netscher – having been returned to the heirs of Hugo and Elisabeth Andriesse earlier this year.    The sale is expected to realize in excess of $9.7 million.

Christie’s has been selected by the heirs of Hugo and Elisabeth Andriesse to offer Caspar Netscher’s (1639-1684) Woman feeding a parrot; estimate: $2,000,000-3,000,000).  The work has been recognized for decades as one of Caspar Netscher’s greatest paintings and one of the undisputed icons of Dutch genre painting of the Golden Age.  Best-known today as a painter of exquisite, highly finished domestic interiors, Caspar Netscher in fact produced surprisingly few such images before abandoning the genre altogether around 1670 for the more lucrative field of portraiture. As a result, his extraordinarily fine genre scenes – of which Woman feeding a parrot is an outstanding example – appear on the market only very rarely.  The work is one of Netscher's most delightful and seductive creations, defined by the extraordinary fineness of the painting's execution.  The motif of a woman feeding a parrot was popular in Dutch painting from the period, as ownership of such an exotic and expensive pet connoted fashionableness and privilege.

Prior to the German occupation of Belgium, the painting was owned by Hugo Andriesse of Brussels. After being confiscated, it was transferred to the Jeu de Paume in Paris in 1942, before entering the collection of Reichsmarshall Hermann Goering. From 1952 until early 2014, when it was restituted to the Andriesse heirs, the painting was in the collection of the Von der Heydt Museum in Wuppertal, Germany, and was described by Marjorie Wieseman, curator of Dutch art at the National Gallery, London, as “Unquestionably…one of Netscher’s masterpieces.”  The proceeds from the sale of this work will benefit four charities – Memorial Sloan Kettering Cancer Center, the Hospital for Special Surgery, The Children’s Aid Society, and United Cerebral Palsy.

Eleven lots comprise the Property Restituted to the Heirs of Hans Ludwig Larsen, all of which highlight Larsen’s refined taste and connoisseurship.  After founding a successful shipping company in Amsterdam in 1922, Larsen was able to foster his interest in Old Master Paintings.  Contemporary taste for Dutch and Flemish 16th and 17th-century art favored small-scale, refined cabinet pictures, which could easily be displayed and enjoyed in the intimacy of a private home. Within these general parameters Larsen purchased a wide range of objects, including fine examples by lesser-known artists as well as important works by more familiar names.  Even though he lived to be only forty-five, Larsen's achievements as a collector in this field are manifest in the group of paintings presented here, which Christie's is honored to bring to the market for the first time in more than three generations. Leading the Property Restituted to the Heirs of Hans Ludwig Larsen is a tondo by The Master of the Antwerp Adoration (c. 1505-1530) – The Holy Family in a garden (illustrated right; estimate: $250,000-350,000).  Likely inspired by Albrecht Dürer's print of The Sojourn of the Holy Family in Egypt, this bright and lively roundel represents the Holy Family in the enclosed courtyard of a Renaissance palace. The Master of the Antwerp Adoration has incorporated symbolic imagery in the painting in a manner typical of Netherlandish art of this period.  For example, two angels fill silver pitchers with water from an elegant fountain in the courtyard, which together with the garden itself symbolize the immaculate purity of the Virgin.  The cross formed by Saint Joseph's plank and the wooden board beneath it deliberately refers to Christ's Passion. Thus, within this everyday scene of familial tranquility and harmony, The Master of the Antwerp Adoration subtly alludes to Christ's future sacrifice, creating a beautiful composition that rewards prolonged contemplation.  Also offered in the Larsen Property is a delicate portrait by Jacob Esselens (estimate: $40,000-60,000) and a classic winter view of 1626 by Jan van Goyen (estimate: $400,000-600,000). 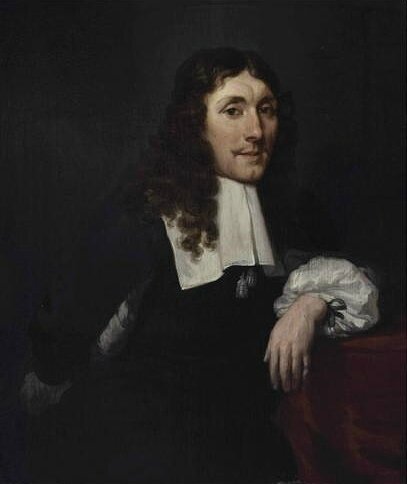 The sale also features twenty-three lots from the esteemed Hascoe Family Collection, which was formed over the course of more than twenty-five years of passionate and discerning collecting.  While the group is led by a number of masterworks, it is perhaps most remarkable for its thoroughness and diversity.  A true “Portrait of the Golden Age,” the collection includes examples of nearly every genre of Dutch painting from the 17th and 18th centuries: still-life, peasant scenes, allegories, satire, portraits, architectural fantasies, and history pictures are all represented. Christie's is proud to have been entrusted with this exceptional group of works, which testifies to the continued enthusiasm for the collecting of Dutch art in America. Among the top lots from the Hascoe Family Collection is an exquisitely preserved still life by Frans Snyders (1579-1657) (estimate: $300,000-500,000).   Unlike the great exponents of Flemish still life before him, Snyders experimented with texture in a more painterly fashion, using bolder brushwork, vivid color, and compositional rhythm. His highly innovative works earned him prominence and success, and by the second decade of the 17th century,  Snyders had collaborated not only with Rubens but with Anthony van Dyck, Cornelis de Vos and Jacob Jordaens, to name a few.  Datable to c. 1612-1613, this richly described array of fruits, animals, and precious objects is a magnificent example of Snyders' ability to capture the minute details of the observable world in a dramatic, dynamically balanced composition. 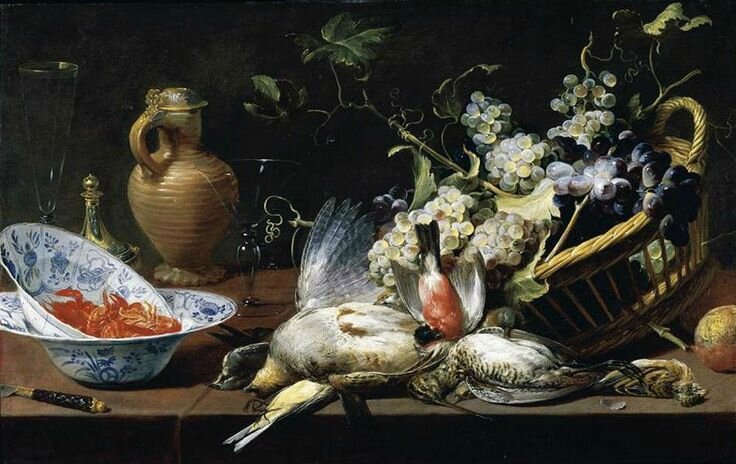 Also from the Hascoe Family Collection is Hendrick Ter Brugghen’s (1588-1629) A youth playing the violin (estimate: $400,000-600,000), signed and dated 1626. Wearing a cap ornamented with an extravagant ostrich feather fastened to it with a medallion, the jolly violinist in the present painting strokes the bow across his instrument. His costume is certainly not 17th-century street dress, but rather the theatrical 'Burgundian' style adopted from Caravaggio.   Ter Brugghen transforms his violinist into an emblem of pure, uninhibited and infectious merriment. 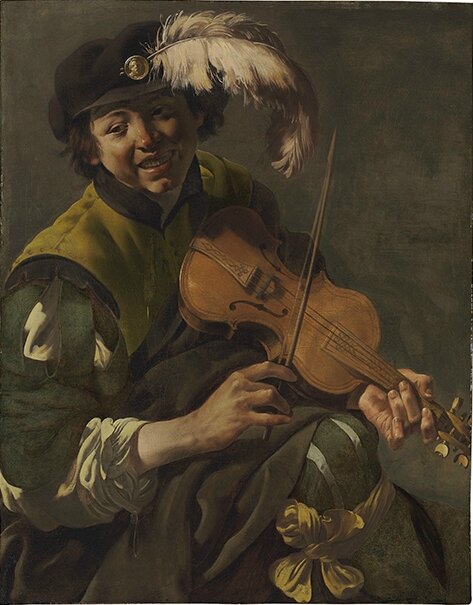 Also to be offered in the sale on June 4 is a selection of four portraits from the Bebe and Crosby Kemper Collection, which illustrates the Kempers’ eye for quality and fascination with history.  Devoted philanthropists, the Kempers were among the most dynamic forces on the Kansas City art scene, with an eclectic collection befitting their strong intellectual curiosity.   A Portrait of Jean Antoine Hubert Vassal de Saint-Hubert by Jean-Baptiste Greuze (1725-1805) leads this group (estimate: $250,000-350,000). Although best remembered as the artist who created an original genre of painting in which dramatic scenes of everyday life were designed and staged on the scale of history paintings, Greuze was also one the most sensitive and probing portraitists of the end of the Ancien Régime. He produced a number of portraits from the 1750s through the 1770s that are remarkable for their straightforward, vivid depiction of the sitter and psychological acuity, and are marked by a striking naturalism and lyrical quality of color.  The present image of Jean Antoine Hubert Vassal de Saint-Hubert (1741-1782) is a beautiful and haunting portrayal of one Greuze's most avid collectors, a work that remained unpublished and unknown to scholars until it appeared on the art market in 2002.