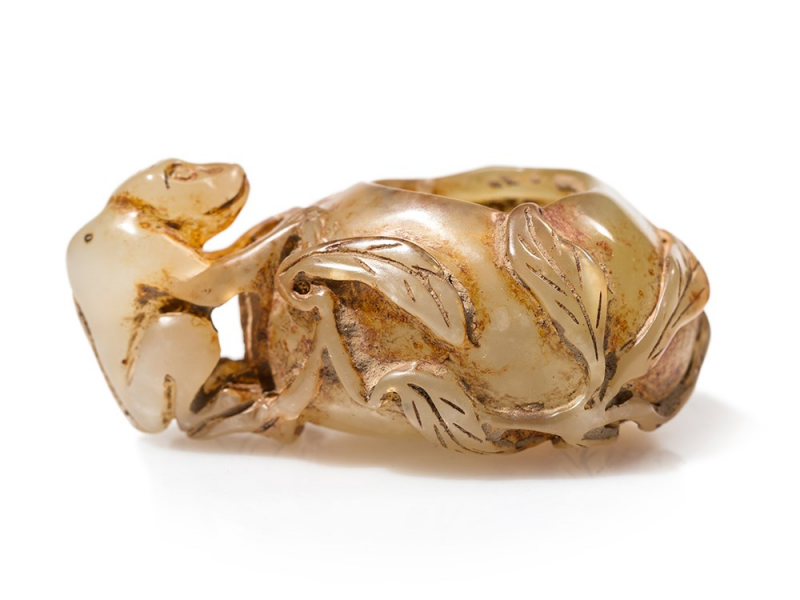 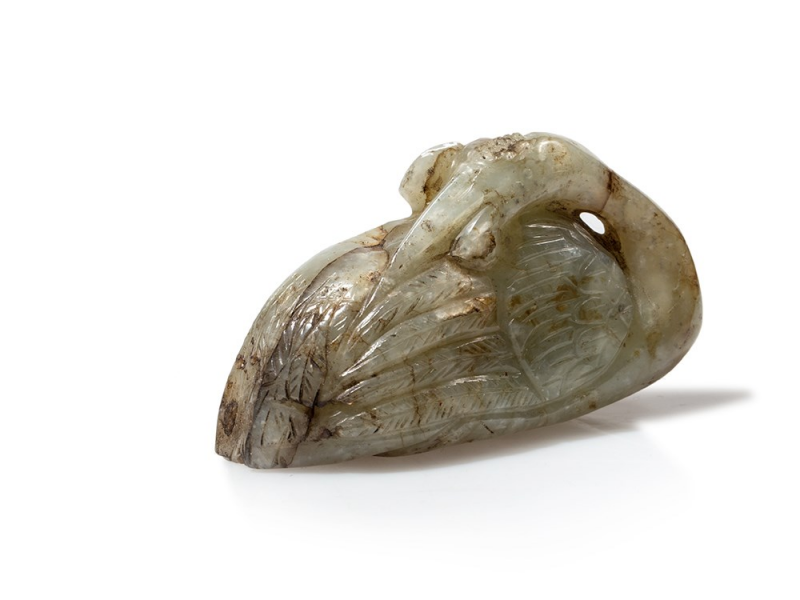 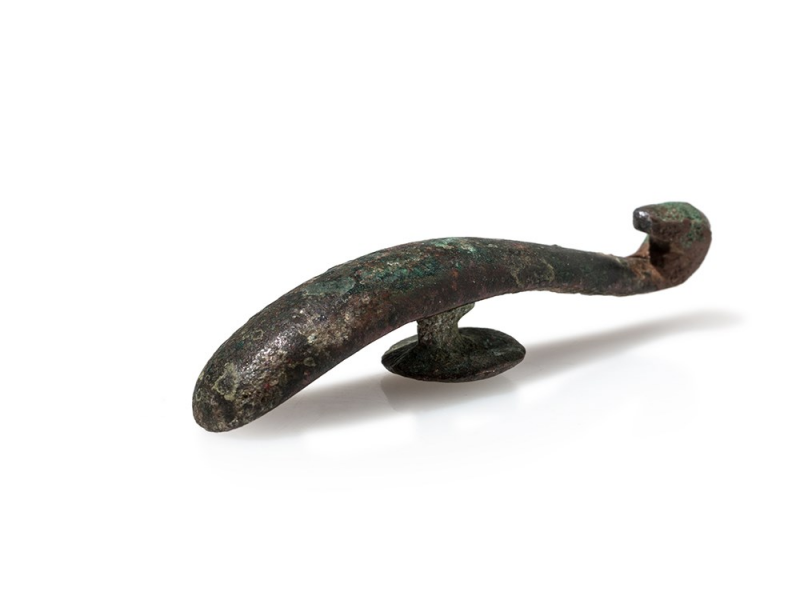 Bronze, jade and agate. Belt hook encrusted with a rich patina of malachite green. Jade Ming style crane with a lingzhi fungus. The stone typical of that sourced in the Ming dynasty, of mottled celadon and brown tones. An agate brush washer in the form of a monkey and peach. Length of the belt hook: 7 cm. Width of the carvings: 6 to 8 cm. Good condition. Estimation : 640 € / 800 €

These two Chinese carvings were made of jade and agate and date back the late Qing dynasty.
The small collection also comprises a bronze belt hook from the Han dynasty.
The latter is encrusted with a rich patina of malachite green and shows Chinese inscription on the back.
The jade carving of mottled celadon and brown tones is made in form of a Ming style crane with a lingzhi fungu.
The finely worked agate brush washer shows on its side a monkey and peach.