A fine doucai 'lotus pond and mandarin ducks' bowl, Qianlong seal mark and of the period (1736-1795)

A fine doucai 'lotus pond and mandarin ducks' bowl, Qianlong seal mark and of the period (1736-1795) 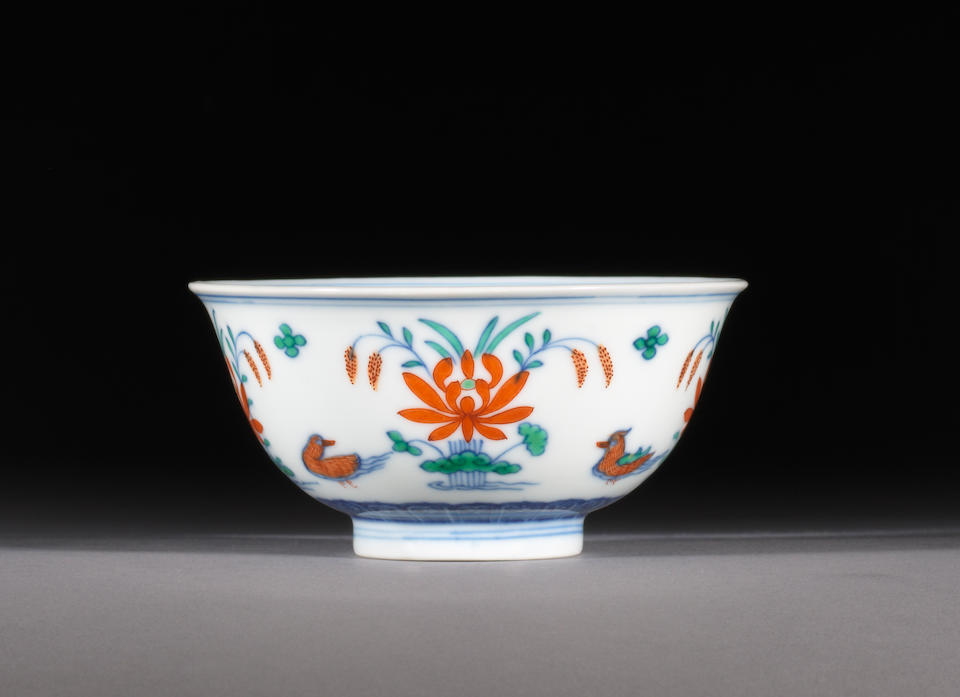 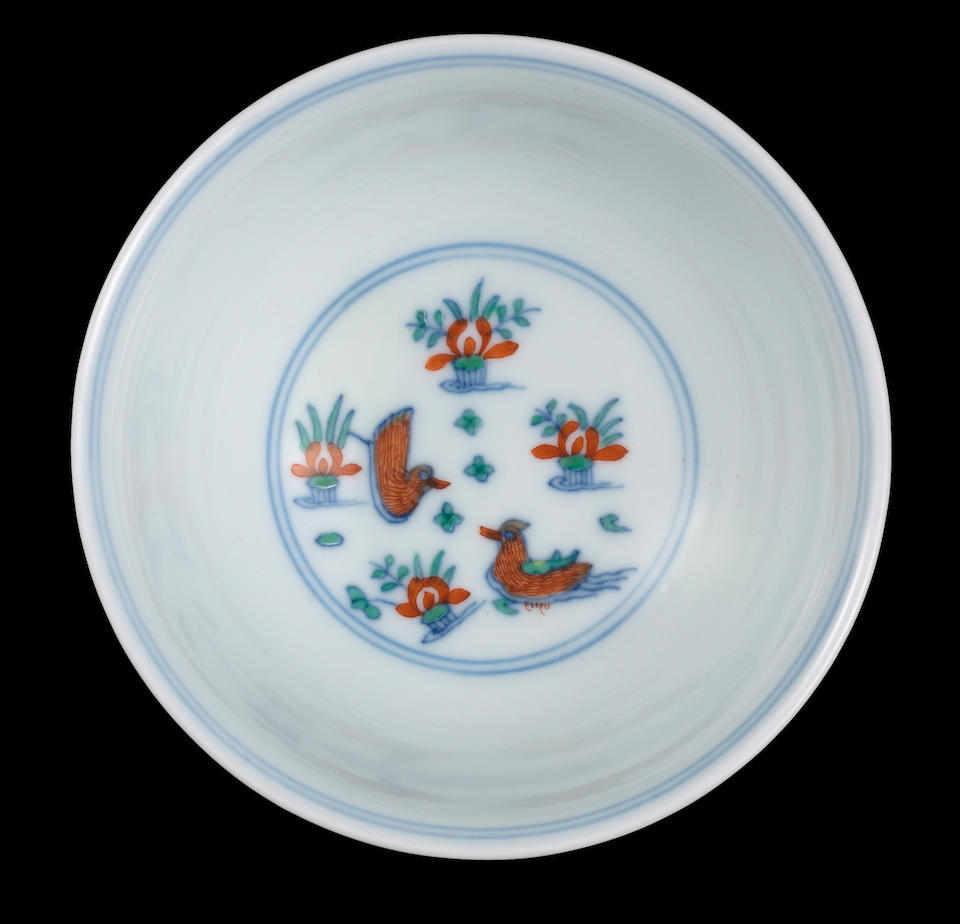 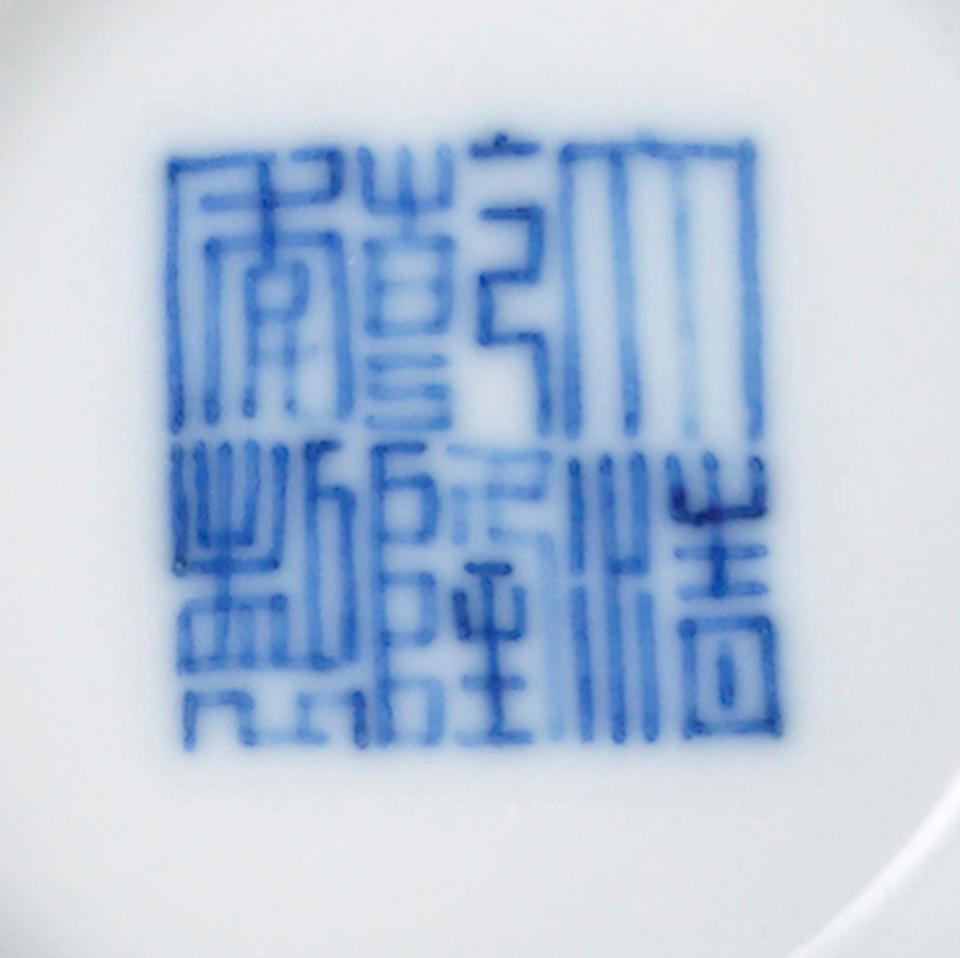 Delicately potted with deep rounded sides rising from a short straight foot to an everted rim, the exterior finely decorated with two pairs of mandarin ducks swimming, interspersed by leafy iron-red lotus blooms and sedge rushes, all above a small band of lotus lappets, the interior with a circular medallion enclosing a further pair of ducks and lotus, the base with an Imperial underglaze-blue zhuanshu seal mark.

Note: Pairs of Mandarin ducks are particularly auspicious for weddings as they represent conjugal bliss. Depicted together with lotus, (he) meaning 'harmony', the paired ducks symbolise the wish for a harmonious and happy marriage.

The design of paired mandarin ducks within lotus ponds was popular during the Ming Dynasty, particularly in the Xuande period. A Xuande prototype of this pattern is illustrated in Imperial Porcelain of the Yongle and Xuande Periods Excavated from the Ming Imperial Factory at Jingdezhen, Hong Kong, 1989, pl.89. A bowl with very similar decoration excavated from the Zhengtong stratum of the Imperial kiln site at Jingdezhen, was included in the exhibition Ceramic Finds from Jingdezhen Kilns, The University of Hong Kong, Hong Kong, 1992, cat. no.231.