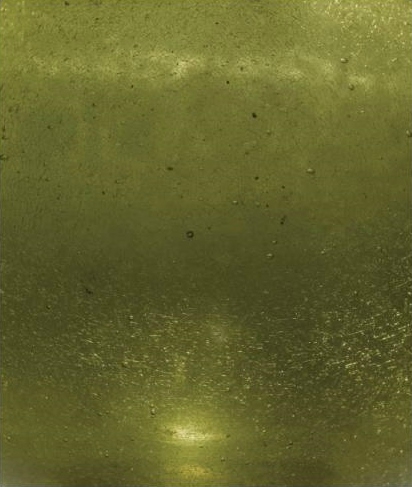 Notes: Glass has been made in China since the Bronze Age, but it was in the Qing dynasty that Chinese glass reached its apogee. This was due in considerable measure to the establishment by the Kangxi Emperor of the Imperial Glassworks. Critical to the establishment of the Imperial Glassworks was a German Jesuit missionary by the name of Father Kilian Stumpf (1655-1720). In 1695 Stumpf was summoned to Beijing. In 1696, the 35th year of the Kangxi reign, the emperor commanded that a glass workshop be built in Canchiko, near the Xi'an Gate, inside the Imperial City, and Kilian Stumpf was installed as Director.

At some point during the Yongzheng reign the imperial command was issued to move the glassworks to the Summer Palace, where it would become part of the Liusuo (six workshops). Scholars have speculated that in the Qianlong reign, the bolichang (glass factory) mentioned in the records was the original glassworks at Canchiko, which fired and blew the glass, and supplied blanks for decoration by the bolizuo (glass workshop) in the Summer Palace, which would have been involved in the production of highly refined pieces, under the close supervision of the emperor.