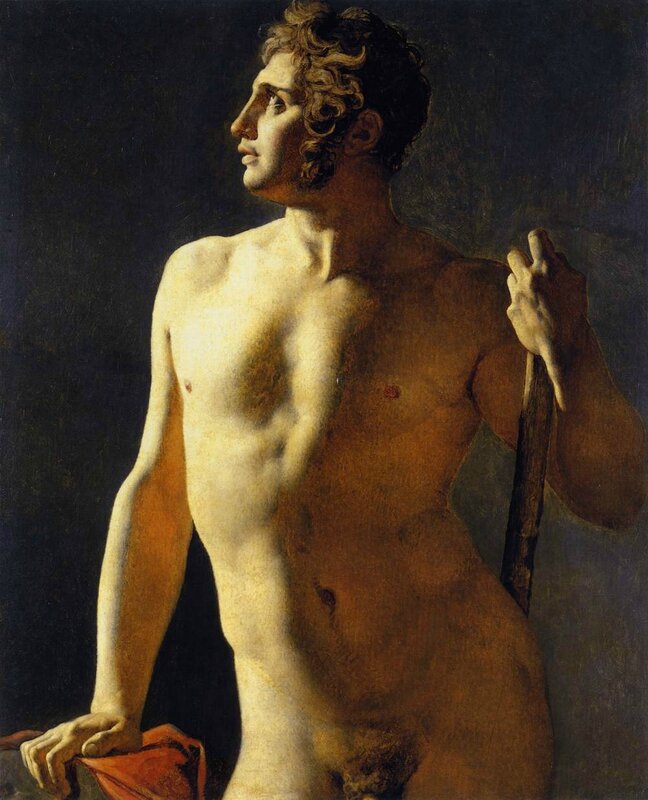 OKLAHOMA CITY, OKLA.- The Oklahoma City Museum of Art is the opening venue for the national tour of “Gods and Heroes: Masterpieces from the École des Beaux-Arts, Paris.” Opening June 21, the blockbuster exhibition is organized by American Federation of Arts and the École des Beaux-Arts, Paris. The exhibition chronicles the history of one of Europe’s most celebrated and influential art academies, while showcasing a stunning array of French masterpieces. With works that span more than two centuries, the exhibition will provide visitors an intimate view of an institution that produced some of France’s most accomplished artists and left a profound impact on Western art.

“The legacy of the École des Beaux-Arts cannot be understated,” said Oklahoma City Museum of Art President and CEO, E. Michael Whittington. “Until World War II, Paris was the center of the art world, and generations of American artists made their pilgrimage to study at the École. To have this great collection with its star-studded cast of artists now coming to the United States is a once-in-a-lifetime opportunity for the people of Oklahoma.”

Born from the legendary Académie Royale de Peinture et de Sculpture founded in 1648, the École des Beaux-Arts was a highly competitive, government-run school that rigorously trained artists to fulfill the needs of royal, state, and church patrons from the late 17th through the mid-19th centuries. Its impact on the visual culture of France, Europe, and the world is immeasurable. The more than 140 works by such renowned artists as François Boucher, Jacques-Louis David, Jean-Honoré Fragonard, Jean-Auguste-Dominique Ingres, Charles Le Brun, and Nicolas Poussin showcase the École’s demanding program and how the artists who studied there were transformed into masters.

“Gods and Heroes” will offer a rich, multilayered experience. On one level, it will illustrate how generations of artistic masters depicted the epic deeds of gods and heroes as they are enshrined in the words of the Bible, Homer, and other classical sources. On another level, it will explore, for the first time in the United States in more than 40 years, the dramatic impact of the École des Beaux-Arts’ curriculum on Western art.

With exceptional works crossing the breadth of more than two centuries, the exhibition will provide an immersive experience into the École and its program of demanding study. By examining the École’s curriculum, it will also deconstruct and challenge popular notions of artistic genius, revealing how artists were as much “made” as born, as they systematically learned how to construct a certain type of image.

Visitors will start their journey in the mid-16th century. A period copy of Hyacinthe Rigaud’s iconic full-length portrait of Louis XIV (the original is in the Louvre) will introduce viewers to the École’s first royal patron, the Sun King, whose military and political achievements and support of the arts were expected to be celebrated by the school’s artists. Key themes carried through the exhibition include the way in which art was used in service to power, the significance of subjects drawn from ancient history and myth, and the importance of convincingly rendering the human form in action.

By the 19th century, École students were competing regularly in a number of contests, including the painted torso competition, the expressive head competition, and others focusing on anatomy, perspective, history, and landscape compositions. All these prepared them for the most prestigious competition of all: the Prix de Rome. This prize was given for history painting, sculpture, architecture, and historical landscape painting; winners were awarded a coveted scholarship and sent for up to five years to the Villa Medici in Rome, where they could study the ancient and Renaissance masters.

The exhibition concludes with four iconic paintings by the two best-known artists associated with the École: Jacques-Louis David and his student, Jean-Auguste-Dominique Ingres. After several failed efforts and an attempted suicide, David finally won the Académie’s top prize in 1774 for Erasistratus Discovers the Cause of Antiochus’s Disease. Ingres is represented by his painted half-figure, which won the Académie’s top prize in 1800. However, it is in the linear quality of Ingres’ Prix de Rome–winning painting of 1801, Achilles Receiving the Ambassadors of Agamemnon, that he announces his independence from the rigorous style that has come to characterize the imagery of his master, David. 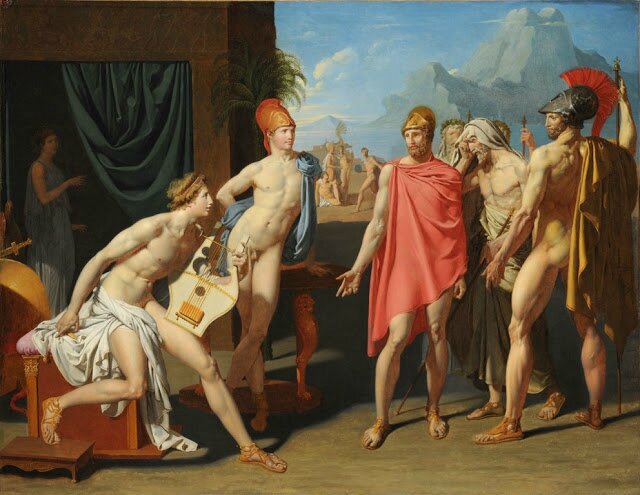