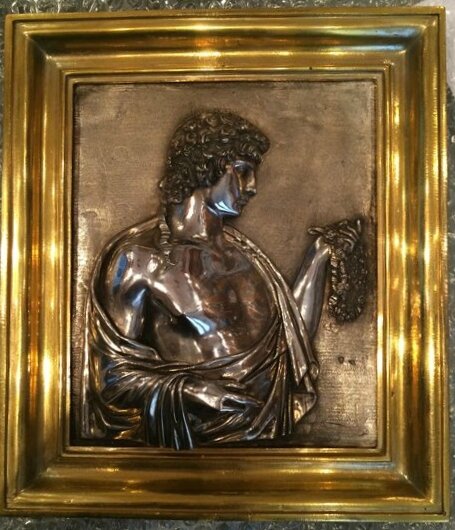 Tin-glazed earthenware, painted in colours on separate pedestal with cartouches reading Ser.Galba and Othonus. Other busts of the Roman Emperors Tiberius, Caligula and Domitian by Angelo Minghetti can be seen in the collections of the V&A in London.