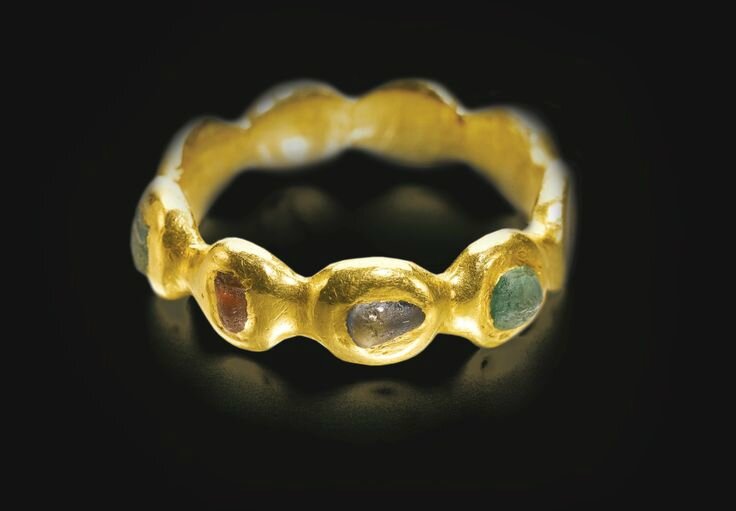 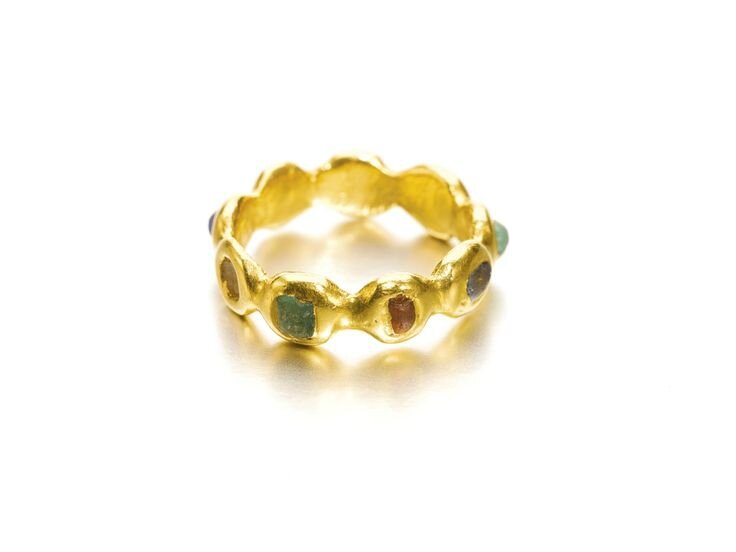 Provenance: Discovered during excavations for the Royal Exchange, London, circa 1850;
Sir William Tite MP FSA (1798-1873);
and thence by descent

This beautiful finger ring finds a strong comparison in an example from the Romano-British Thetford hoard, discovered near Thetford in Norfolk in 1979 (inv. no. 1981,0201.12). Like the present ring, it would once have been completely adorned with gems, in a style that is typical of 4th-century AD Roman rings.

A particularly good comparison for the ring is found in another ring in the British Museum, catalogued as Roman, 4th century (inv. no. GR1917,0501.858). Note the similar arrangement of different coloured stones in individual cells. According to Jeffrey Spier, this style of ring became popular in the 3rd century CE and remained so into the 7th century. Another similar ring is published by Spier (op. cit., pp. 62-65, no. 7).
Sir William Tite was one of Britain's most prominent 19th-century architects, rising to become President of the Royal Institute of British Architects. He is best known as the architect of the Royal Exchange in London, during the excavations for which the present ring was discovered. Tite clearly kept the ring as a memento. Tite was also responsible for designing many of Britain's railway staions, including Exeter station.