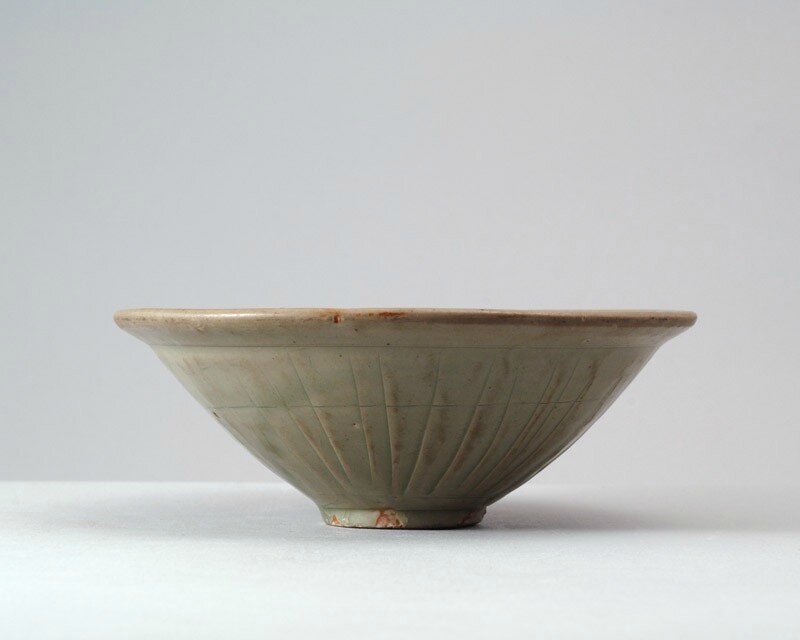 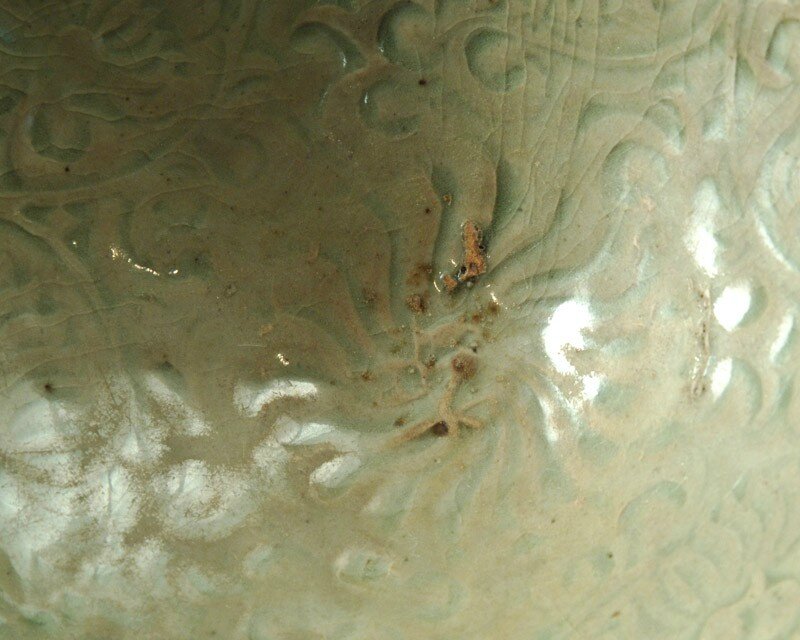 Similar to the bowl, [LI1301.288], also in the Barlow Collection, but larger and less fine in quality, this bowl was probably made by one of the kilns copying Yaozhou, in Shaanxi or in the neighboring province of Henan. A similar, but much smaller bowl with a different family name in the centre, in the Palace Museum, Beijing, has been attributed to the Linru kilns of Henan (The Complete Collection of Treasures of the Palace Museum: Porcelain of the Song Dynasty (I), Hong Kong, 1996, no.147).

The bowl has slightly rounded conical sides, the rim is everted with an angle on the outside and curved on the inside, the short tapering foot has a low broad footring. The piece is moulded with a stylized flower scroll with a fully opened bloom in the centre, surrounded by a scroll with three similar blooms between smaller ones seen in profile, among dense overall foliage. The central bloom is inscribed with the chacter yang (a family name). The rim area is left plain, the outside shows simple radiating strokes cut with a knife held at an angle. The pale green glaze leaves only the footring free, where the brown biscuit is revealed. An accidental unglazed patch on the outside has burnt a reddish brown.