A large blue and white dish, Early Kangxi period, circa 1670

A large blue and white dish, Early Kangxi period, circa 1670 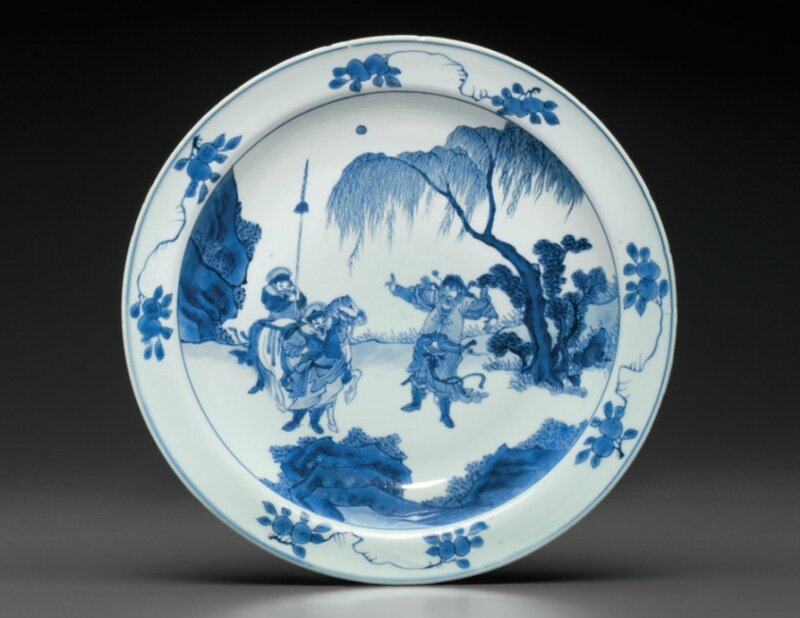 The large dish, with narrow everted rim, is decorated in the center with a scene of a warrior standing beneath a willow tree and addressing an approaching figure on horseback with groom, with three fruiting sprays on the rim. The exterior with three similar sprays and a fourth on the base.  14 ½ in. (36.8 cm.) diam. Lot 3573 – Price Realized $11,250

Provenance: Acquired in London in the 1980s.
Collection of Julia and John Curtis.