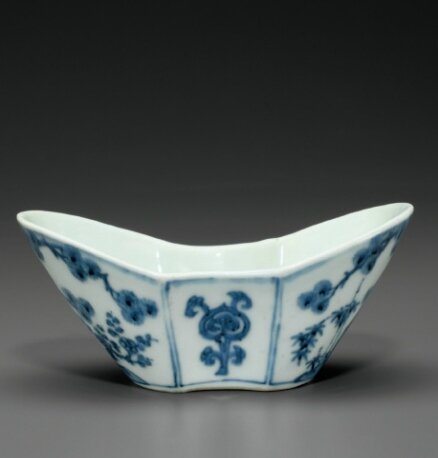 Notes: In her note to this rare cup in Chinese Porcelains of the Seventeenth Century: Landscapes, Scholars’ Motifs and Narratives, New York, 1995, p. 114, Dr. Julia Curtis writes that this example was probably used by a scholar as a brush washer, and that the decoration of the 'Three Friends', signifying constancy and steadfastness, embodies the qualities of the scholar-official. The shape is rare to find in porcelain. Dr. Curtis also notes that the only other known published example of this shape, but dating to the nineteenth century, is illustrated by Claudia Brown in Chinese Porcelain: The Wong Collection, Phoenix, 1982, pl. 113.