Gem set and diamond brooch, circa 1920

Gem set and diamond brooch, circa 1920 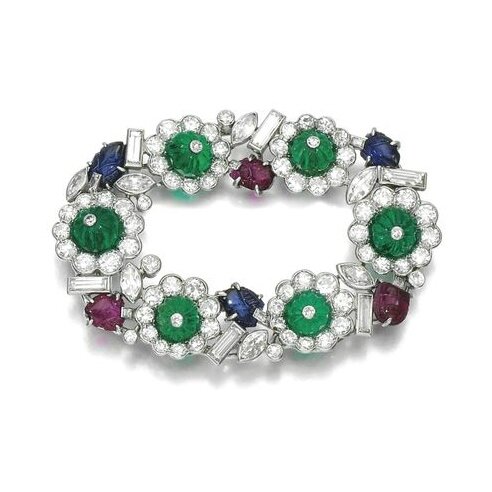 Henri Picq’s workshop in the Marais was responsible, from the early years of the 20th century through into the late 1920s, for some of the most iconic designs of the period. Working largely, though not exclusively, for Cartier, they pioneered the use of novel materials and executed some of Cartier’s most avant-garde designs. It was Picq, for example, who produced the first of the steel and diamond diadems of the 1910s. This garland brooch is of what has later become known as ‘tutti frutti’ design. Picq was responsible for making the very first of Cartier’s ‘tutti frutti’ jewels, at the time described simply as ‘pierres de couleur’, which was a bracelet designed for the Paris Exposition Universelle in 1925.