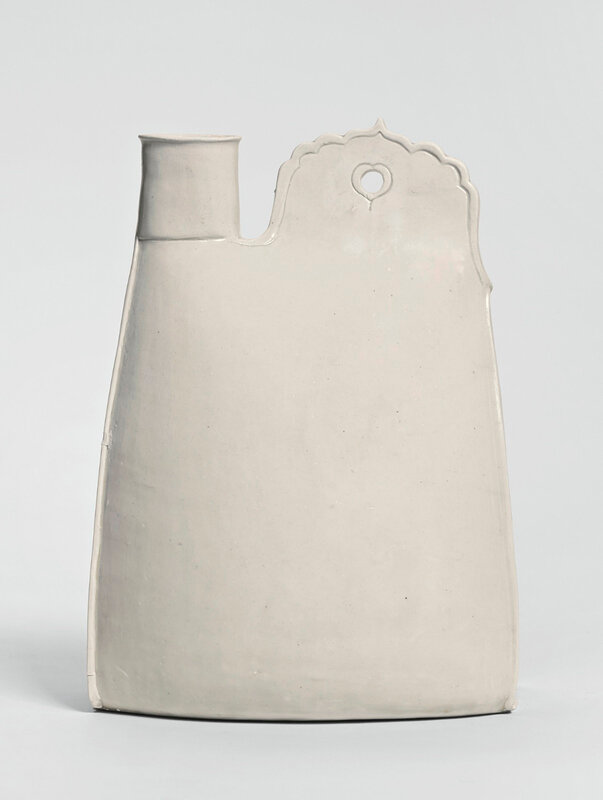 after a leather prototype, the lower bulbous section rising from a flattened base to a tapered top, the upper part terminating in a flat bracket-lobed flange and an upright circular spout with everted lip, the flange pierced with a hole, covered overall with white slip and a transparent ivory-tinged glaze stopping short of the base to reveal the white body.

Note: This flask is rather unusual, as flasks of this type usually have a more rounded and narrow lower section, but the present vase has a much more angular shape, with a flatter base. A flask of almost identical form but slightly smaller size, from the Idemitsu Museum of Art, Tokyo, was sold in our London rooms, 11th May 2011, lot 8.