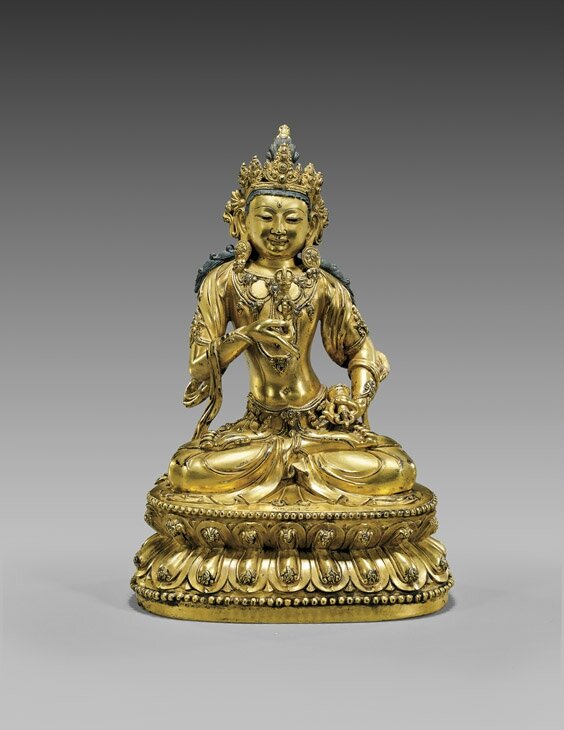 BEVERLY HILLS, Calif. – Asia Week in New York attracts a global contingent of art buyers who travel many thousands of miles – primarily from China – to immerse themselves in a frenzied schedule of specialty shows, exhibitions and other activities around Manhattan. But a new West Coast tradition embraced by Asian art connoisseurs over the past few years literally saves the best for last on their itineraries: I.M. Chait’s post-Asia Week auction. This year’s event, slated for Sunday, March 22, is timed so collectors can break up their long trip home from New York and bid on superb Asian antiques at the Chait family’s comfortable Beverly Hills gallery.

The post-Asia Week auction has become a big hit with international visitors, who enjoy the gracious, red-carpet treatment they receive from the Chait family and staff. This year’s auction will follow the same winning formula as in the past. The 488-lot auction includes an exceptional selection of Asian art, jade, ceramics, and bronzes, crowned by a highly important early Chinese Ming Dynasty gilt-bronze figure of a seated Bodhisattva.

A supremely beautiful work of art that was previously held in a private collection, the Bodhisattva figure measures 9 7/8 inches (25.8 cm) high and is incised with a six-character Xuande mark of the period (1426-1435). The artist’s fastidious attention to detail is evident in every tiny bead, fold of “cloth” and minute adornment to the deity’s crown. I.M. Chait Director of Operations Josh Chait said the figure is expected to reach $500,000-$600,000 at auction, if not more. “It’s just that special. It’s one of the finest pieces we’ve ever had the privilege of handling,” he said. Important Chinese Ming Dynasty, gilt bronze figure; of a seated Vajrasattva, holding up a dorje in his right hand and a bell in his left; wearing an ornate crown and richly adorned in beaded garlands and jewelry; seated in lotus position atop a double lotus base incised with six-character Xuande Mark and of the Period; H: 9 7/8";

The array of exquisite Chinese porcelains is led by a Ming Dynasty Wanli blue and white box of circular form. Its domed cover and sides are profusely decorated with dragons, qilin and other fantastical animals in a continuous pine-tree-dotted landscape. A ruyi-headed cloud motif encircles both the vessel and lid. With a Wanli mark and of the period, the 10¾-inch (dia.) box is entered in the auction with a $50,000-$60,000 estimate. 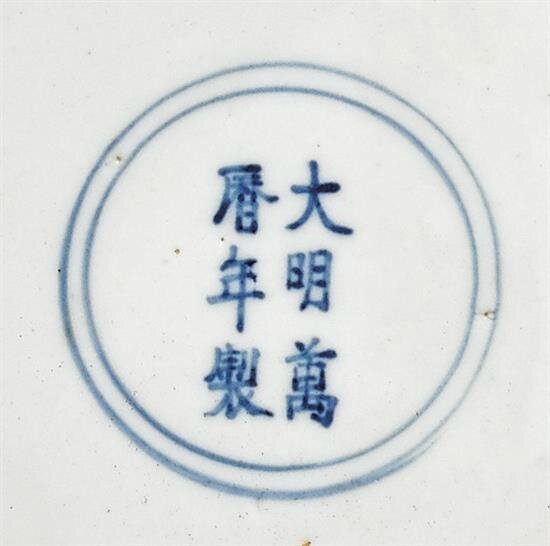 Superbly detailed and large, Chinese Ming Dynasty, blue and white porcelain box; of circular form, the domed cover and sides with design of dragon, qilin and other fantastical animals in a continuous pine tree dotted landscape, and with ruyi-headed cloud motif border to each rim; Wanli Mark and of the Period; L: 10 3/4"

An antique Chinese jadeite Buddha’s hand, is carved to reveal many symbolic details in addition to the main form, including a pomegranate, peaches, lingzhi fungus, and five bats in flight. This very special 19th-century artwork stands 8 1/8 inches tall on an elaborately openwork carved stand. Estimate: $30,000-$35,000. 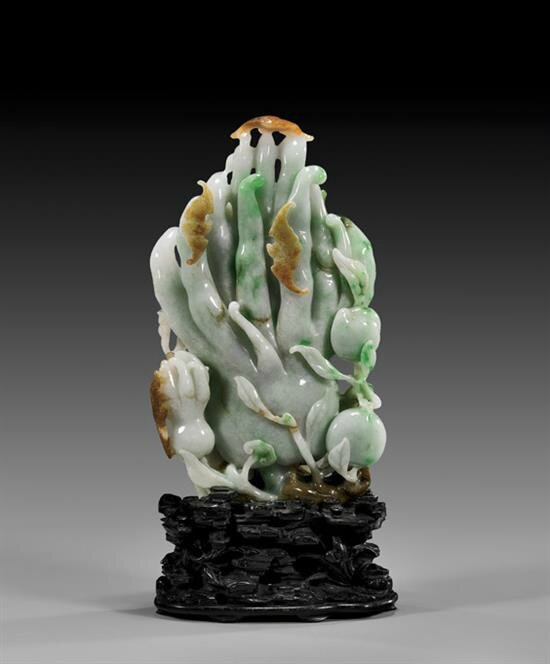 Important and antique, finely polished Chinese jadeite carving; in the form of a large Buddha's hand citron: with five bats in flight picked out from russet suffusions, together with a smaller citron, peaches, lingzhi fungus and pomegranate borne on a leafy branch; the stone of bright and deep apple green coloration, with some rust color showing; 19th Century; H: 8 1/8"; on original elaborately openwork carved wood stand

Measuring 55½ inches tall, a Chinese Tang Dynasty painted pottery Lokapala in fierce stance is dressed in fine warrior’s armor with three-dimensional qilin adornments on the shoulders. The figure stands atop a recumbent lamb that, in turn, lies on a realistic pottery replication of stone. One of several outstanding Tang pottery artworks in the sale, the Lokapala is cataloged and comes with an Oxford TL report. Its pre-auction estimate is $15,000-$20,000. Also from the Tang Dynasty, is a superbly carved 10-inch white marble model of a guardian lion pinning down and ferociously biting a demon. Presented on a wood pedestal stand, it comes to auction with expectations of reaching $38,000-$42,000. A stately nine-post Chinese huanghuali canopy bed with geometrical railings and storage space below is approximately 8ft high. Raised on low feet, this masterpiece of perfectly balanced design and understated sophistication is “for the connoisseur,” said Josh Chait. Its presale estimate is $60,000-$80,000. 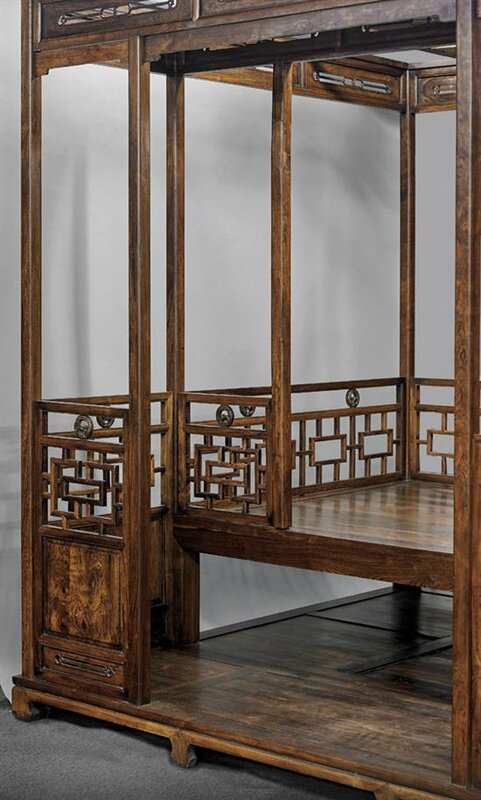 In addition to Chinese art and antiques, the auction will include Japanese and Southeast Asian art, and an elite selection of Western estate jewelry. Lot 415 is a magnificent Harry Winston diamond and platinum combination necklace/bracelet with maker’s marks for Francois Tavernier. Of graduated floral design with old European-cut centers and marquise-shape “foliage” accented by small-bezel-set rounds, it contains approximately 50.35 carats of diamonds. Its versatile design allows the piece to be worn either as a 16¾-inch necklace or a 6¾-inch bracelet. Its prior sale at Sotheby’s (Dec. 5, 2012, Lot #305) adds provenance to the already considerable cachet imparted by the uncompromising Harry Winston name. Estimate: $180,000-$200,000. 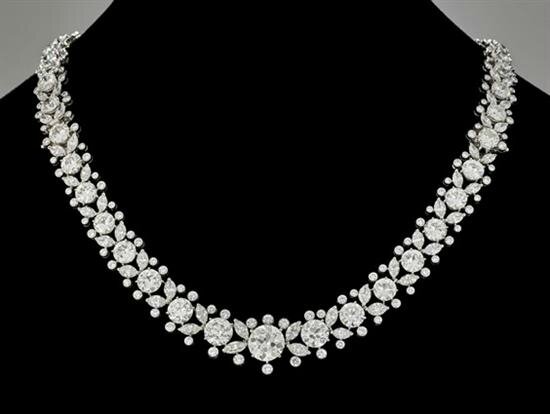 of charming, graduated floral design, comprised of old European-cut centers, with marquise-shape foliage and accented by small bezel-set rounds; cleverly converting for wear as a bracelet; with maker's marks for François Tavernier; diamonds weighing a total of approx. 50.35 Cts.; L: 16 3/4" ( as a necklace); L: 6 3/4" (as a bracelet);