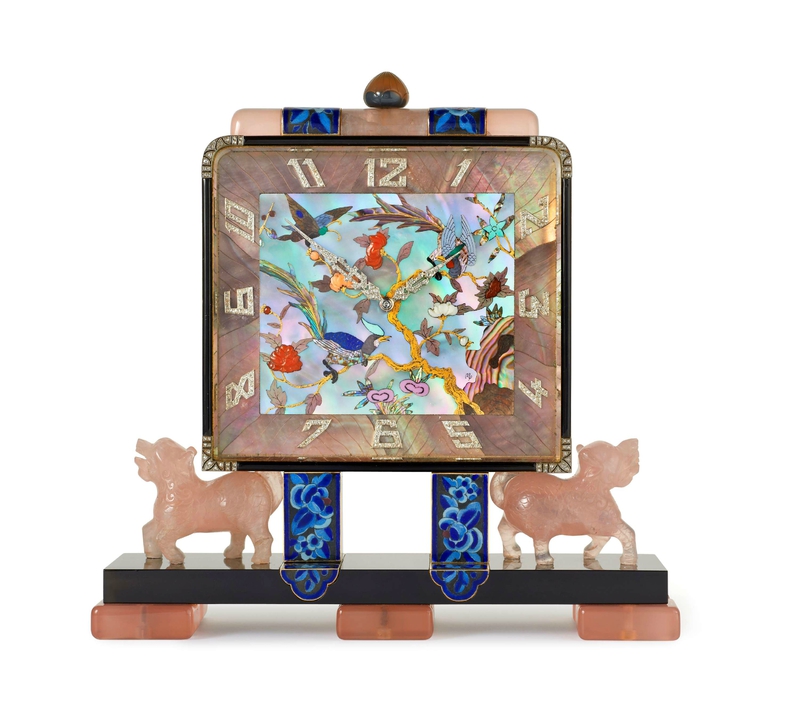 Though the art of inlay was primarily credited to Far Eastern artisans in the Art Deco period, one European craftsman, the Russian Vladimir Makovsky (1884-1966), is known to have practiced the technique with as much skill as those in Asia. Different from the lacque burgauté, his inlays consisted of tinted mother-of-pearl and a mixture of hardstones on a mother-of-pearl background. The movement of light is brought to life by the shimmering effect of the nacre. Although his work was often unsigned, his ornamented signature can here be seen to the far right. Literature: In 'Sterle' by Viviane Jutheau, a picture of Pierre Sterle showing necklaces to Edwige Feuillere with this necklace on the desk Hancocks, founded in 1849 and still family owned, is one of London's oldest and finest specialist dealers buying and selling rare and collectable jewels.