'Bent, Cast, and Forged: The Jewelry of Harry Bertoia' on view at the Cranbrook Art Museum

'Bent, Cast, and Forged: The Jewelry of Harry Bertoia' on view at the Cranbrook Art Museum BLOOMFIELD HILLS, MICH.- Cranbrook Art Museum announces that the exhibition Bent, Cast, and Forged: The Jewelry of Harry Bertoia will open on March 14, 2015. This is the first Museum exhibition devoted exclusively to Harry Bertoia’s designs for jewelry. It will run through November 29, 2015.

Bertoia (b. 1915 - d. 1978) is a graduate of Cranbrook Academy of Art and a former Metalsmithing instructor. He has received international acclaim for his woven wire metal furniture and large bronze and copper sculptures, but his earliest exploration of the medium originated in jewelry design while still a student at Cass Tech High School in Detroit in the 1930s. Out of the hundreds of jewelry pieces attributed to Bertoia, the majority were produced during his years at Cranbrook in the early 1940s. 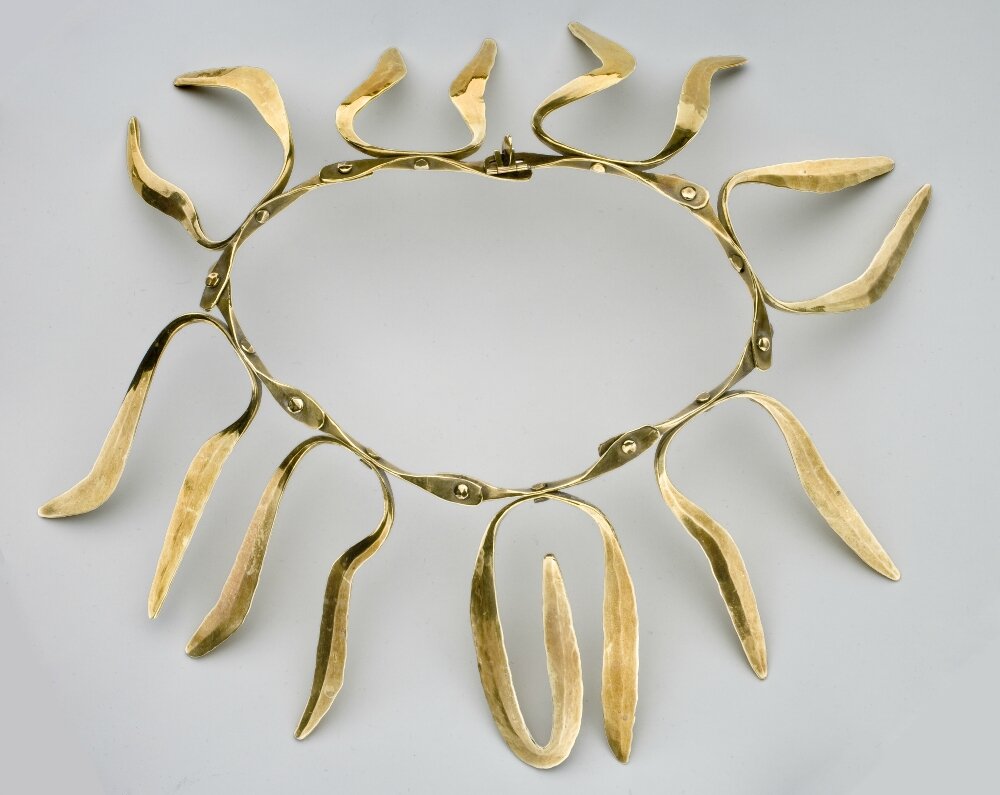 Bent, Cast, and Forged: The Jewelry of Harry Bertoia will display 30 jewelry works – and offers an early glimpse of a creative vision that would crystallize as his career matured. Bertoia was a student at the Academy from 1937-39, and stayed on as a Metalsmithing instructor from 1939-1943. While showing an early talent for silver-plated tableware at Cranbrook, wartime rationing forced him to work on a smaller scale, creating jewelry from melted down metal scraps from the shop - including wedding rings for Cranbrook friends Charles and Ray Eames.

“Harry Bertoia’s artistic legacy is tremendous, and with the upcoming centennial of his birth in March 2015, we thought it auspicious timing for an exhibition devoted to his jewelry — the first of its kind in a museum setting,” said exhibition curator Shelley Selim, Cranbrook Art Museum’s 2013-2015 Jeanne and Ralph Graham Collections Fellow. “It is thrilling to see his investigations of form and material in his early days as an artist and designer.” According to Selim, it was during his time at Cranbrook that he also began to produce his monotype prints, several of which will also be featured in the show, “to illustrate how the artist harnessed the same intuitive and experimental approach to making in his planographic compositions,” she says. “This examination of Bertoia’s jewelry is not only a case study of one facet of a versatile career, but also an exploration of process and creative discovery. Bertoia made jewelry as a way of working out his conceptual interests — particularly the vital forces of nature and its cycle of growth and decay. The pieces in the show embody a developing visual language and artistic worldview that persevered and intensified throughout his entire career.”

This exhibition highlights Bertoia’s investigations of form, dimension, and material on a concentrated and bankable scale – establishing him as a pioneer of the American Studio Jewelry movement and a master of elevating fashionable adornment to objet d’art. 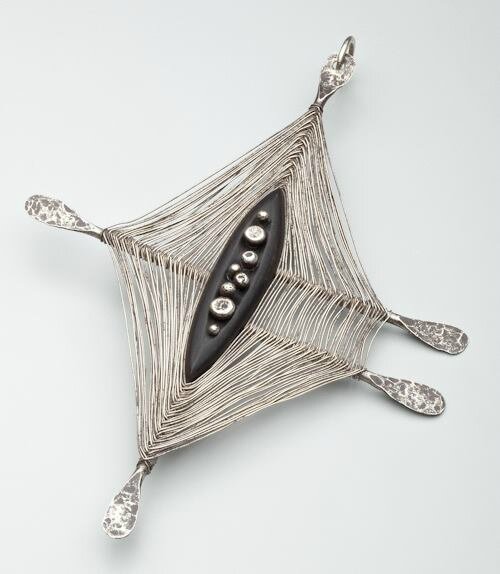 The exhibition features 30 objects in total, plus 13 monotype prints. In addition to the three works from Cranbrook’s own collection, there are pieces in the exhibition on loan from Renee Murphy, Kim and Al Eiber, the Montreal Museum of Fine Arts, the Philadelphia Museum of Art, Leah Gordon Antiques, Drucker Antiques, and the estate of Lois Rosenthal.

Bent, Cast, and Forged: The Jewelry of Harry Bertoia was organized by Cranbrook Art Museum and curated by Shelley Selim, the Art Museum’s 2013-2015 Jeanne and Ralph Graham Collections Fellow. The exhibition is sponsored, in part, by Wright Auction House, Kim and Al Eiber, and the David Klein and Kate Ostrove Exhibition Fund. The exhibition will be accompanied by a full-color catalogue published by Cranbrook Art Museum. 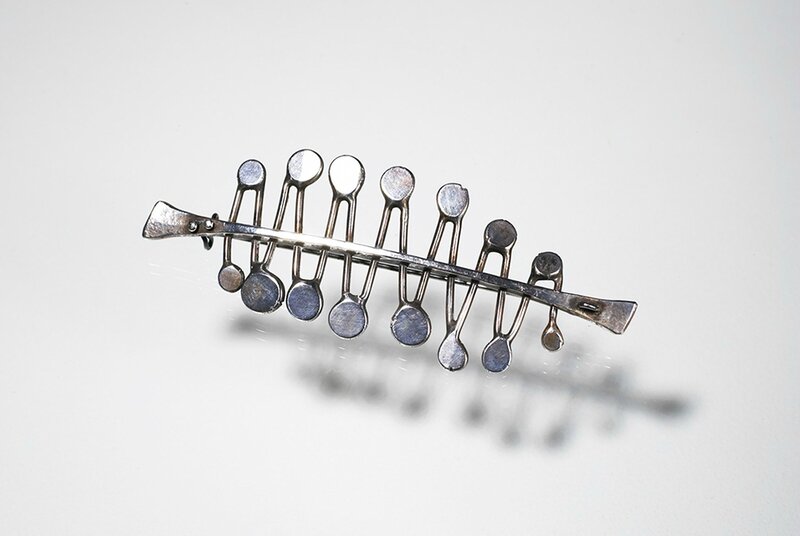 Commentaires sur 'Bent, Cast, and Forged: The Jewelry of Harry Bertoia' on view at the Cranbrook Art Museum