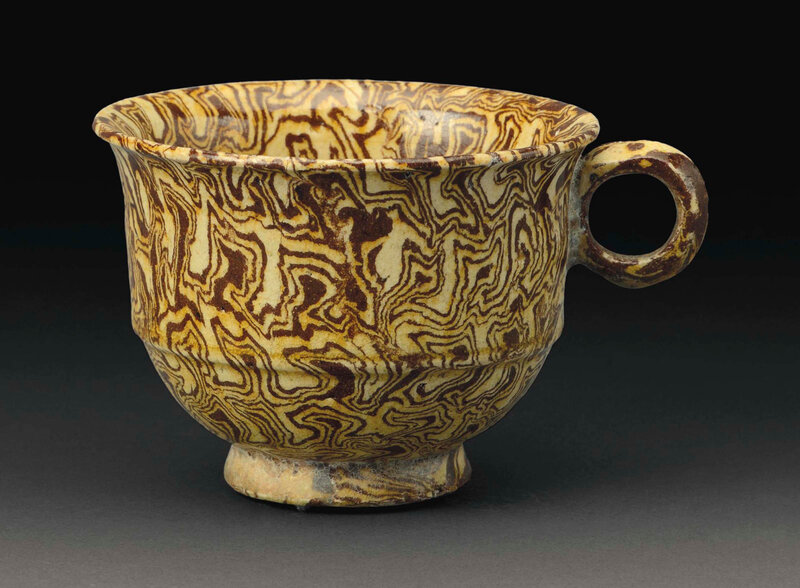 The cup has a deep, rounded body that tapers from a bow-string band to the small flared foot and rises to the everted rim, with a loop handle to one side. The marbled white and red ware is covered with a transparent glaze of yellow color, Japanese wood box.

Note: A very similar marbled cup, but without the bow-string band, from The Springfield Museums, Springfield, Massachusetts, was sold at Christie's New York, 21-22 March 2013, lot 1164.