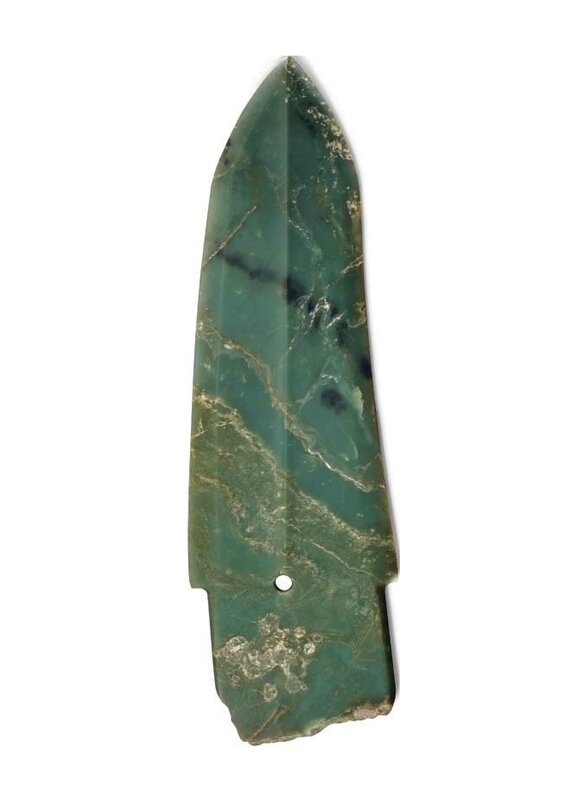 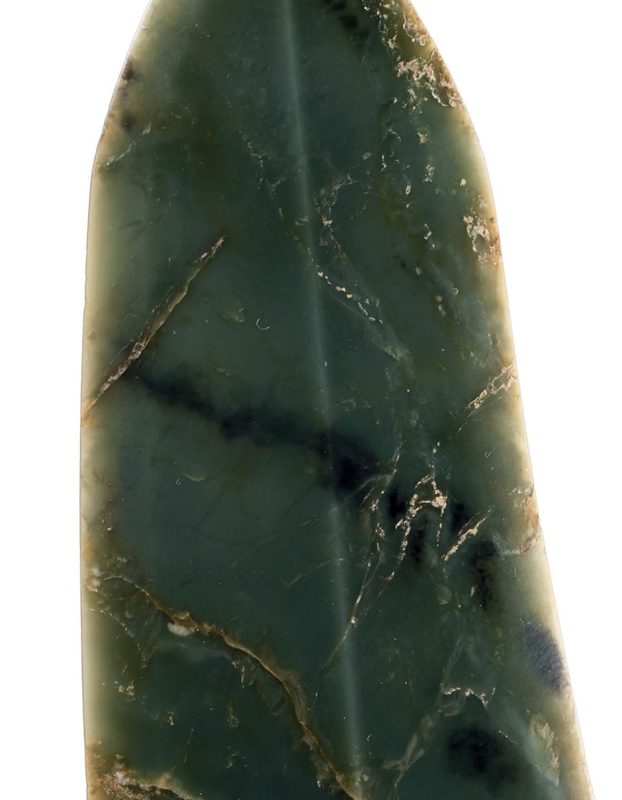 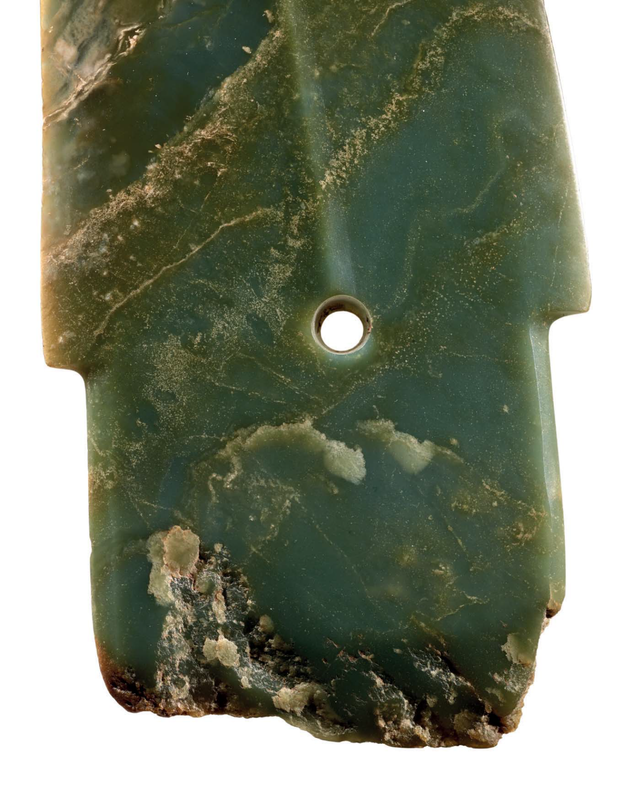 The broad blade with beveled edges and pronounced median ridge on each side extending from the hafting hole to the tip, the hole drilled from both sides, the softly polished, moss-green stone with opaque white and black markings - 15 in. (38 cm.) long, box

Notes: Early Chinese considered jade the most precious of all materials, prizing it more than gold, silver, or bronze. In fact, the Chinese had discovered jade and had mastered techniques for working it already in Neolithic times. That love of jade, which some anthropologists consider a defining characteristic of Chinese culture, has continued from earliest times down to the present.

The earliest Chinese jades included ritual implements (such as bi discs and cong tubes), articles of personal adornment, the occasional small sculpture, and, of course, various types of blades, which were effectively used as weapons in Neolithic times, because jade is a very hard stone, but likely served more as badges of office and emblems of rank in the early historic era (as bronze blades came to replace stone weapons). The stone traditionally prized as jade in China is nephrite, which had become the standard by Shang times; by contrast, a variety of beautiful hardstones, including nephrite, was employed in Neolithic times, perhaps because a uniform standard had not yet evolved or perhaps because nephrite was not always readily available. A translucent stone, nephrite occurs in a range of colors from white to green, grey, and even black; Shang jades vary in hue but typically are sea-green or bluish green, like this example.

The functional blade-type most commonly encountered among Shang jades is the ge dagger-axe (sometimes erroneously translated as “halberd”). A pole weapon, the ge comprised a jade blade attached perpendicularly to a wooden shaft, the blade’s tang likely fitted through a slot at the end of the shaft, and the blade secured to the pole with a thong looped through the circular opening at the base of the tang. Although the ge-blade type doubtless originated in stone during Neolithic times, by the Shang dynasty the style of such blades derived from bronze examples that are seen as early as the Erlitou period. See the drawing of a bronze ge from Henan Yanshi Erlitou, c. 1900-1600 BC, illustrated by J. Rawson, Chinese Jade from the Neolithic to the Qing, British Museum, 1995, p. 192, fig. 2.