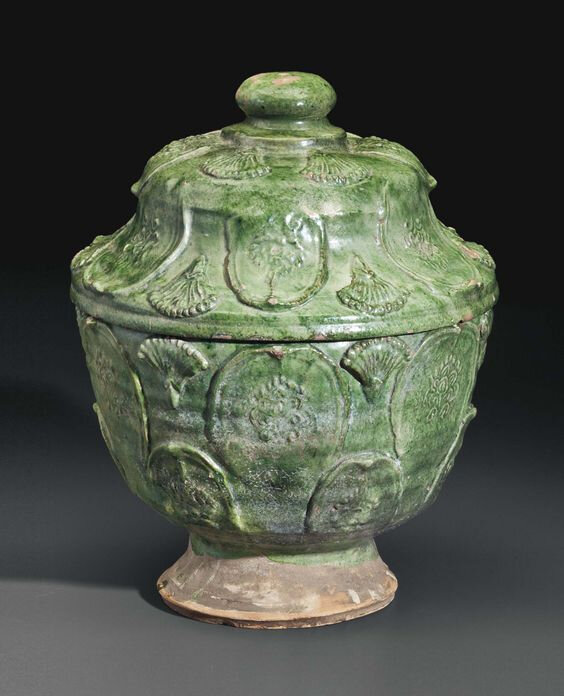 The deep bowl applied around the sides with upright petals separated by tassels, the similar decoration on the domed cover inverted below the large finial, both covered on the exterior with a bright green glaze over a white slip, box