“Tiara collection” from the “Gallery Precious”

“Tiara collection” from the “Gallery Precious” 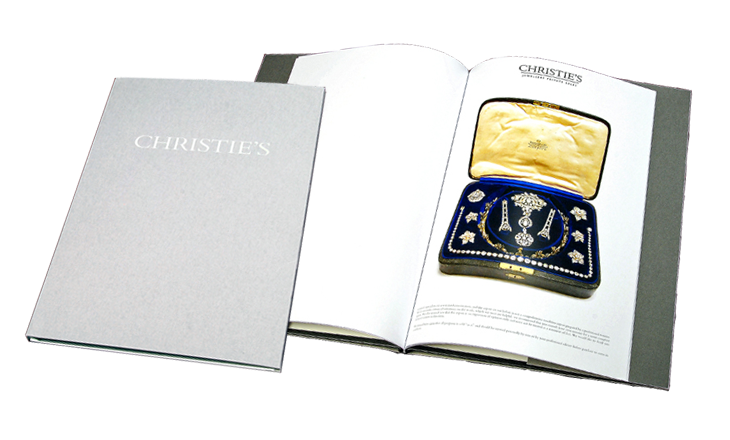 Had been exhibited at [10th Doha Jewellery Fair], we purchased a diamond-emerald tiara. The graduated palmette-shaped panels interspersed with a series of tapering batons with trefoil terminals to the diamond collet line with trace-link neckchain, mounted throughout with old-cut diamonds, converts to form a tiara, circa 1905, tiara frame inner circumference 25.0cm , with original fitted blue velvet case by Mrs Newman, Grosvenor Sq, London Diamond Tiara of the 1860s of the Victorian era. Copyright (c) 2012 Gallery Precious 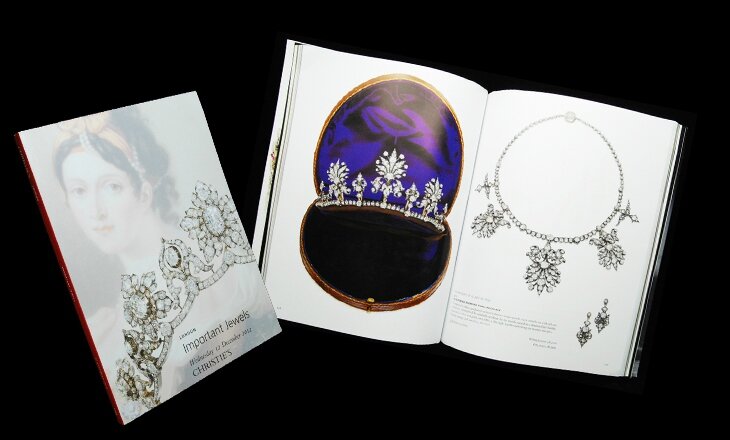 This [Tiara], rather than the usual tiara that jewelry is studded, it is made of the "yellow gold", "Green Gold", the design has become a Art Nouveau.
It has become a 1900 production of, we have almost the same design as the other [Art Nouveau pendant] that has been held by the Company. 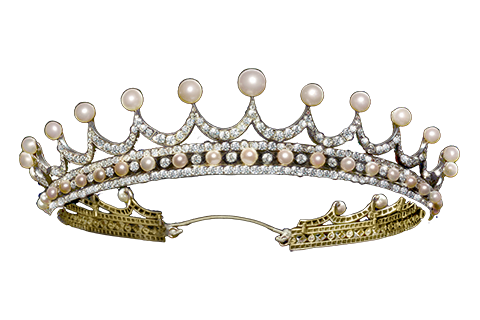 Composed of a continuous series of cushion shaped old-cut diamond graduated swags, each with a single natural pearl surmount, raised on a similarly-set natural pearl and diamond triple line band, mounted in silver and gold, circa 1890, 4.0cm high at center

Accompanied by report No.20019708 dated 21 October 2014 from AnchorCert, Birmingham, stating That the 21 pearls on the top tier of the tiara Are natural, Saltwater, the remaining pearls untested