ZURICH.- Galerie Edwynn Houk is presenting an exhibition of photographs by Cathleen Naundorf (German, b 1968). This is the Paris-based photographer’s first exhibition with the gallery and her first within Switzerland.

Cathleen Naundorf studied painting and photography in the 1980s in Münich. It was a longstanding friendship and mentorship with the acclaimed fashion photographer Horst P. Horst (1906-1999) that sparked her interest in fashion photography. Through Horst’s tutelage and guidance, she began photographing backstage at Paris fashion shows for Condé Nast from the mid 1990s. 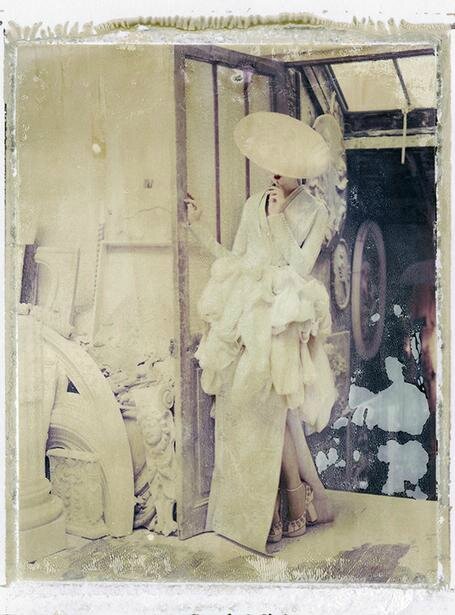 Since 2005, Naundorf has been working on a series called “Un rêve de mode,” focusing on famous couture fashion houses including Chanel, Dior, Gaultier, Valentino, Elie Saab and Christian Lacroix. Because of her extensive knowledge and understanding of the garments, and her close rapport with the designers themselves, Naundorf has been granted unprecedented access to these Houses’s couture collections. She has been able to personally select gowns from the couturiers’ archives, and with her team of models, assistants, make-up artists, and hairdressers, she constructs elaborate and almost cinematic settings for her photographs, capturing the grace, grandeur, and remarkable beauty of the clothes. For nearly 15 years, Naundorf has been using large format cameras with Polaroid film. After shooting the image, she then transfers the film onto a special paper. Using various techniques and manipulations directly on the transfer, she creates a plethora of surface particularities, visible on the final chromogenic prints – the bleeding and blurring of the images, the pooling of color. For the black and white pictures, also shot on Polaroid film, each is reworked and retouched by hand. In all of her pictures, the various marks, distortions, and reworkings give the effect of a passing of time to a long ago grand age of elegance and beauty. Naundorf has exhibited extensively in Europe and in America, and her work is frequently published in various fashion and lifestyle magazines including Harpers Bazaar and Elle. The book Haute Couture: the Polaroids of Cathleen Naundorf was published in 2012 in a limited edition by Prestel. Naundorf lives and works in Paris. 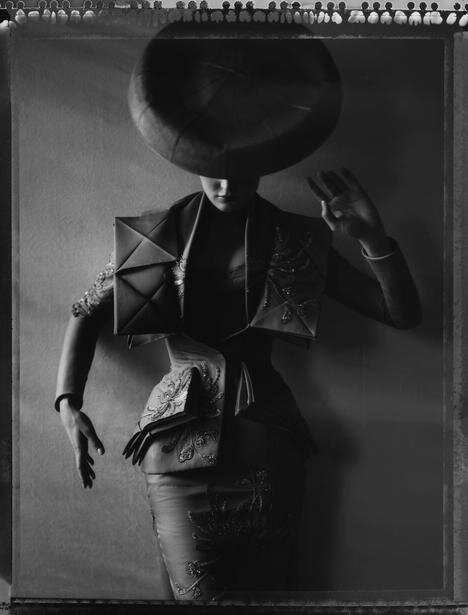 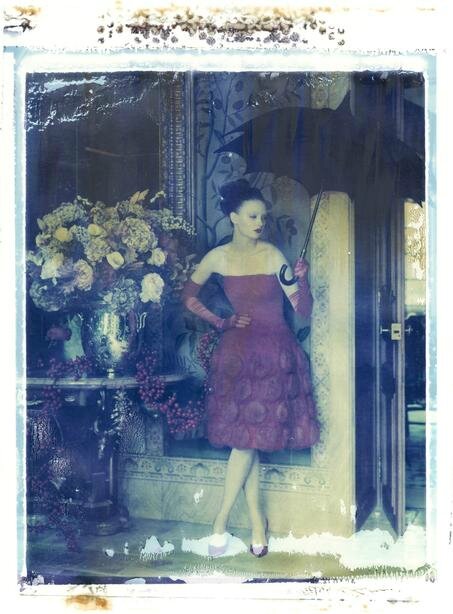