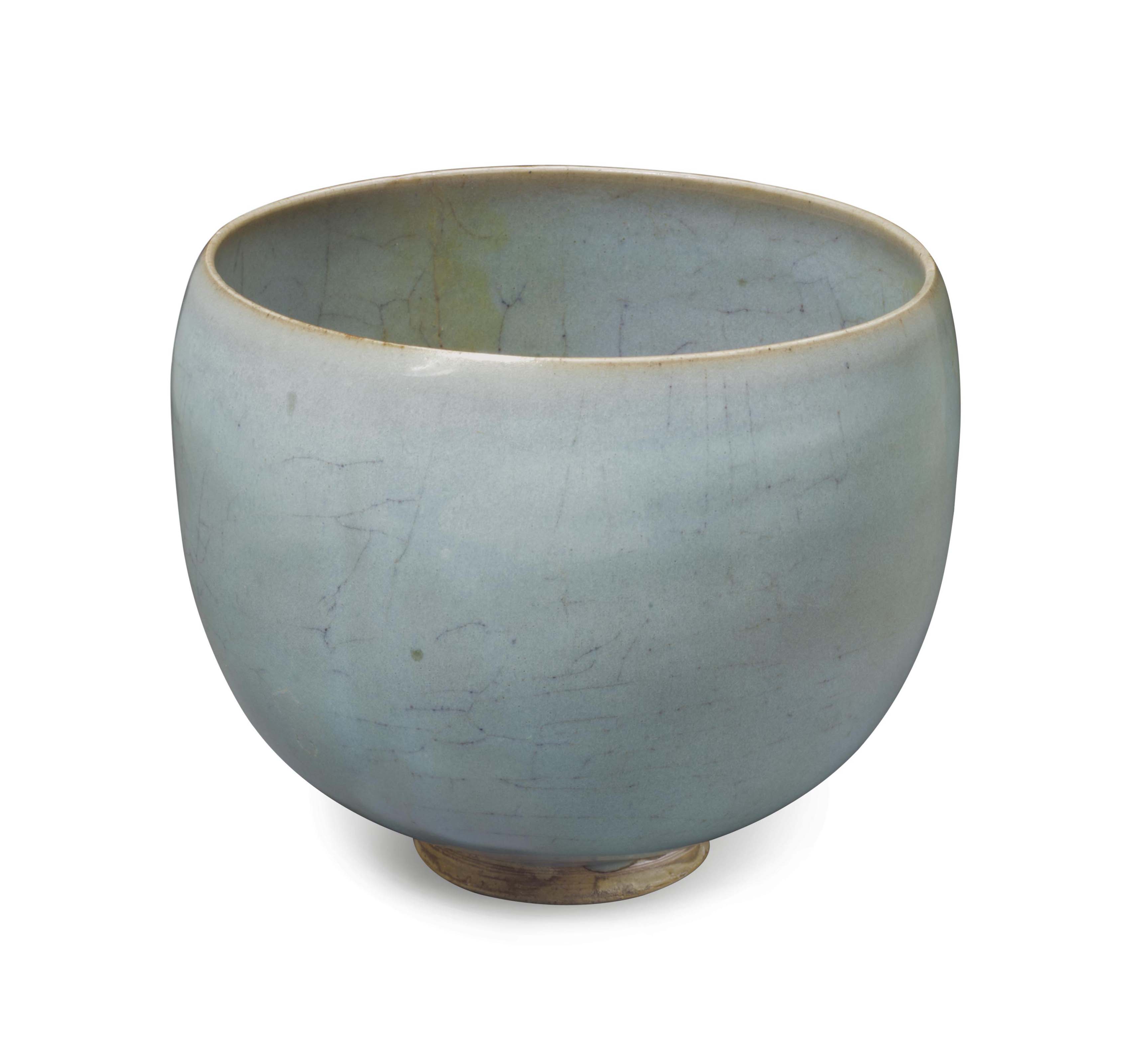 With deep rounded sides, covered inside and out with a thick glaze of bluish-turquoise tone thinning to mushroom at the rim and falling in thick drops on the short foot, the foot and base unglazed except for a drop of glaze on the base, the center of the interior unglazed exposing the brown ware, box