Collection of leading American businessman Jerome H. Stone to be offered at Sotheby's

Collection of leading American businessman Jerome H. Stone to be offered at Sotheby's 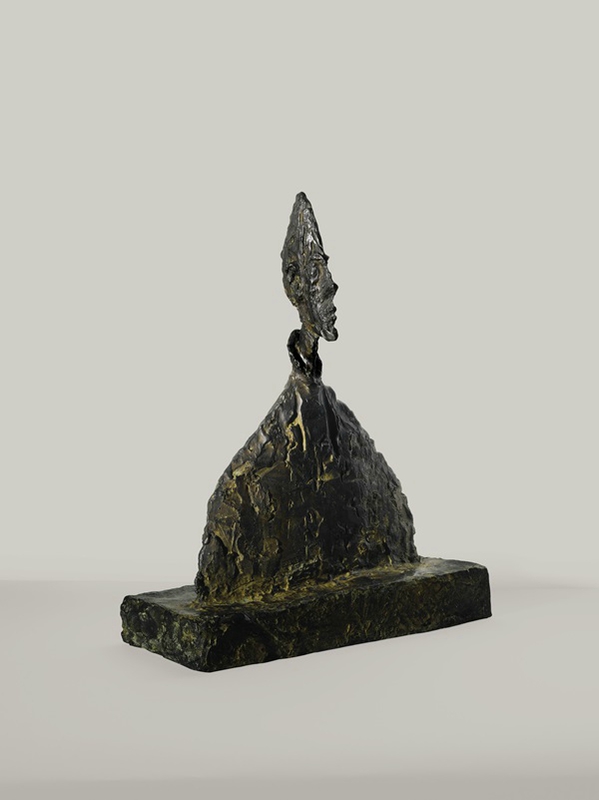 NEW YORK, NY.- Sotheby’s will present the collection of noted Chicago businessman and philanthropist, Jerome H. Stone. Assembled by Mr. Stone and his wife, Evelyn, predominantly in the 1950s and '60s, the collection offers important modern works by artists including Fernand Léger, Alberto Giacometti, Joan Miró, Juan Gris and Marc Chagall, among others, which will be offered across a series of auctions this spring. Drawn exclusively from leading dealers of the day, including Pierre Matisse and Sidney Janis, and unseen in public for more than 40 years, the collection is estimated at more than $40 million, with the highlights to be offered in Sotheby’s Impressionist & Modern Art Evening Sale on 5 May 2015. Select works will travel to Hong Kong and London for exhibition prior to the auction in New York. JEROME H. STONE (1913-2015)
From modest beginnings, the impact of Jerome Stone’s life would come to be felt across various sectors of his home city of Chicago and beyond. He built a family business, Stone Container Corporation, into a national, multibillion dollar firm and, throughout his adult life, committed himself to causes and institutions that mattered to him and his family, once saying, “Do things here and now, not after you’re gone. If you have some money, share it. And if you have some time, do something worthwhile.” He was an early and devoted supporter of Roosevelt University, serving as Board Chairman for 15 years, and was a crucial figure in securing the future of the Museum of Contemporary Art Chicago, spearheading the fundraising responsible for the construction of the institution’s current location.

Yet perhaps Jerome Stone is best known for his groundbreaking work to conquer Alzheimer’s, a mission that would dominate his life following the diagnosis of his wife, Evelyn, in 1970. He brought visibility to a disease that was virtually undiscussed at the time and critical support and resources to aid in the advancement of research in the quest for a cure. His tireless commitment led to the creation of the Alzheimer’s Association in 1979, and in 1986 President Reagan presented him with the President's Volunteer Award in recognition of his work in the fight against the disease. Today, the Alzheimer’s Association has evolved into the largest and most influential global organization of its kind.

Jerome Stone’s determination transcended all aspects of his life. Simon Shaw, Co-Head of Sotheby’s Worldwide Impressionist & Modern Art Department, said: “Jerry Stone was a demanding and discerning collector who knew exactly which works of art were for him. He pursued collecting with a passionate intensity and he loved the thrill of the chase. His collection reflects the greatest of the European avant-garde, and he sought only the best examples available from the pioneering dealers of the era. His vision proved incredibly prescient as all of these artists are now among the most desired of the modern masters in today's market.”

THE COLLECTION
Eleven works will be offered in Sotheby’s Impressionist & Modern Art Evening Sale on 5 May in New York. Mr. Shaw continued, “The works in this collection are distinguished not only by their quality, but by their freshness, having never appeared at auction and remaining largely unseen in public for at least the last 45 years.”

Acquired in the early 1950s from the Sidney Janis Gallery, Fernand Léger’s enchanting La Roue Bleue, état définitif was among the first of many works by the artist to enter the Stone collection (est. $8/12 million). Painted in the immediate post-war period of the 1920s, La Roue Bleue, état définitif is a gleaming symbol of technological progress in a time of rapid industrialization. Among a series of works from this time, including Les Deux Pecheurs (est. $4/6 million) and Les Pecheurs (est. $2.5/3.5 million), the composition celebrates the scale and breadth of industrial development and the impact it had on modern life. While War-torn Europe was focused on the rebuilding of nations, Léger too felt a moral obligation to participate in the effort, doing so through his art. Taking inspiration from his surroundings, he incorporated pure, local colors and decontextualized machine elements, transforming the traditional still life into a bold fragmentation of objects and space that encapsulates the style and glory of post-war. Joan Miró's fantastical composition from 1951, L’Oiseau encerclant de l’or éntincelant la pensée du poète, exemplifies the expressive potential of abstraction (est. $6/9 million). When Miró painted the present canvas in 1951, he had already become acquainted with the new techniques and aesthetic agenda of the Abstract Expressionists, having been introduced to their work in the late 1940s by his great champion in the United States, Pierre Matisse. Matisse would go on to expose an entire generation of American collectors to Miró’s work and that of his fellow members of the European avant-garde. Stone first met Matisse in 1949 and the two developed a close relationship, with Matisse often granting Stone the right of first refusal on important works, including the present canvas, which Stone acquired in 1954. Conceived in 1954 and cast in bronze before 1956, Alberto Giacometti’s extraordinary Buste de Diego (Aménophis) has remained in the Stone collection for over half a century since it was acquired in 1956 (est. $6/8 million). The work, part of a series of busts and heads depicting his brother, Diego, was described by Pierre Matisse as the artist’s most important such rendering. The profoundly expressive work demonstrates Giacometti’s shift in attention from the spindly elongated figures of his post-war years towards figural sculptures that were more naturalistic in scale. By the time Buste de Diego (Aménophis) was executed, Diego had been sitting for his brother for over forty years, at which point he assumed the role of collaborator in Alberto’s work. Diego was a crucial presence in his brother’s daily life, the man he knew best and his physiognomic similarity to Alberto furthermore invested these projects with a decisive autobiographical narrative.

Also by Giacometti is a painting from 1950, Pommes Dans L'atelier (est. $3.5/5 million). The work depicts Giacometti’s studio, capturing the frenetic artistry that defined his creative process. Between 1950 and 1954, the artist completed several canvases, drawings and lithographs that depicted the jumble of plastic sculptures, empty bottles and wooden stools that crowded his work-space. Yet, staged elements like the ripe-red apples strategically placed in the center of the composition, act as reminders of the artist’s overall control of his environment. Taking a certain pride in his permissive disarray, the tension between order and disorder is at the heart of these compositions, and Giacometti's painting captures the beauty created by these forces in opposition. The May auction will also include the very first work to enter the Stone’s collection; a purchase which, fittingly, was made from Pierre Matisse. On a trip to New York in 1949, Matisse’s gallery was the first Stone visited with a friend, and Marc Chagall’s La Maison Rouge, painted in 1948, was also the first work that Matisse showed him (est. $2.5/3.5 million). Immediately connecting with the artist’s iconic themes of love, family and Judaism, Stone was taken with the canvas. Encouraged by his friend to visit other galleries, Stone reluctantly obliged, only to return to Matisse’s gallery to say, “I’m afraid I fell in love with the painting.” A deal was struck and so began not only an important relationship with Matisse, but also Chagall, whom the Stones would visit in France in the years that followed. Purchased by Stone from Sidney Janis in 1953, Juan Gris’ dynamic oil composition, Guitare et compotier, beautifully captures the exuberance of the artist's Synthetic cubist style (est. $2/3 million). One of the most highly regarded for his talent and vision, Gris is considered one of the few artists to successfully adopt the perspectival and compositional devices that Cubist founders Braque and Picasso employed. Painted in November 1919, the present work displays an art historical trope of a tilted table-top with a guitar and decorative bowl of fruit. In fragmenting the objects and their surrounding space into illogical planes, Gris brings his representation to the brink of abstraction, allowing the viewer the right amount of clues necessary for reconstructing the subject. Further works by artists including Josef Albers, Willem de Kooning, Adolph Gottlieb and Jean Dubuffett, among others, will be offered in Sotheby’s spring 2015 auctions of Contemporary Art in New York and Paris.