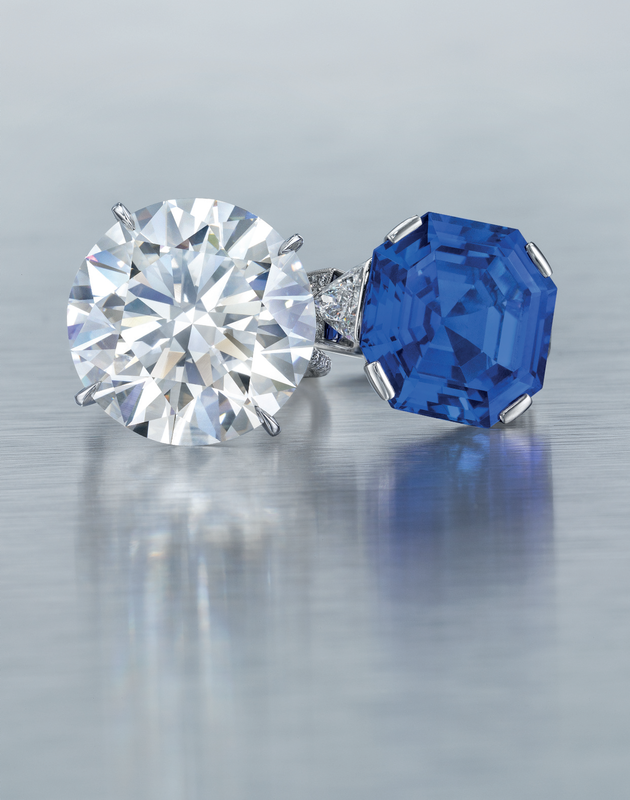 With report 1162547321 dated 25 November 2014 from the Gemological Institute of America stating that the diamond is H color, VVS1 clarity, with excellent cut, polish and symmetry Set with an octagonal-cut sapphire, weighing approximately 15.08 carats, flanked on either side by a triangular-cut diamond, to the circular and baguette-cut diamond shoulders, mounted in platinum. Signed BVLGARI

With report 13055036 dated 4 June 2013 from the Gübelin Gem Lab stating that gemmological testing revealed characteristics with those of sapphires originating from Burma (Myanmar). No indications of heating

With report 11005109 dated 6 December 2007 from the AGTA Gemmological Testing stating that the sapphire's origin is Burma (Myanmar). No indications of heating; accompanied by a Burma Sapphire JewelFolio No. 0001 attesting to the rarity of this sapphire

Commentaires sur An impressive diamond ring and A fine sapphire and diamond ring, by Bvlgari