A diamond ring, by Graff

A diamond ring, by Graff 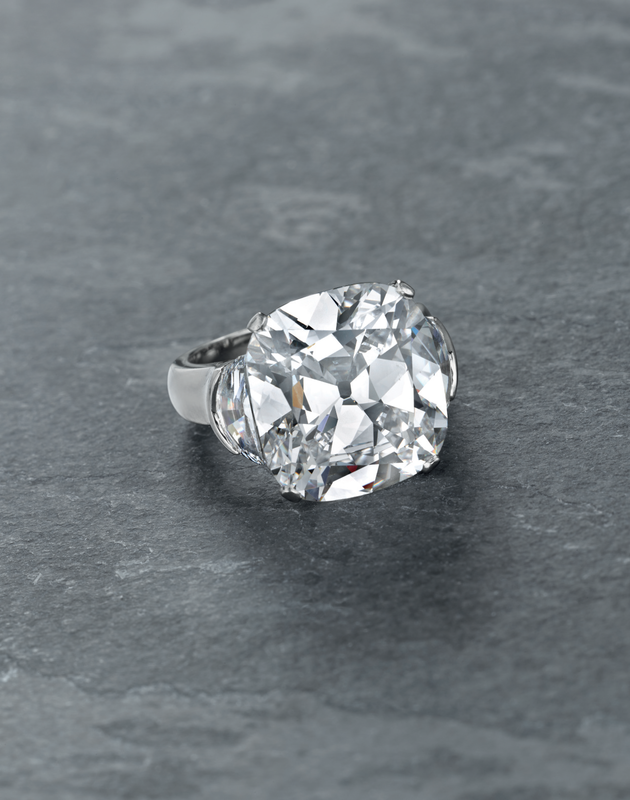 Set with a cushion-cut diamond, weighing approximately 11.13 carats, flanked on either side by a half moon-cut diamond, mounted in platinum. Signed Graff

With report 15716360 dated 30 December 2014 from the Gemological Institute of America stating that the diamond is D color, VS1 clarity; accompanied by a working diagram indicating that the clarity of the diamond may be potentially Internally Flawless