A ruby and diamond ring

A ruby and diamond ring 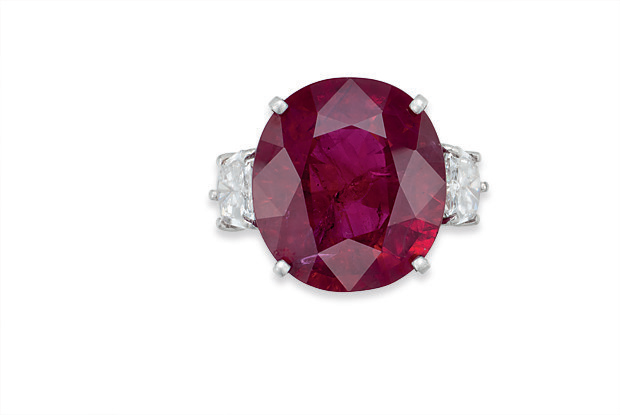 Set with an oval-cut ruby, weighing approximately 20.26 carats flanked on either side by a shield-shaped diamond, mounted in platinum, with French assay mark

With report 0708701 dated 20 April 2012 from the Gübelin Gem Lab stating that gemmological testing revealed characteristics consistent with those of rubies originating from Thailand (Siam). Indications of heating