Bonhams to auction five masterpieces of the Meiji period

Bonhams to auction five masterpieces of the Meiji period 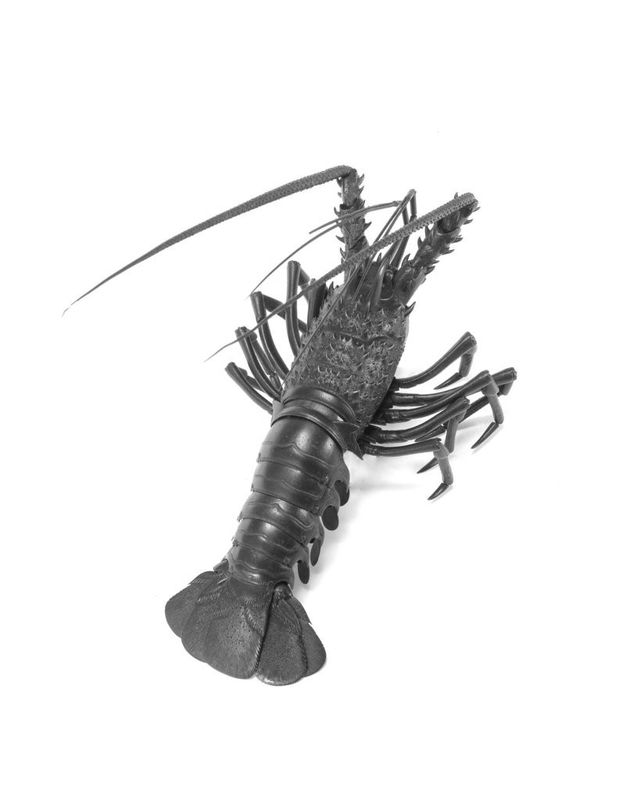 LONDON.- Five exquisite items from the Meiji Period, including delicate cloisonné and magnificent ironwork, will lead the Fine Japanese Art auction at Bonhams New Bond Street on 14 May. Estimates for the lots, made by some of the greatest craftsmen of the era, range from £5,000-8,000 to £30,000-40,000.

The top lot of the Meiji Period items in the auction is a fully articulated iron model of a spiny lobster, made by an unknown artisan. Estimated at £30,000-40,000, the model’s reddish-brown body is formed from individually cast, hammered and carved sections, painstakingly crafted to resemble the crustacean’s shell with finely chiselled details. The fully articulated joints allow the model life-like mobility, and it measures 43.7cm (17¼ inches) when the antennae are fully extended. The Meiji period began in 1868 with the defeat of the forces of the Tokugawa Shogunate, the last feudal military government of Japan, by the armies seeking the restoration of Emperor Meiji. The victory ushered in the new era of Meiji, meaning ‘enlightened rule,’ which lasted until the death of the Emperor on 30 July 1912. Under his rule, Japan underwent social, political and industrial revolution, and emerged as one of the world’s great powers.

The nation’s success during this period was reflected in the quality of its artisans, and Namikawa Yasuyuki (1845-1927), the creator of two items offered at Bonhams, was among the very greatest. Born in 1845, Yasuyuki started a cloisonné business in Kyoto in 1873 which grew to include more than 20 employees by the 1880s, selling to private clients and fulfilling imperial commissions. He won 11 overseas awards between 1876 and 1904, and built such an impressive reputation that his wares were purchased the moment they were unpacked at the 1900 Paris Exposition Universalle, selling for more than ten times their estimated price.

Two cloisonné enamel pieces by Yasuyuki, a jar and cover and a small vase, are offered at Bonhams with estimates of £8,000-12,000 and £12,000-15,000 respectively. The jar, worked with silver wire, depicts three sparrows standing among wild violets, with four sparrows in flight on the reverse. The domed cover is decorated with a band of stylised flower-heads. The vase, meanwhile, bears an all-over design of stylised cherry blossoms and roundels on a midnight-blue ground, worked with silver and gold wire. The rounded ovoid squat body worked in silver wire with three sparrows standing among wild violets on a light brown ground, the reverse with four sparrows in flight, applied with silver rims and supported with four bracket feet, the domed cover decorated with a band of stylised flowerheads corresponding to the decoration on the shoulder and surmounted with a silver chrysanthemum-finial; the base signed on a silver tablet Kyoto Namikawa. 11cm (4¼in) high. (2).

Note: Born in 1845 to a rural samurai family, Namikawa Yasuyuki started his cloisonné business in Kyoto in 1873 and by the 1880s was successful enough to build, and then extend and upgrade, a large compound that eventually included workshops housing 20 or more employees, a showroom, a family residence, and a garden with a fishpond. He used these facilities to create a carefully orchestrated private retail experience that was described in admiring detail by American and European travel writers, selling many of his finest wares directly to private clients, as well as carrying out imperial commissions and participating in international expositions. Between 1876 and 1904 he won 11 overseas awards and in 1896, along with his unrelated namesake the Tokyo enameler Namikawa Sosuke (the two family names are written with different characters), was among the first individuals to be appointed to the ranks of Teishitsu Gigeiin (Artist-Craftsmen to the Imperial Household, see also lot nos. 393, 401, 402, 403). Such was his reputation that at the 1900 Paris Exposition Universelle his wares were snapped up the moment they were unpacked and sold for up to ten times the amount anticipated. For a detailed biography of Namikawa Yasuyuki see Frederic T Schneider, The Art of Japanese Cloisonné Enamel: History, Techniques and Artists, 1600 to the Present, Jefferson NC, McFarland, 2010, pp.86–87. Intricately worked in silver and gold wire with an all-over design of stylised cherry blossoms and overlapping differently coloured roundels scattered over a midnight-blue ground, the neck and foot with matching floral arabesque motifs, signed on the base with chiselled cursive characters on a silver plaque Kyoto Namikawa, applied with a gold rim and foot; with wood storage box. 9cm (3½in) high. (2)..

The auction will also feature two cloisonné enamel works by Namikawa Sōsuke, one of the greatest craft entrepreneurs of the later Meiji era, best known for his set of 32 decorative panels commissioned for Tokyo’s Akasaka Rikyū Palace in 1909. But it was three decades earlier that Sōsuke began experimenting with musen shippō (wireless enamelling), his most enduring contribution to the art form. Previously, wire was required to fix enamels in place during the firing process, but Sōsuke improved the chemistry of the enamels so that they adhered more securely, allowing him to emulate the effects of brush painting on paper or silk.

The two Sōsuke pieces to be auctioned at Bonhams are a kidney-shaped tray, estimated at £10,000-15,000, and a box and cover, estimated at £5,000-8,000. The tray, worked in musen and silver wire, bears a design of two quails on a ground of pale grey rising to blue, while the reverse depicts cherry blossoms on a dark plum background. The box is decorated in wireless enamel with a prunus branch rising before a full moon. Worked in musen and silver wire with a design of two quails, the ground of a pale grey rising to light blue, within ashakudo rim, the reverse worked in gilt wire enamel with numerous densely patterned cherry blossoms in pale brown on a dark plum-coloured ground; signed in silver wire with a single character Sakigake (the seal of Namikawa Sosuke).26cm x 30cm (10¼in x 11¾in).

Note: One of the greatest craft entrepreneurs of the later Meiji era, Namikawa Sosuke was until recently best known in Japan for a set of 32 decorative panels commissioned for Tokyo's Akasaka Rikyu Palace, completed in 1909. These date from the last years of his very productive life, nearly three decades after he began to experiment with the technique known as musen shippo (wireless enameling), his most enduring contribution to an art form that developed at extraordinary speed in Japan between the mid-nineteenth century and the early years of the twentieth century. In Chinese cloisonné enameling, the wires separating the different areas of fused and polished enamels that made up a design also served to hold the enamels in place during the firing process, and the individual areas of color were relatively small. Sosuke, followed shortly after by his rivals, managed to improve the chemistry of the enamels so that they adhered more securely to the metal bases of his wares, allowing him to introduce large areas of color into his designs, although it is thought that wires between different colors still had to be painstakingly applied and removed at each stage of manufacture. Thanks to these and other technical breakthroughs, later Meiji-era enamelers were often able to emulate the effects of brush painting on paper or silk. In recognition of his achievements, in 1896 Sosuke was appointed to the order of Teishitsu Gigeiin (Artist-Craftsman to the Imperial Household). 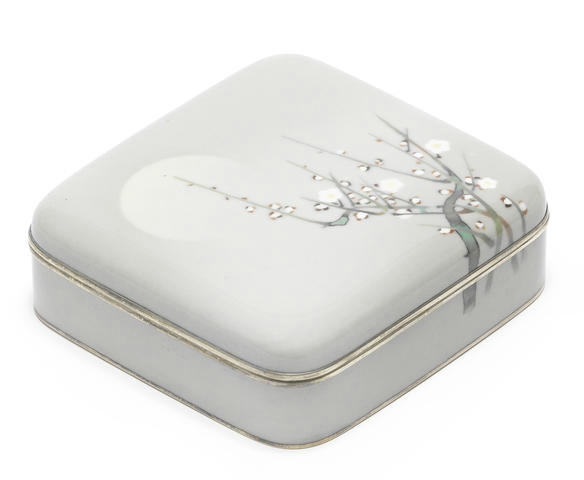 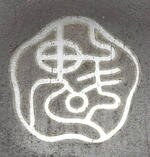 Of shallow rounded square form, bearing a pale-grey ground and decorated in musen shippo (wireless enamel) with a prunus branch rising up before the full moon, the rims mounted with shakudo and the interior of dark-brown enamel, the base signed in thick silver wire with the Sakigake mark of Namikawa Sosuke. 3.8cm x 12.4cm (1½in x 4 7/8in). (2).

The auction of these magnificent items follows the highly successful non-selling exhibition of Meiji-era craft, titled ‘Transformation, Summation, Creation’, which took place at Bonhams New York from 12 - 22 March as part of the Asia Week events. The exhibition showcased 22 works by some of the leading Japanese artists of the late 19th and early 20th centuries.