ALAMEDA, CA.- Michaan’s Fine Asian Works of Art auction presents vibrant and exceptional property in the forms of porcelains, jades, furniture, corals, artworks, decorative objects, scrolls, bronzes and textiles in an approximate 230 lot sale. Of particular note are fine paintings from definitive modern Chinese masters at auction. Revolutionary Chinese painter Fu Baoshi’s (1904-1965) hanging scroll Lady by the Bamboo is a star lot in Michaan’s Fine Asian Works of Art auction on Monday, June 22, 2015 ($150,000200,000). Baoshi is regarded as the most original figure painter and landscape artist of China’s modern period and, on the whole, one of the most important Chinese artists of the 20th century. Throughout his forty-year career his works exhibited the creativity of a great individualist master, in which he forged his own stylistic path. Baoshi felt Chinese paintings relied too heavily on the monochromatic as well as on calligraphy brushwork. In response, he became a leader in reforming traditional Chinese painting styles, as seen in his unique compositions, use of color and dramatic ink-washes. The groundbreaking and non-conformist Baoshi is also said to have created some of his best work while inebriated, as he felt it kept him emotionally and physically present as an artist. Professionally, Baoshi’s influence runs deep, as some of his accomplishments include the appointment of Director at the Jiangsu Province Chinese Painting School, Vice-Chairman of the Federation of Chinese Artists, art teacher at what is now known as Nanjing University and a recognized founder of the New Jinling School of Fine Arts.

Baoshi’s individualistic take on composition stands front and center in Lady by the Bamboo. The subject’s unusual orientation towards the left of the ink and color on paper scroll as well as the vantage point of her gaze are quite unorthodox. The focus of her stare lies outside of the realm of the painting, adding a layer of mystery and an imaginative quality to the piece as well. Mr. and Mrs. David Galula originally acquired this unique piece in China sometime between the years of 1945-1949. Mr. Galula (1919-1967) was a French military officer, scholar and instrumental figure in developing the theory and practice of counterinsurgency warfare. He chronicled his experiences in two books: Pacification in Algeria (published in 1963) and Counterinsurgency Warfare: Theory and Practice (published in 1964). Lady by the Bamboo is inscribed and dated to 1945 with two visible artist seals. The complete work measures approximately 44 ¼ by 13 inches. Lin Fengmian’s (1900-1991) watercolor Lady with Flute is yet another exemplary work of art in the sale ($20,000-30,000). The groundbreaking artist is credited with taking modern Chinese painting in new directions, as he combined both Chinese and Western artistry into one harmonious style. Fengmian’s influences were drawn from the Han, Song and Yuan dynasties as well as from masters such as Henri Matisse, Pablo Picasso and Georges Rouault. In 1927 Fengmian became a member of the Committee for the National Art Education and also established the National Art College, now known as the Zhejiang College of Fine Arts. In 1938 he was appointed director of the National Art Academy, becoming an influential figure in the development of Western art training in China. He came to teach some of the most recognized Chinese artists of the 20th century, including names such as Zhao Wuji, Li Keran and Wu Guanzhong. Unfortunately, Fengmian’s success was not without tragedy, as he became a target of the Cultural Revolution who destroyed many of his works. In 1977, the Revolution ended and he resumed a successful career, wherein he also attempted to recreate many of his lost pieces.

Lady with Flute is a study of simple lines, refined brush stoke and skillful use of color saturation. It is apparent that Fengmian’s minimalist technique hardly bypasses genius of expression in the rendition of a tranquil maiden playing a bamboo flute. His careful use of applied color shows the artist’s range, beautifully depicting natural sunlight streaming through a window as well as the richness of a ribbon cinching the beauty’s dress at her waist. His sharp yet soft brushwork also creates dainty and feminine characteristics, from delicate facial features to small and graceful hands. The gentle image is finished with the artist’s signature and seal upon the lower left hand corner, with a total sight measurement of 8 ½ by 13 inches. 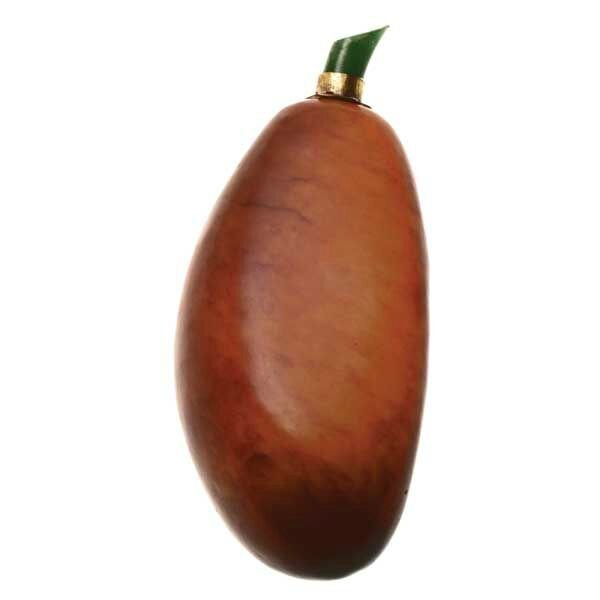 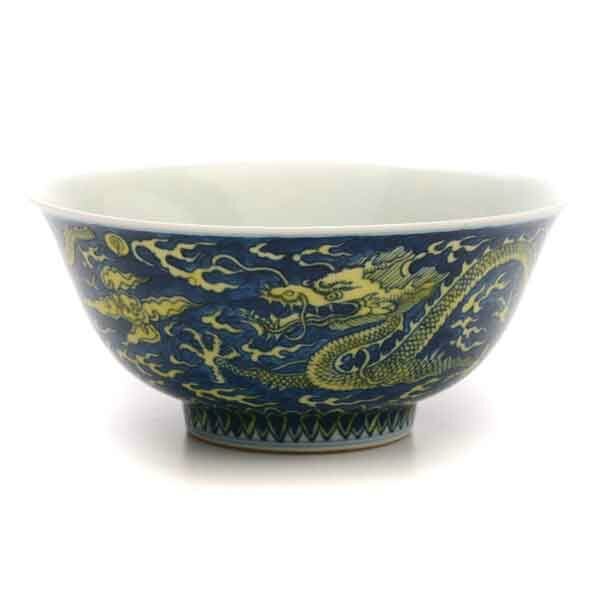