'Treasures and Talismans: Rings from the Griffin Collection' at The Cloisters in New York

'Treasures and Talismans: Rings from the Griffin Collection' at The Cloisters in New York 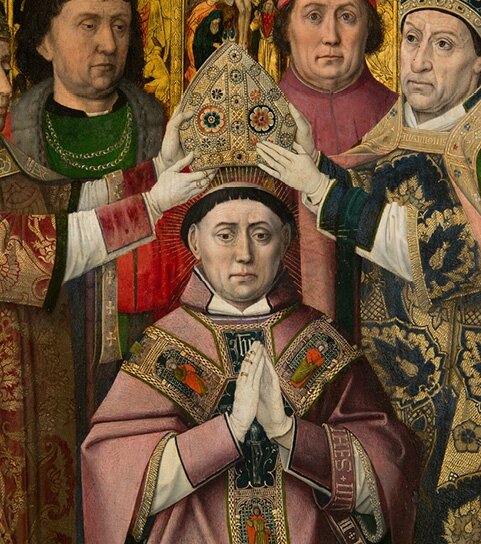 New York - Worn by women and men, finger rings are among the oldest and most familiar forms of jewelry. In addition to their use as personal adornments, rings can serve as declarations of status, markers of significant life events, expressions of identity, and protective talismans. Some three dozen ancient, medieval, and later examples are shown in the exhibitionTreasures and Talismans: Rings from the Griffin Collection, that opened May 1 at The Cloisters—a branch of The Metropolitan Museum of Art devoted to the art and architecture of the Middle Ages. The collection is named after the mythical creature that was part lion and part eagle. In medieval lore, the griffin was often a guardian of treasure and was known for seeking out gold in rocks—hence its fitting use for this private collection of precious gold rings.

The exhibition is made possible by the Estate of Eldridge Greenlee.

The rings are displayed alongside two dozen related works in a range of media, including paintings, illuminated manuscripts, sculpture, and goldsmith work spanning the late second-third century A.D. to the 16th century from the Metropolitan’s departments of Greek and Roman Art, European Paintings, European Sculpture and Decorative Arts, Medieval Art and The Cloisters, and the Robert Lehman Collection. The Petrus Christus painting A Goldsmith in his Shop (1449), for example, shows a goldsmith weighing a wedding ring, while raw materials for making rings and other forms of jewelry and finished products line the shelves of the shop. Exploring the making of rings from raw material to finished product and from goldsmith to owner, the exhibition highlights rings as both physical objects and works of art. The significance of rings in the lives of medieval and Renaissance people is a featured topic. Also discussed is the connection of rings to religion, superstition, love, marriage, and identity.

The installation is organized by C. Griffith Mann, the Michel David-Weill Curator in Charge of the Department of Medieval Art and The Cloisters. Exhibition design is by Michael Langley, Exhibition Design Manager; graphics are by Mortimer Lebigre, Graphic Designer; and lighting is by Clint Ross Coller and Richard Lichte, Lighting Design Managers, assisted by Amy Nelson, Assistant Lighting Designer, all of the Museum’s Design Department. 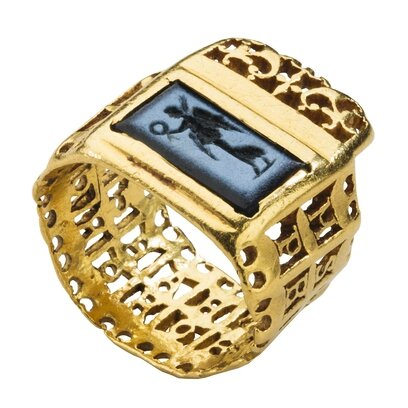 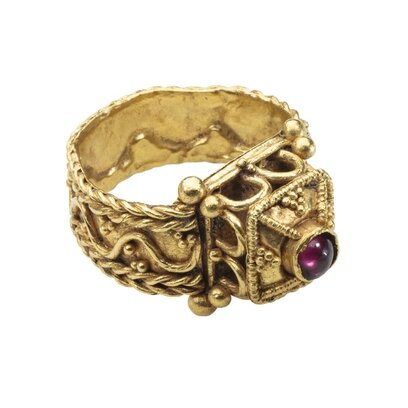 Commentaires sur 'Treasures and Talismans: Rings from the Griffin Collection' at The Cloisters in New York