An important ruby and diamond ring

An important ruby and diamond ring 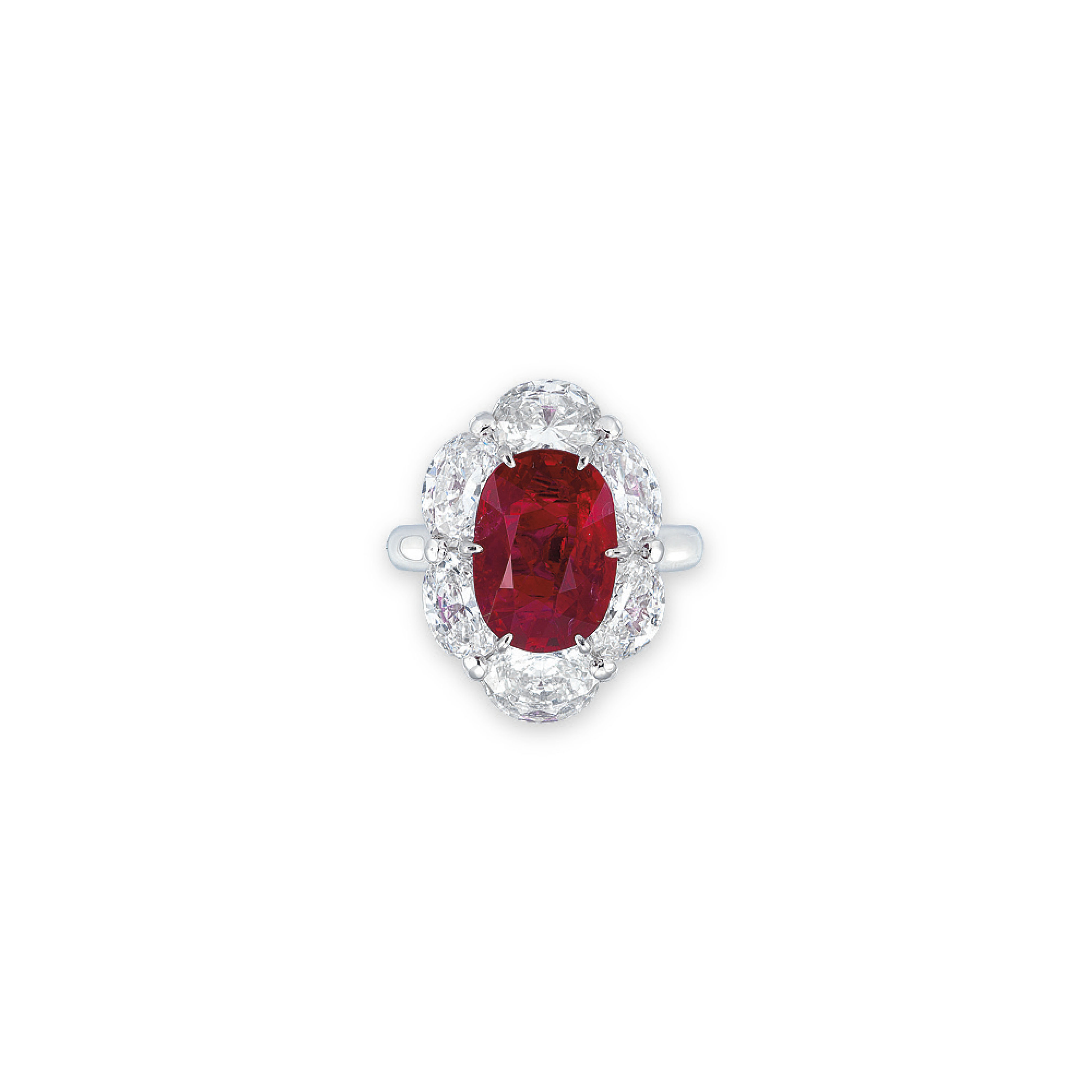 Accompanied by report no. 78694 dated 10 March 2015 from the SSEF Swiss Gemmological Institute stating that the approximately 5.00 carat ruby is of Burma (Myanmar) origin, with no indications of heating; also accompanied by an appendix stating that the ruby possesses extraordinary characteristics and merits a special mention and appreciation. The ruby exhibits a beautifully saturated colour combined with a very fine purity. The small inclusions found by microscopic inspection represent the hallmarks of rubies from the classical ruby mines in the Mogok valley in Burma (Myanmar). Its attractive and vivid red colour is due to a combination of well-balanced trace elements in this gemstone, characteristic for the finest rubies from Mogok. A natural ruby from Burma of this quality is rare and exceptional

Also accompanied by report no. 0706563 dated 28 June 2007 from the Gübelin Gemmological Laboratory stating that the 5.02 carat ruby is of Burma (Myanmar) origin, with no indications of heating and this colour variety may also be called "pigeon's blood red" in the trade