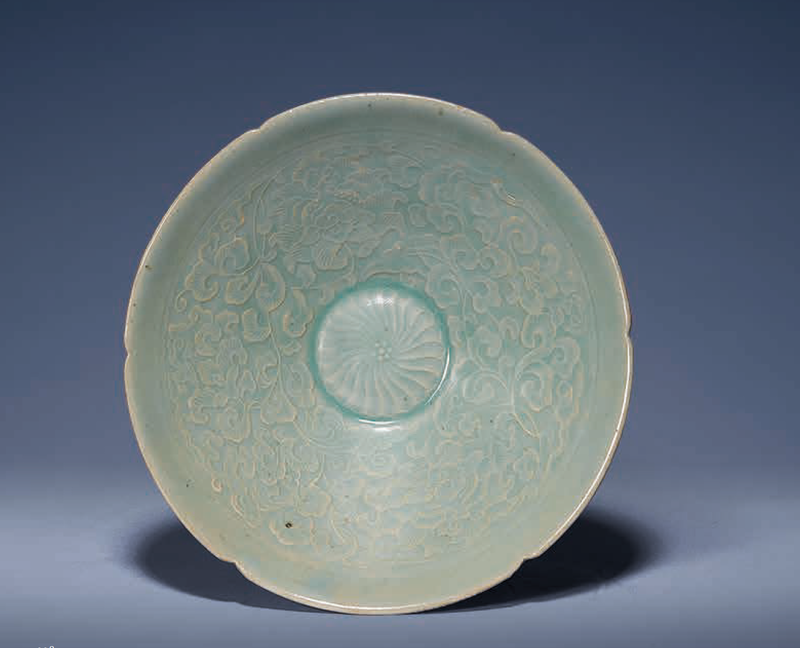 The bowl is potted with wide flaring sides rising to a notched rim, and is moulded on the interior with a central flower head below a wide band of leafy floral meander bearing two large blossoms in bloom. The whole is covered with a glaze of soft sea-green tone. 6 7/8 in. (17/6 cm.) diam., Japanese wood box