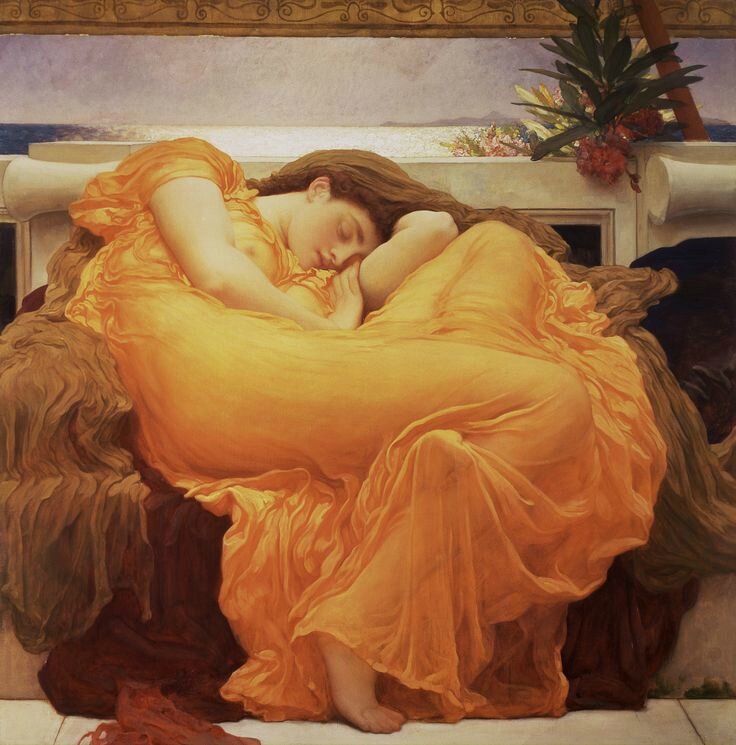 NEW-YORK - At the end of his career, the British artist Frederic Leighton painted thenow-iconic image of a sleeping woman in a vivid orange gown. This nineteenth-century masterpiece embodies the modern philosophy of “art for art’s sake,” the belief that the value of art lies in its aesthetic qualities rather than in its subject matter. The sensuously draped figure — freed from any narrative context — is integrated into a harmonious ensemble of rhythmic lines and radiant color. On loan from the Museo de Arte de Ponce in Puerto Rico, Flaming June make

This exhibition is organized by Susan Grace Galassi, Senior Curator at The Frick Collection, and will be accompanied by an illustrated catalogue with essays by Galassi and by Pablo Pérez d’Ors, Associate Curator of European Art, Museo de Arte de Ponce(link is external). The exhibition is made possible by The Peter Jay Sharp Foundation and Mr. and Mrs. Juan A. Sabater.

The exhibition is made possible by The Peter Jay Sharp Foundation and Mr. and Mrs. Juan A. Sabater.