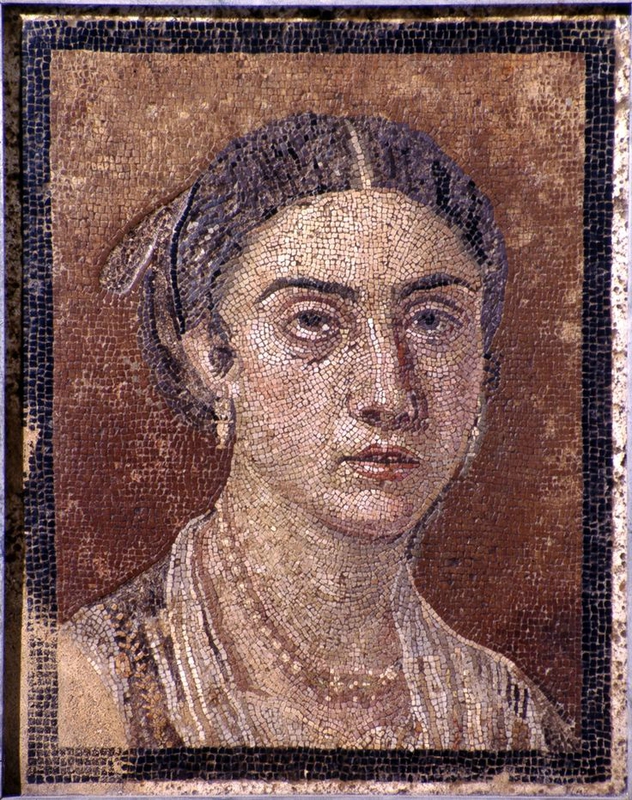 Portrait of a Woman. Mosaic; limestone, MANN 124666 © The Superintendence for the Archaeological Heritage of Naples (SAHN)

TORONTO.- The Royal Ontario Museum hosts the Canadian premiere of Pompeii: In the Shadow of the Volcano from Saturday, June 13, 2015 to Sunday, January 3, 2016. On display in the Garfield Weston Exhibition Hall, the exhibition includes approximately 200 evocative objects that tell the dramatic story of Pompeii, an ancient Roman city captured in time by ash and debris that buried it during a volcanic eruption. Pompeii focuses on the people living in the city, revealing the fragility of life in the face of natural disaster. Objects, many seen for the first time in Toronto, are loaned by The Superintendence for Archaeological Heritage of Naples and The Archaeological Depositories of Pompeii, Herculaneum, and Stabiae.

Bracelet in the form of a snake, 1st century BC-1st century AD. Gold © The Superintendence for the Archaeological Heritage of Naples (SAHN)

Nearly 2000 years ago—in Year 79—Mount Vesuvius, a long dormant volcano in southern Italy, erupted with tremendous force. Within 24 hours, Pompeii vanished in a rain of ash, falling debris, mud, and poisonous gaseous blasts, remaining hidden for nearly 1700 years until archaeological excavations uncovered it nearly intact. With its eruption, the volcano transformed a relatively minor Roman city into one of the most famous sites in the world. Wall painting depicting the distribution of bread, 1st century BC - 1st century AD. Limestone © The Superintendence for the Archaeological Heritage of Naples (SAHN)

"The ROM’s exhibition brings to Toronto a wide range of artifacts from Pompeii, a designated UNESCO World Heritage Site. It will provide visitors a glimpse into life in an ancient Roman society and the volcano that destroyed it. However, with natural disasters frequently occurring around the world, Pompeii also emphasizes history’s relevance to our lives today,” says Janet Carding, ROM Director and CEO. Pompeii and its fate are explored through six distinct sections that examine the chronology of the disaster, from bustling city life to the eruption of Mount Vesuvius, as well as its devastating toll and aftermath Exhibition highlights include a pair of life-sized marble portrait statues of a young man and woman and fine statues of Roman gods in marble and bronze. Gladiators’ equipment reveals a popular entertainment while tools and objects including coins and scales illuminate daily commercial life. Domestic scenes include lavishly decorated villas with large-scale wall paintings, mosaics, and elegant furnishings. Gardens embellished with stunning sculptures demonstrate Pompeians’ taste for luxury as do lavish silver dining ware and exquisite jewellery of gold and precious stones. Most powerful are dishes containing carbonized figs and olives—food about to be eaten at the moment disaster struck. 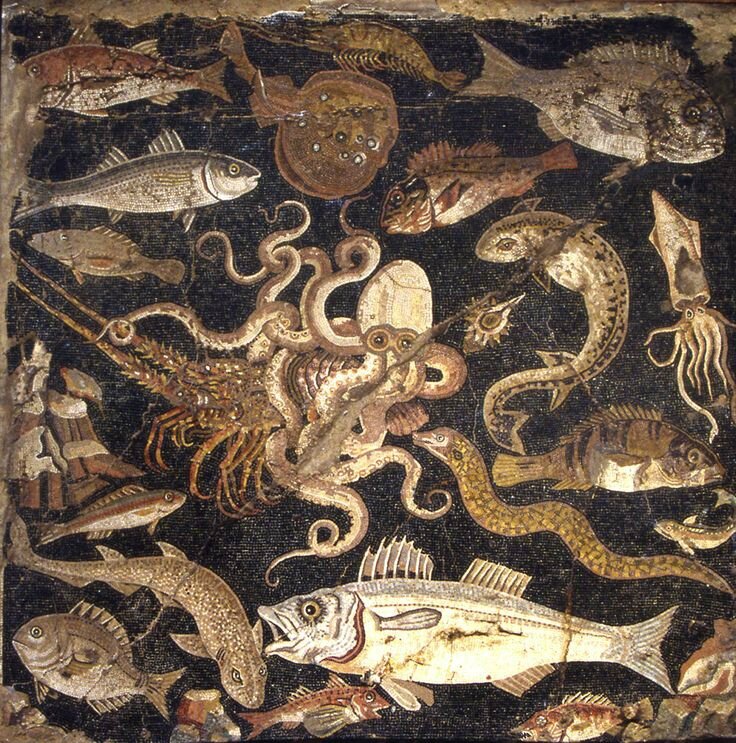 Fish Mural © The Superintendence for the Archaeological Heritage of Naples (SAHN)

The exhibition’s central dramatic moment features a survivor’s eyewitness account—one of history’s first scientific observations of a volcanic eruption—by the Roman author Pliny the Younger. The devastating loss of life is illustrated with the poignant presence of casts of those who perished. 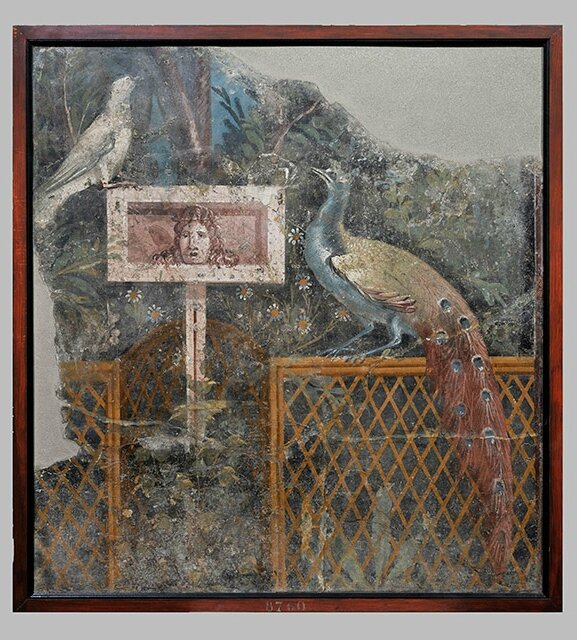 Pompeii is curated by Paul Denis, Assistant Curator in the ROM’s World Cultures department, Dr. Kate Cooper, former Rebanks Fellow in Classical Archaeology; and Katherine Dunnell, a technician in the Museum’s Earth Sciences department. Lead curator Denis says, "Pompeii is among the world’s most remarkable archaeological sites. Ironically, while the city was destroyed by this eruption of Mount Vesuvius, the catastrophe preserved much of what made up life in Pompeii — providing an unprecedented look into an ancient civilization.” Archaeologists have identified 1,150 bodies of those who remained in the city, either as skeletons or plaster casts. The plaster body casts are reconstructed from cavities left in the ash by people and animals that perished during the eruption. Their bodies eventually decayed, leaving behind a perfect mould with their imprint. The casts were created by pouring diluted plaster into these hollow spaces; after the ash was chipped off, faithful replicas of humans and animals were revealed.